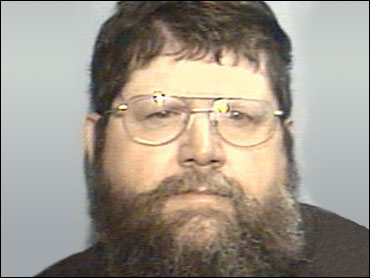 The gunman suspected of slaying eight people at a North Carolina nursing home was stopped by a single shot to the chest fired by a decorated police officer responding to a 911 call.

Carthage Police Chief Chris McKenzie said Monday that police are still working to uncover the motives of 45-year-old Robert Stewart for a rampage in the Pinelake Health and Rehab center on Sunday that claimed the lives of seven residents and a nurse.

It ended when 25-year-old Officer Justin Garner wounded Stewart in a hallway.

Garner was the only officer on the scene when he entered the facility and confronted the shooter, and received three "pellet wounds" to his leg and foot -151; apparently from a shotgun blast.

"If that's not heroism I don't know what is," McKenzie said, calling his officer's performance "phenomenal."

He said Garner is resting in home and is in good spirits, and is expected to return to the force after undergoing additional surgery, reports CBS News correspondent Bob Orr.

Court records said Stewart is not scheduled to appear in court until next week on eight counts of first-degree murder and a charge of felony assault of a law enforcement officer.

Investigators are looking into whether Stewart may have targeted the facility because his estranged wife worked there, police said Monday.

McKenzie said investigators are looking at whether what he called domestic issues may have been the motive for Stewart to open fire on his defenseless victims. Investigators said multiple weapons were recovered at the scene.

The News & Observer of Raleigh reported Monday that Stewart's estranged wife is Wanda Luck, who works as a certified nurse assistant at the nursing home. Public records indicate she shared an address with Stewart in Carthage. Mark Barnett, a neighbor of Luck's parents, told the newspaper that Luck was working at the home on Sunday.

Police could not immediately be reached to confirm her identity.

Police said Stewart killed seven residents and a nurse at the Pinelake Health and Rehab center in Carthage, N.C., and wounded three other people; their wounds are not considered life-threatening.

The condition of Stewart, also hospitalized, is unknown.

Carthage is about 60 miles southwest of Raleigh.

The gunman seemingly picked his targets at random, moving from room to room inside Pinelake, deciding who would live and who would die, reports Orr.

"He was shooting the residents and the workers," said Tammy Clark, the daughter of one resident. "He went into some of the rooms and shot some of the people right there in bed."

In all 11 people were shot, eight of them fatally, including Jerry Avant Jr., 39, a male nurse whom doctors say apparently died trying to shield others.

Avant's fiancée, Jill DeGarmo, told CBS News that Avant was shot 27 times while trying to warn people about the shooter.

His father said, "He undoubtedly saved a lot of lives, before he went down."

The other victims were all elderly patients, ranging in age from 78 to 98.

The spree ended in a nursing home hallway when Stewart traded shots with police officer Justin Garner. Both men were wounded, Corporal Garner shot in the leg.

Moore County District Attorney Maureen Krueger said, "He acted in nothing short of a heroic way today, and but for his actions, we certainly could have had a worse tragedy."

Outside Pinelake investigators found a camouflaged-colored weapon leaning against the side of a Jeep Cherokee in the parking lot.

Not long after the shooting, friends and family of Pinelake residents and employees started to gather at the First Baptist Church of Carthage. They were frustrated by the lack of immediate news about who had died, said Lea Chandler, a volunteer with the Moore County chapter of the American Red Cross.

Chandler said she saw two women and their husbands get the news that their mother had been killed.

(AP Photo/Gerry Broome)
Sue Griffin (left), who said she was an ex-wife of Stewart's who hadn't spoken with him since their 2001 divorce, told reporters that in the past Stewart had exhibited "violent tendencies" from time to time.

"He'd get mad because of things that didn't go his way. He never really hurt me, but he would get mad and blow up," she said.

Griffin, who divorced Stewart after 15 years of marriage, said he had been trying to reach her during the past week through family members.

She said Stewart claimed to have cancer and needed to go away. But he gave no hint of the violence he had planned for this quiet Carolina town.