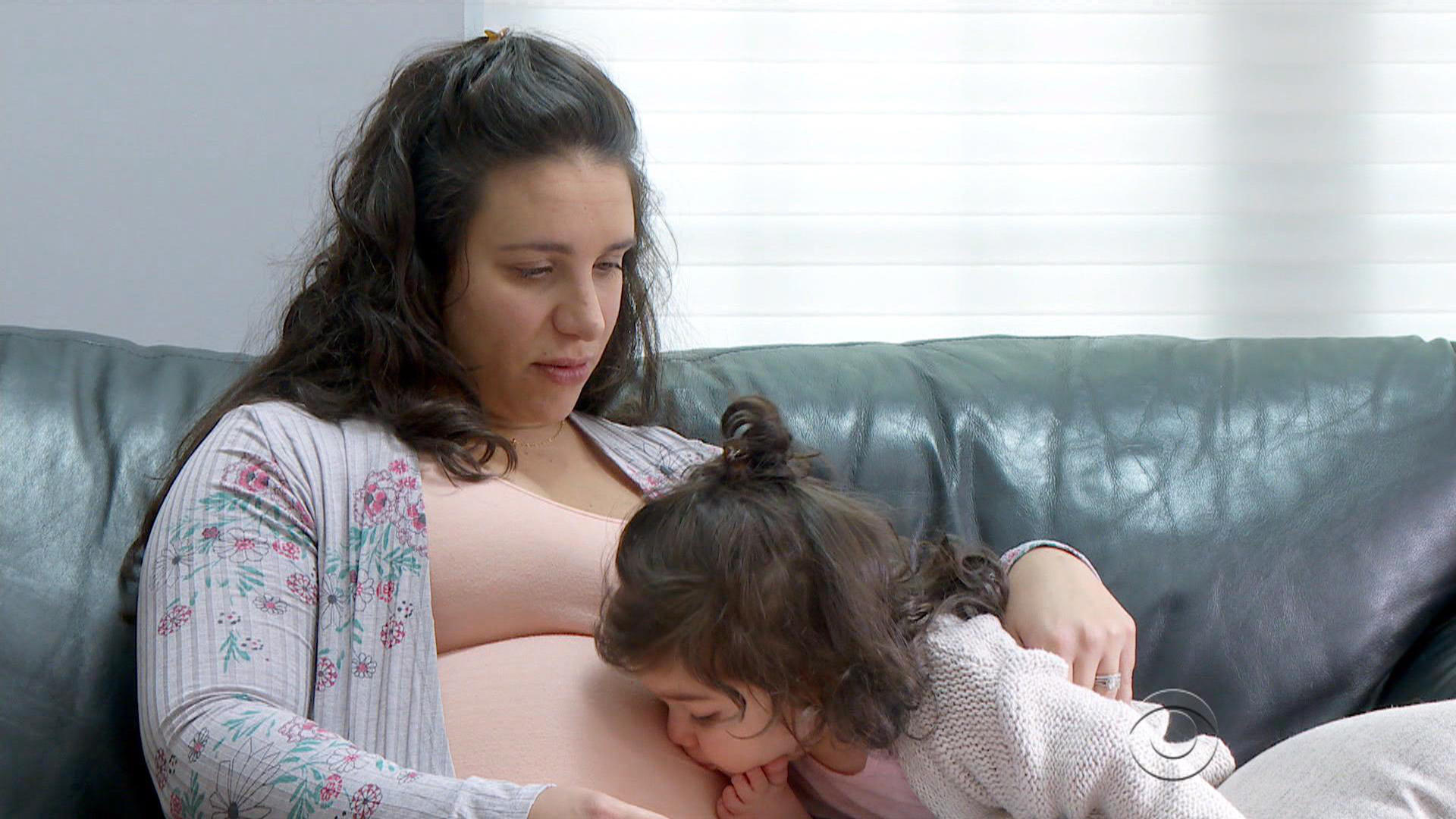 Before her daughter Brooke was born in November of 2015, Alessandra -- who asked CBS News not to use her last name -- hadn't given much thought to the politics of motherhood.

"A lot of us who aren't in the situation are blind to it," she told us.

But now, as she's expecting her second child, she's speaking out as part of a growing push for guaranteed maternity leave in America.

"Even toward the end of my pregnancy I found myself crying and thinking ... why am I bringing a baby into this world when I can't even spend my time with her," Alessandra said.

The United States is the only developed country that does not promise paid leave to new parents.

In the past two decades, support for paid maternity leave has grown to 82 percent, according to Pew Research.

But in that same time, there's been zero increase in the number of women actually using parental leave of any kind.

Jay Zagorsky is an economist at The Ohio State University.

"This is rather surprising since the U.S. economy has grown by two-thirds over that time frame," Zagorsky said.

Nationally, 88 percent of workers have no access to paid leave through their employers. Although these policies are expanding, Zagorsky said at the current pace it would be 200 years before all Americans are covered.

"There are actually only four countries in the world that don't provide any paid leave and those four countries are the United States, Swaziland, Liberia and Papa New Guinea. I'm not sure we really want to be in that category," he said.

Through her job at a small financial company, Alessandra got six weeks of unpaid leave. She bumped it up to nine weeks using vacation days -- then reluctantly put her daughter into daycare.

"I couldn't sleep at night, I just cried myself to sleep for days. I didn't know if I can handle it. It felt like I was having a panic attack about leaving her with someone else," Alessandra said.

She had every hope of resuming her career, but between her and her husband's work schedules and the costs of childcare, her family was in the red -- emotionally and financially.

"You shouldn't have to win the lottery … in order for you to go back to work and do something you love while still being a mom," she pointed out.

President Trump has pledged to extend six weeks of paid leave to all working mothers. That is less than half of what the United Nations says should be the bare minimum.