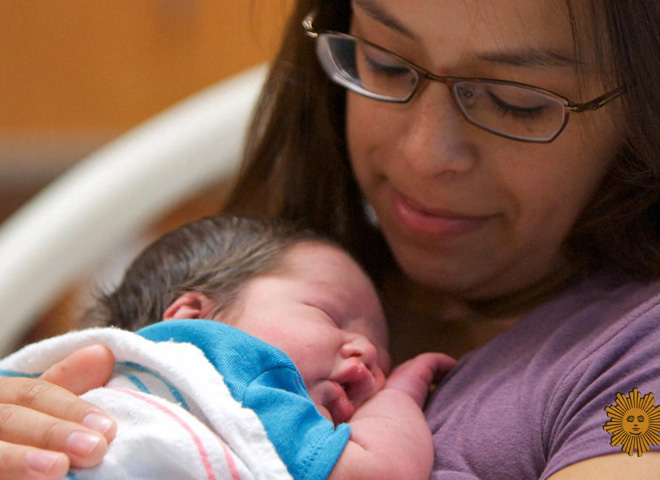 America's veneration of motherhood, great as it is, doesn't go far enough in the view of Silicon Valley executive Susan Wojcicki:

In 1999 I joined a small company called Google, when I was four months pregnant. Back then, we were a start-up, with only 15 employees and no maternity leave policy. Today, we have a great policy: any woman at Google or YouTube in the United States gets 18 weeks of paid maternity leave. Last year, I took my fifth (yes, fifth!) maternity leave at Google.

Having experienced how valuable paid maternity leave is to me, my family and my career, I never thought of it as a privilege. But the sad truth is that according to the U.N., the U.S. is one of only two countries in the world that doesn't offer government-mandated paid maternity leave.

The other country? Papua New Guinea.

While a few generous employers and a handful of states do offer it, that only covers 12% of private-sector workers, according to the Department of Labor.

The Family and Medical Leave Act of 1993 was a step in the right direction, but it calls for unpaid leave, and doesn't cover 40% of workers in the U.S.

According to one survey, a quarter of all women in the U.S. return to work fewer than 10 days after giving birth, leaving them less time to bond with their children, making breast-feeding more difficult, and increasing their risk of postpartum depression.

But paid maternity leave isn't just good for mothers and babies; it's good for business, too. After California instituted paid leave, a survey showed that 91% of all employers said the policy either boosted profits or had no effect. Employers also noted improved productivity, higher morale and reduced turnover.

I've been lucky to have the support of a company that values motherhood. But support for motherhood shouldn't be a matter of luck; it should be a matter of course. Paid maternity leave is good for mothers, families and business. America should have the good sense to join nearly every other country in the world in providing it.

Susan Wojcicki is the CEO of YouTube, which Google acquired in 2006.