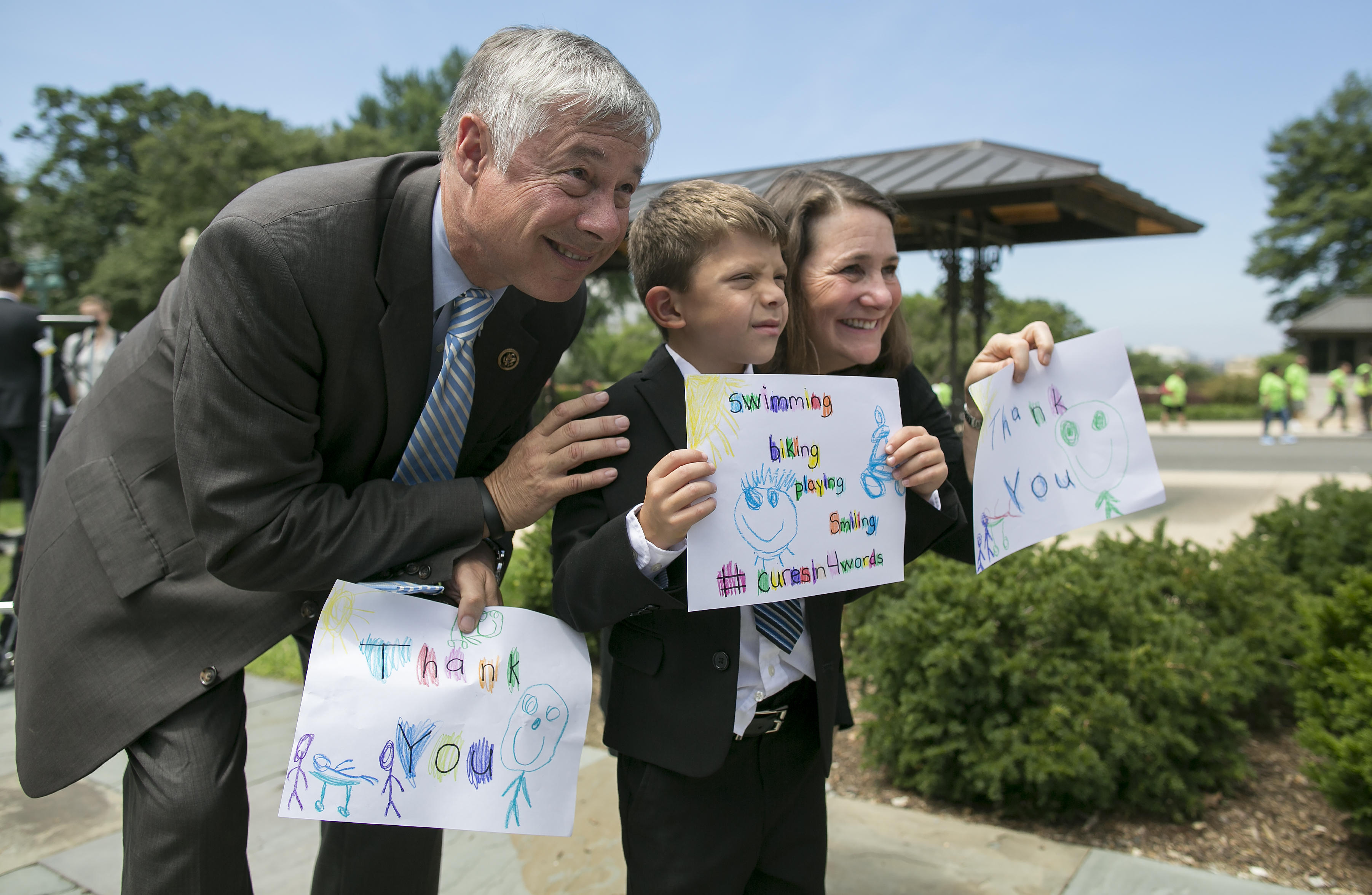 The House passed legislation intended to accelerate the “discovery, development and delivery” of treatments for patients with unmet medical needs on Wednesday evening after spending more than two years in political limbo.

Next it heads to the Senate for a vote. If passed, the 21st Century Cures Act would allocate more funding to the National Institutes of Health (NIH) and the Food and Drug Administration (FDA) that will help them move new drugs and devices through the approvals process more efficiently, says Paul Melmeyer‎, associate director of Public Policy at National Organization for Rare Disorders.

“It gives them more tools to determine and assess safety and effectiveness within therapies--tools they they may not have had otherwise statutorily, but now Congress is giving them the ability to use,” he told CBS News.

For many--particularly those lawmakers who recently lost reelection-- the so-called “Cures Act” is one of the few remaining opportunities for the 114th Congress to pass a big measure before the end of the legislative session.

What does the bill do?

First introduced by Rep. Fred Upton, R-Michigan, in May 2015, the Cures Act aims to expedite the process of approving and introducing potentially life-saving drug therapies into the market for consumer use, principally by increasing funding to the FDA and NIH. Proponents say that the $500 million dollars allocated to the FDA over the next decade would allow the federal agency to update and expand electronic health record systems to ensure that the new drugs and devices can be delivered to the right patients.

“There’s so much to like within the bill,” Melmeyer said, citing its expansive reach to vulnerable populations.

“This is particularly important for us at the National Organization for Rare Disorders because we represent about 30 million Americans with rare diseases, and over 95 percent of rare diseases do not have a FDA indicated treatment,” he said. “There are only about 375 rare diseases that have a treatment indicated for their disease that has been approved by [the] FDA.”

That’s out of the approximately 7,000 known rare diseases, Melmeyer added.

In July 2015, the House approved the bill, but the Senate rejected it, sending the bill back to the drawing board. Since then, the bill has been reworked to include $4.8 million dollars to the NIH, which would help advance President Obama’s Precision Medicine Initiative, bolster Vice President Biden’s “Cancer Moonshot” research, and fund Alzheimer’s research.

In a statement following the vote, the White House applauded the House for making “advances in health,” and urged the Senate to do the same. “The bill is not perfect,” the statement read, but noted that the legislation’s investment in mental health and in combating the opioid epidemic surpasses the bill’s faults.

What do critics say?

Dr. Diana Zuckerman of the National Center For Health Research described the Cures Act as a “misnomer to start with.” She cited two issues with the bill: it lowers the standards for medical products, drugs and devices -- and the money outlined in the bill is promised, not guaranteed.

Both concerns could have severe implications, she explained, by saturating the market with ineffective FDA-approved drugs and increasing overall medical costs.

Those concerns haven’t escaped prominent politicians like Vermont Sen. Bernie Sanders and Massachusetts Sen. Elizabeth Warren. Prior to the vote Wednesday morning, Sanders spoke about the “greed of the pharmaceutical industry,” urging Congress to stand up to corporations instead of giving them “handouts” and “giveaways.”

On Monday, Warren blasted the bill, saying she knows the difference between “compromise and extortion.” And one of her chief complaints echoed the concerns of Zuckerman: Warren described the $4.8 billion allocated to the NIH as a “fig leaf” compared to what was initially requested, $8.75 billion.

“And most of that fig leaf isn’t even real,” Warren said. “Most of the money won’t really be there unless future Congresses pass future bills in future years to spend those dollars.”

The 21st Century Cures Act is one of the most lobbied pieces of legislation in recent history. According to the Center for Responsive Politics, more than 1,455 lobbyists representing 400 companies have made their case for, or against, the Cures Act. That equates to three lobbyists for every lawmaker on Capitol Hill.

Zuckerman described the Cures Act as an “effective lobbying campaign,” referring to the idea of exploiting patients’ vulnerability and appealing to people’s empathetic tendencies.

“It’s really unfortunate how desperate patients, and desperate parents of patients with rare diseases, have been used to lobby for a bill thinking that it’s actually going to benefit them when it isn’t,” she said.

“Anybody who knows anything about NIH research will tell you that the vast majority of research that NIH does is what’s called ‘basic research.’ It takes many, many years to go from basic research at NIH to a product that can be tested on a human being, and even more years before it’s proven to be safe and effective for patients.”

The shear amount of publicity the legislation has been noteworthy. Cures Act sponsor Sen. Upton wrote about the legislation’s inspiration on the popular publishing platform Medium, which included a photo of him with two young girls who have spinal muscular atrophy. Campaigning efforts created a loyal following on social media with #Path2Cures, as well.

Zuckerman, who spent a number of years on Capitol Hill pushing for heath reform and advocating for safe treatments, said that her opposition to the bill doesn’t equate to an apathy for patients and their illnesses.