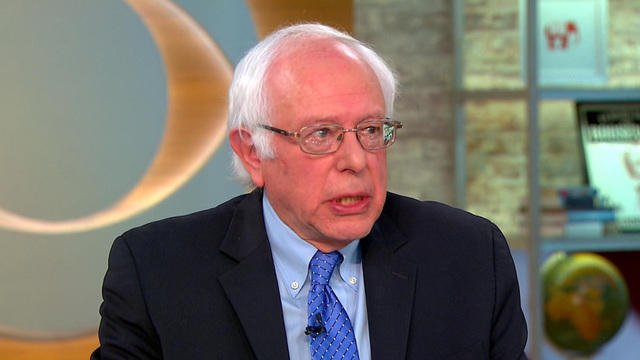 Sen. Bernie Sanders on Monday lambasted the Democratic Party for failing to pay attention to white working class voters during the election.

“There needs to be a profound change in the way the Democratic Party does business. It is not good enough to have a liberal elite,” Sanders said in an interview on “CBS This Morning.”

“I come from the white working class and I am deeply humiliated that the Democratic Party can’t talk to the people where I came from,” he added.

Sanders, who ran in the Democratic presidential primary but became an independent again, said that Democrats have to feel the pain of working people, take on the billionaire class, Wall Street and drug companies. He said that Trump tapped into their angst and anger “effectively.”

Asked if he thinks he would have won if he were the Democratic nominee instead of Hillary Clinton, Sanders said, “Hindsight is great, Charlie. I don’t know the answer to that. Maybe, maybe not.”

“She should have won this election by 10 percentage points. The question is why is it that millions of white working class people who voted for Obama turned their backs on the Democratic Party,” Sanders said.

He said that he supports Rep. Keith Ellison, D-Minnesota, to be the chairman of the Democratic National Committee (DNC). Sanders said Ellison, who became the first Muslim member of Congress in 2007, will “shake up the Democratic Party.”

Asked if the Electoral College should be abolished given the fact that Clinton is winning the popular vote, Sanders said, “Yeah, I think this is something we should be talking about. I think a campaign for president should not be in 15 states.”

Sanders also left the door open when asked if he plans to run for president again.

“A little bit early to be talking about that,” he said.