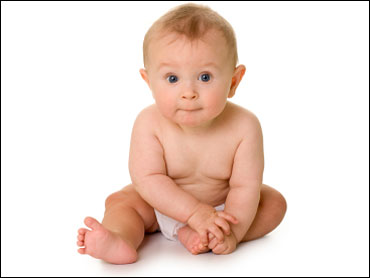 Most babies born in rich countries this century will eventually make it to their 100th birthday, new research says.

Danish experts say that since the 20th century, people in developed countries are living about three decades longer than in the past. Surprisingly, the trend shows little sign of slowing down.

In an article published Friday in the medical journal Lancet, the researchers write that the process of aging may be "modifiable."

James Vaupel of the Max Planck Institute in Germany and colleagues in Denmark examined studies published globally in 2004-2005 on numerous issues related to aging. They found life expectancy is increasing steadily in most countries, even beyond the limits of what scientists first thought possible. In Japan, for instance, which has the world's longest life expectancy, more than half of the country's 80-year-old women are expected to live to 90.

"Improvements in health care are leading to ever slowing rates of aging, challenging the idea that there is a fixed ceiling to human longevity," said David Gems, an aging expert at University College London. Gems was not connected to the research, and is studying drugs that can lengthen the life span of mice, which may one day have applications for people.

"Laboratory studies of mice, including our own, demonstrate that if you slow aging even just a little, it has a strong protective effect," he said. "A pill that slowed aging could provide protection against the whole gamut of aging-related diseases."

While illnesses affecting the elderly like heart disease, cancer and diabetes are rising, advances in medical treatment are also making it possible for them to remain active for longer. The obesity epidemic, however, may complicate matters. Extra weight makes people more susceptible to diseases and may increase their risk of dying.

In the U.S., data from 1982 to 2000 showed a major drop in illness and disability among the elderly, though that has now begun to reverse, probably linked to the rise in obesity.

The greying population will slowly radically transform society, and retirement ages may soon be pushed back, said Richard Suzman, an aging expert at the U.S. National Institute on Aging.

"We are within five to 10 years of a watershed event where there will be more people on earth over 65 than there under five," he said. "Those extra years need to be financed somehow and we need to start thinking about it now."