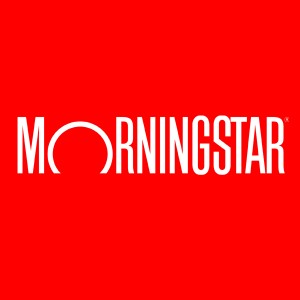 Morningstar just launched its new forward-looking rating system for mutual funds. It's intended to be a better predictor of future performance than its famous star rating system. I spoke to Morningstar's managing director, Don Phillips, about their new ratings and what it means for investors.

Last year, Morningstar conducted a study that determined fund fees were a better predictor of future performance than their own star ratings. Though it often gets lost in translation by the media, Philips noted their key finding was that a combination of a fund's costs and star rating made for an even better predictor of a fund's future performance in each category. Philips stated that this new ranking system goes even beyond those two measures to help investors choose funds within each category.

Morningstar launched the new ratings for 349 funds. This new system gives each fund a rating characterized as gold, silver, bronze, neutral, or negative. Phillips was quick to say that Morningstar isn't making a market call, by which he means they aren't predicting whether markets will go up or down or which parts of markets will do better.

The rating system is designed to predict future performance relative to other funds in the same category. For example, a gold rated large cap blend U.S. stock fund would be expected to outperform a negative rated fund in that category, over a long period of time. The gold rated fund has more strengths and fewer weaknesses than the negative fund.

More than 75 percent of the 349 funds initially rated were given a gold or silver rating. Phillips stated that this was because the initial funds selected were heavily weighted towards another Morningstar system known as "analysts picks." Phillips says Morningstar hopes to rate 1,000 additional funds over the next year and expects a lower average rating for future funds to be included.

The new methodology uses "five pillars" in evaluating each fund. These are:

-- People: Who is running the fund
-- Process: How the fund selects its holdings
-- Parent: Evaluation of the parent company, including its stewardship rating
-- Performance: Risk-adjusted performance within category
-- Price: The expense ratio relative to other funds with similar investment objectives and means of distribution.

Morningstar gives the fund a rating on each pillar of positive, neutral, or negative. Funds comprising mostly positives across the five pillars receive a gold rating, while those comprising mostly negatives will receive the overall negative rating in this new forward-looking system.

Phillips pointed out that selecting gold rated funds to build a portfolio would not be using the system for its intended purpose: The asset classes should first be selected based on goals and risk tolerance. Once the asset classes have been selected, the specific funds could then be chosen. For example, in selecting a US large-cap blend fund, the Vanguard Total Stock Market Fund (VTSAX) with a gold rating might be a better choice than the Legg Mason Value Fund (LMVTX) with a neutral rating.

Phillips concluded that the main purpose of the new rating is to help investors and planners make better choices in building their portfolios. He also noted that the new rating system may cause some changes in the funds themselves. He stated that certain 529 plans and target date retirement funds have made changes to improve their Morningstar ratings which are likely to improve their future performance. It would also be reasonable for this to happen to mutual funds as a result of this new ratings system. That, Phillips said, would be a good thing.

I'm encouraged by the new ratings system. Though the star rating system will remain, investors now have a more meaningful guide to selecting funds. Combining performance and costs with qualitative analysis, such as stewardship grades, is a powerful weapon in helping investors select the right funds. Only time will tell how well the forward looking system actually performs.

In my view, Morningstar has long been the single best resource in helping investors and advisors select funds. Rather than resting on its laurels, Morningstar took a huge step forward in making the best system even better.