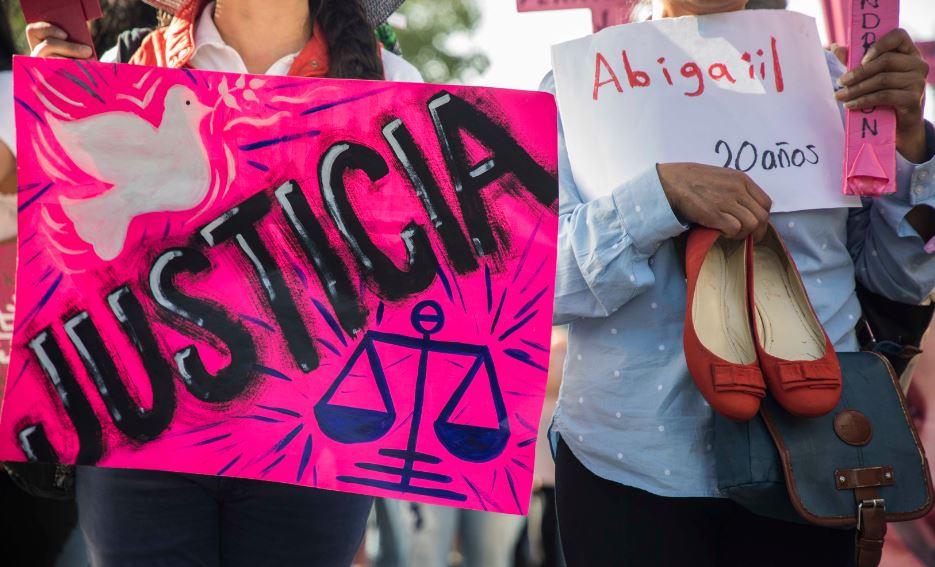 More than half of the women murdered worldwide last year were killed by intimate partners or family members, according to a recently-released study by the United Nations Office on Drugs and Crime. The numbers equate to about six women being killed every hour by someone they know.

The study on gender-related homicides of women and girls is a part of the U.N.'s forthcoming Global Study on Homicide. It was released Sunday to coincide with  the U.N.'s International Day for the Elimination of Violence against Women, which was marked by marches and demonstrations across the globe fueled by the #MeToo movement.

For Kiersten Stewart, the director of public policy and advocacy for anti-violence group Futures without Violence, the numbers are disturbing, but not surprising.

"This study confirms what we've known for a long time — for women, husbands, boyfriends and family members are the most dangerous people in their lives, and those most likely to seriously hurt or kill them," said Stewart.

Women in Africa and the Americas are most at risk of being killed by intimate partners or family, the study found. The slayings typically aren't random or spontaneous, but rather stem from a long-term pattern of gender-related violence, the study found.

The study found that the long-standing problem shows no signs of improvement. It found that "tangible progress in protecting and saving the lives of female victims of intimate partner/family-related homicide has not been made in recent years, despite legislation and programs developed to eradicate violence against women."

When it comes to solutions, Stewart said governments and communities should focus on prevention programs, services for victims and accountability for offenders. The efforts will vary depending on challenges in each region, Stewart said, noting challenges in the U.S. when it comes to keeping firearms out of the hands of domestic abusers. In the U.S., women are 16 times more likely to be shot and killed than women in other developed nations, according to the advocacy group Everytown for Gun Safety. In an average month, 50 American women are shot and killed by an intimate partner, according to the group, and the presence of a gun in a domestic violence situation makes it five times more likely that a woman will be killed.

Federal law prohibits those with domestic violence convictions from purchasing or possessing guns, but advocates say dangerous gaps still exist and states to do more to ensure abusers turn over their guns.

Stewart says say any improvement will also require tackling the root causes of violence globally and in the U.S., including gender inequality and longstanding social norms that drive men to violence both against women and other men.

"At the core of ending violence it changing men's behavior, that's what it's going to take — challenging the norms that drive so many young men to violence and thinking that's part of being a man," Stewart said.