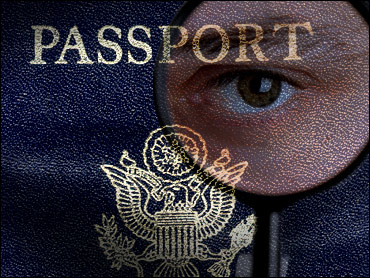 Nine "high profile" passport files were accessed more than a hundred times according to a new report from the State Department's Inspector General. Officials will not reveal the list of "high profile" individuals whose passports were repeatedly accessed but CBS News has learned that one of the most frequently accessed files was that of musician Beyonce Knowles.

The authors of the report took a sample list of 150 celebrities and found 127 files were accessed a total of 4,148 times in a six year period. One high profile individual's passport file was accessed 356 times by 77 different users. The report says it did not determine if those who accessed the passport files were authorized to do so.

The Inspector General's report indicated the agency's oversight of passport files had "many control weaknesses including a general lack of policies, procedures, guidance, and training". The agency was also criticized for having no standardized response or disciplinary process for employees who breach personal files.

This spring, news broke that the passport files of presidential candidates such as Senator Barack Obama (D-Il), Senator John McCain (R-Ariz) and Senator Hillary Clinton (D-New York) had been accessed by contractors for the State Department. In response, the Inspector General for the State Department examined how often celebrity files were accessed.

Over 20,000 federal employees and government contractors have access to 127 million passport files.

The State Department agreed with 19 of the Inspector General's 22 recommendations.
Laura Strickler