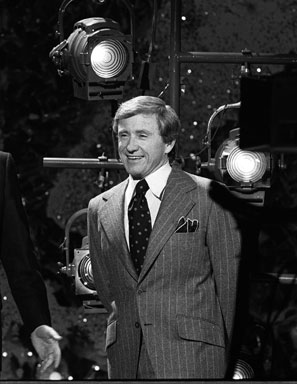 Another jolt of midnight magic, another stunning World Series win for the New York Yankees.

Scott Brosius saved the Yankees with a two-out, two-run homer in the ninth inning, then Alfonso Soriano singled home the winning run in the 12th early Friday to give New York a 3-2 victory over the Arizona Diamondbacks and a three games-to-two edge.

For the second straight night, the Yankees were one out away from defeat when they victimized closer Byung-Hyun Kim.

"I can't be surprised. It just happened the day before," Yankees manager Joe Torre said.

Once Brosius tied it with his homer, there seemed to be little doubt about the eventual outcome.

"It seemed like the whole situation was set again, and it happened again," Brosius said.

Chuck Knoblauch opened the 12th with his first hit of the series and moved up on Brosius' sacrifice. Soriano followed with a single off losing pitcher Albie Lopez, and Knoblauch scored ahead of right fielder Reggie Sanders' throw.

Sanders had a shot at Knoblauch, but his one-hop throw could not be handled cleanly by catcher Rod Barajas.

A night earlier, Kim served up a tying, two-run homer in the ninth to Tino Martinez. In the 10th, Jeter homered off Kim to win it.

Soriano made a key defensive play in the 11th as the Yankees won their Series-record 10th straight home game. Sterling Hitchcock got the victory.

Now, the three-time defending champions will try to wrap up another crown in Game 6 Saturday night at Bank One Ballpark.

Randy Johnson, who pitched a three-hit shutout in Game 2 for Arizona, once again will start against Andy Pettitte.

"We would've liked to have won them all. But the Yankees are very tough in their house," Arizona manager Bob Brenly said.

The Yankees became the first team in postseason history to win two straight games when trailing after eight innings, according to the Elias Sports Bureau.

Brenly, second-guessed for pulling Curt Schilling and bringing in Kim with a late lead a day earlier, was not afraid to make a similar move.

The rookie manager yanked Miguel Batista with a 2-0 lead in the eighth after the Yankees put two on with two outs. The strategy worked when Greg Swindell got Tino Martinez on a harmless fly ball.

But the sellout crowd of 56,018 roared as the Yankees came to bat in the ninth, and the noise level got even louder when the fans realized Kim was coming in to pitch.

Jorge Posada gave a sign of things to come, leading off with a double. Kim retired Shane Spencer on a grounder and struck out Knoblauch, bringing up Brosius.

At that point, Barajas walked toward the young closer and held up a finger, seeming to indicate: one more out.

But Brosius, the 1998 World Series MVP launched a long drive to left field and immediately raised his arm in the air. Kim couldn't believe it, and crouched on the mound for a full 30 seconds as the ballpark erupted.
Brenly did not move. From the dugout, he stared glassy-eyed at the wild scene unfolding in front of him.

Then, as Barajas rushed to the mound, Brenly slowly walked out and signaled for reliever Mike Morgan.

Before this week, only three times had there been a two-out homer in the bottom of the ninth that tied or won a Series game. Now, add two more to the record book — and add to the Yankees' mystique.

Arizona had its chance in the 11th against Mariano Rivera, loading the bases with the help of Matt Williams' first sacrifice bunt since 1990.

Soriano, playing back in hopes of a double play, saved the Yankees with a diving catch on Sanders' liner up the middle. Rivera ended the threat by getting Mark Grace on an easy grounder to Brosius at third.

Batista, a 30-year-old journeyman, outpitched Mike Mussina and kept the Yankees in their hitting funk.

A few days ago, after Schilling and Johnson excelled, Batista chafed at the notion that Arizona was merely a two-man team. Yet on this night, Batista and Barajas were almost too much for the Yankees.

Barajas, a backup who hit just .160 this season, and Steve Finley homered in the fifth inning for a 2-0 lead.

Finley hit his first career postseason homer, leading off with a drive against the facing of the upper deck in right field.

Barajas, making his first start of the postseason only because catcher Damian Miller was scratched with a strained right calf, hit his first home run since April 21.

Mussina, signed as a free agent to an $88.5 million, six-year contract, was expected to win big games in October — and November.

Hit hard in losing the opener, Mussina did fine in pitching eight innings.

Batista made himself comfortable in his first appearance at Yankee Stadium, kicking at the dirt on the mound for 20 seconds before beginning his warmups.

Barajas also felt right at ease, singling in his first at-bat and throwing out Soriano trying to steal.

Batista added another big victory to his resume. Along with being 2-1 in this postseason, he pitched his native Dominican Republic over Mexico for the Caribbean World Series championship in February.

Besides pitching, Batista also is a talented writer who had a book of poems published this year. While being skilled in rhythm and meter, he did a terrific job against Posada and Jeter.

Paul O'Neill, possibly playing the final game of his career at Yankee Stadium, was cheered all night long. The 38-year-old right fielder, who said after the game that he will retire after this season, drew two walks. He also grounded into a double play, slamming his helmet in disgust.

O'Neill tipped his cap to the sellout crowd of 56,018 when he ran in from right field after the top of the ninth.

World Series Footnotes: Andrew Giuliani, the mayor's teen-aged son, reached far over the front-row railing to snag two balls. No security men were about to stop him. ... Former Yankees stars Reggie Jackson and Don Mattingly thre out the ceremonial first balls. ... Counsell has not had a hit since homering off Mussina in the opening inning of Game 1. Counsell is in an 0-for-19 slump.

By Ben Walker © MMI The Associated Press. All Rights Reserved. This material may not be published, broadcast, rewritten, or redistributed