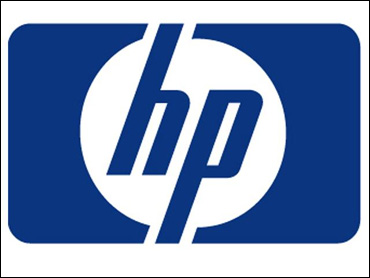 Authorities have hinted they may file more charges in Hewlett-Packard Co's ill-fated media-leak investigation, even after charging two of the technology company's top insiders.

HP's current CEO, Mark Hurd, who has apologized for the spying, has not been charged in the case, but the California attorney general says his investigation is still open, reports CBS News correspondent Anthony Mason.

Ousted Chairwoman Patricia Dunn and former ethics chief Kevin Hunsaker surrendered, were booked and released Thursday, a day after being charged — along with three private investigators — with felonies for their roles in HP's spying scandal.

"In this misguided effort, people inside and outside of HP violated privacy rights and broke state law," said Attorney General Bill Lockyer.

At least one expert said Lockyer's office might strike plea deals with the three investigators — Ronald DeLia, Matthew DePante and Bryan Wagner — to secure their testimony against Dunn and Hunsaker and gather evidence against any other HP insiders believed to have sanctioned their conduct.

"Their involvement is just the tip of the iceberg," said Scott Christie, a former prosecutor who headed the computer hacking and intellectual property unit of the U.S. Attorney's Office in New Jersey.

"Others knew about what they were doing, and approved of their conduct. There may be others charged and there may not be, but I would expect the AG will try to work his way up the ladder," Christie added.

Dunn appeared briefly in court Thursday, signing a promise to return to court on Nov. 17 for an arraignment. Afterward, she smiled and held hands with her husband before hopping in a chauffeur-driven sedan for the short trip to the county sheriff's office for booking.

Hunsaker also was booked and released, and his arraignment was scheduled for Dec. 6, his legal team said.

DeLia and Wagner, both out of state, have made arrangement to surrender within a week, according to Lockyer's office. Prosecutors said they had not yet been able to reach the lawyer for DePante. A call to that lawyer by The Associated Press on Thursday was not returned.

The five defendants each face four felony counts: use of false or fraudulent pretenses to obtain confidential information from a public utility; unauthorized access to computer data; identity theft; and conspiracy to commit each of those crimes. Each charge carries a fine of up to $10,000 and three years in prison.

"If you think that Hewlett Packard is the only company that has an investigations force ... you're being naïve," Dunn told CBS News' 60 Minutes in an exclusive interview Wednesday before her arraignment. "Every company has investigations. Investigations, by their nature are intrusive."

"But this was an investigation of your own board," said CBS News correspondent Lesley Stahl.

The full interview will be broadcast Sunday.

HP's investigation, which took place earlier this year and in 2005, erupted into a national scandal last month after HP disclosed that detectives it hired had obtained the private phone records of directors, employees and journalists in HP's effort to ferret out the source of media leaks.

Using a shady tactic known as "pretexting," the detectives obtained the Social Security numbers of their targets and fooled telephone companies into divulging their detailed call logs.

Former Hewlett Packard CEO Carly Fiorina, who was fired last year, was one of those reportedly targeted by the company's investigators.

After Dunn's appearance in Santa Clara County Superior Court, neither she nor an attorney representing her, S. Raj Chatterjee, would comment.

Hunsaker's lead lawyer, Michael Pancer, reiterated Thursday that his client had been assured of the legality of the tactics and was fired from HP when he refused to resign.

"At no time did he — or would he — ever authorize or engage in any activity that he thought was illegal," Pancer said in a statement.

After the charges were filed, HP issued a statement that it is cooperating with Lockyer as well as federal authorities who are also exploring possible criminal charges. The Palo Alto-based company declined further comment.

In all, the personal data of more than 24 people were compromised, including one instance in January when an investigator changed the password for a reporter's cell phone and viewed her call log for nine minutes, according to the criminal complaint.

Dunn, who was infuriated by a leak about a private board retreat, ordered the investigation but said she didn't know the detectives used such extreme measures. She resigned from the board last month.

Hunsaker oversaw the probe, and left the company on Sept. 26.

DeLia in turn hired DePante's company to gather information, and Wagner was hired to obtain the private phone records. According to the complaint, Wagner acknowledged destroying the computer linking him to the HP probe "because it had incriminating evidence on it and he would not assist in locating it."

Pretexting will become a criminal offense in California when a new law signed by Gov. Arnold Schwarzenegger takes effect Jan. 1. Violators will be punished by $2,500 in fines and up to a year in jail, though the law will not retroactively apply to the HP investigation.