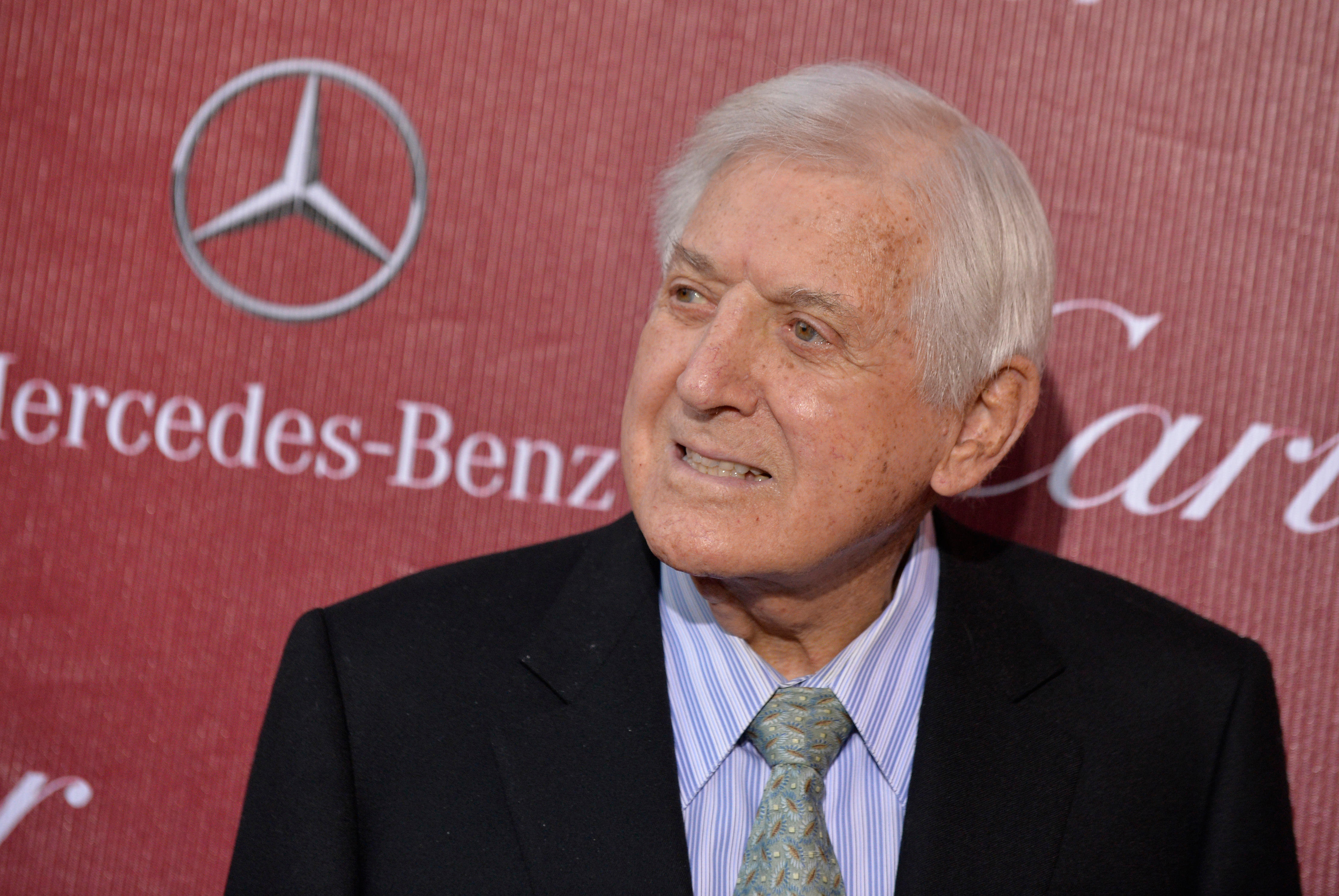 Monty Hall, best known for co-creating and hosting "Let's Make a Deal," has died of heart failure, his agent said Saturday. He was 96.

The long-time host was also well-known for his charity work, including work with Variety Clubs International and the Muscular Dystrophy Association.

"Let's Make a Deal," which Hall co-created, debuted as a daytime show on NBC in 1963 and became a TV staple. Through the next four decades, it also aired in prime time, in syndication and, in two brief outings, with hosts other than Hall at the helm.

Contestants were chosen from the studio audience - outlandishly dressed as animals, clowns or cartoon characters to attract the host's attention - and would start the game by trading an item of their own for a prize. After that, it was matter of swapping the prize in hand for others hidden behind doors, curtains or in boxes, presided over by the leggy, smiling Carol Merrill.

The query "Do you want Door No. 1, No. 2 or No. 3?" became a popular catch phrase, and the chance of winning a new car a matter of primal urgency. Prizes could be a car or a mink coat or a worthless item dubbed a "zonk."

The energetic, quick-thinking Hall, a sight himself with his sideburns and colorful sports coats, was deemed the perfect host in Alex McNeil's reference book, "Total Television."

"Monty kept the show moving while he treated the outrageously garbed and occasionally greedy contestants courteously; it is hard to imagine anyone else but Hall working the trading area as smoothly," McNeil wrote.

For Hall, the interaction was easy.

The game show gave rise to an academic exercise in which students are asked to weigh this question: In guessing which of three doors might conceal a prize car, and after one is eliminated as a possibility, should you switch your choice to the one you didn't pick?

The puzzle sparked heated exchanges in Marilyn vos Savant's Parade magazine column. (The answer to the Monty Hall Problem, Hall and others said, was yes, take the switch - but only if the contest is set up so the host cannot skew the results by offering some guests the chance to switch doors and not giving others the same option.)

His name and show remain part of the language. Typical is the quotation in a 2006 Daytona Beach (Florida) News-Journal profile of a no-nonsense bail bondswoman who says, "I'm not Monty Hall and this isn't 'Let's Make a Deal.' "

Hall also guest-starred in sitcoms and appeared in TV commercials. And with the wealth that the game show brought, he made philanthropy and fundraising his avocation. He spent 200 days a year at it, he said, estimating in the late 1990s that he had coaxed $700 million from donors.

His daughter Sharon estimated that Hall managed to raise nearly $1 billion for charity over his lifetime.

Another daughter, Joanna Gleason, is a longtime Broadway and television actress. She won a Tony in 1988 for best actress in a musical for "Into the Woods" and was nominated for Tonys two other times.

Born Monty Halparin in Winnipeg, Manitoba, in Canada, Hall grew up during the Depression. In 1942, Hall was doing manual labor at the time when a wealthy stranger offered to pay for his college education on condition that he repaid the money, got top grades, kept his benefactor's name anonymous and agreed to help someone else.

Hall only revealed the name of the late Max Freed about 30 years later.

Hall earned a degree from the University of Manitoba with the goal of becoming a physician. He was denied entry to medical school, Hall later said, because he was Jewish and faced quotas limiting the admission of minority students.

"Every poor kid wants to get into some kind of profession, and in my case I wanted to get into medicine to become a doctor. ... My dreams of medicine evaporated," Hall said in a 2002 interview with The Canadian Press.

Instead, he turned to entertainment. He first tested his skills on radio and, after moving to New York in 1955 and later to Los Angeles, began working on a variety of television shows. Among the programs he hosted were "Cowboy Theater" in 1957, "Keep Talking," 1958, and "Video Village" in 1960.

He joined with writer-producer Stefan Hatos to create "Let's Make a Deal."

The show's roots could be found in "The Auctioneer," a game show Hall hosted in Toronto in the 1950s. "The Auctioneer" was a "pretty pedestrian" program until the concluding 10 minutes, when he would barter with audience members, Hall told the Daily Herald of suburban Chicago in 2000.

"It was much more exciting than the first 20 minutes of the show," he recalled.

Besides Hall, the hosts of "Let's Make a Deal" were Bob Hilton (1990) and Billy Bush (2003). But it was Hall who was lastingly identified as "TV's big dealer," as the show put it, something he found at least mildly disconcerting.

When a People magazine interviewer suggested in 1996 that "Let's Make a Deal" would be his epitaph, Hall replied, with a wince: "You put that on my tombstone, and I'll kill you."

However, Sharon Hall said Hall never refused an autograph and used his fame to help others.

At age 7, he was severely burned by a pot of boiling water and endured a lengthy recovery.

Hall was repeatedly honored for his charity efforts, with awards including the Order of Canada, Order of Manitoba and Variety Clubs International's Humanitarian Award. Wards were named in his honor at Mount Sinai Hospital in Toronto, Hahnemann University Hospital in Philadelphia and other medical centers.

Hall and his wife, Marilyn Plottel, married in 1947. She died earlier this year.

In addition to his daughters, Hall is survived by his son, Richard; a brother, Robert Hall of Toronto, Canada, and five grandchildren.