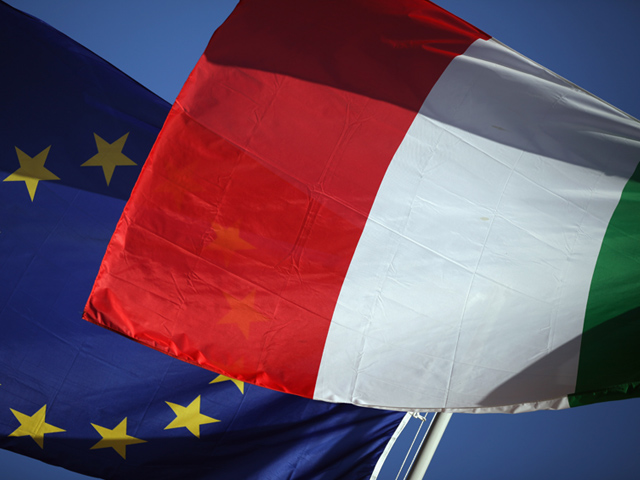 (AP) BERLIN - Italian Premier Mario Monti said it's important that his country's high borrowing rates drop, as they are eating into the government's savings and demoralizing the public's faith in budget-tightening measures. But he stressed in an interview published Wednesday that Italy is not asking for a bailout.

German Chancellor Angela Merkel meets Monti in Rome later Wednesday. Last week, European Union leaders agreed in principle to allow Europe's bailout fund to buy bonds on the secondary market to drive down countries' borrowing costs if they comply with EU economic recommendations. The decision was viewed by many as a major climbdown by Merkel, who has insisted that any aid will still come with strings attached.

It was a victory for Spain and Italy, whose borrowing costs had risen to near-unsustainable levels despite their efforts to cut government spending and reform their labor markets. In an interview with the German daily Frankfurter Allgemeine Zeitung, Monti emphasized the importance of getting those costs down.

"Up to a certain level, it is right that higher risk premiums constitute an incentive, almost a whip for more reforms," he was quoted as saying.

"But at the moment the persistently high spreads despite the restructuring steps and reforms mean in Italy that public opinion, businesspeople, politicians and parliament say to the government: You're on completely the wrong path, you have to give up the prescriptions of the Germans," he said.

He warned that if the government's borrowing rates don't fall further and the economy does not emerge from recession, public sentiment in Italy could turn against the idea of European integration and of austerity measures as a way out of the crisis.

Monti stressed Italy isn't asking for a financial rescue or for other European countries to share its debt burden by jointly issuing eurobonds. Germany vehemently objects to pooling eurozone countries' debt in any way, at least in the foreseeable future, arguing that it would lessen pressure on countries to reform and reduce their borrowing costs at Germany's expense.

Monti sought to downplay suggestions that last week's summit was a victory over Merkel.

"I would summarize the whole thing, if at all, this way: Angela plus Mario equals a step forward for European economic policy," he was quoted as saying.

Merkel is traveling to Rome for a regular meeting of the senior officials from the two countries along with several of her top ministers, including the economy and finance ministers.