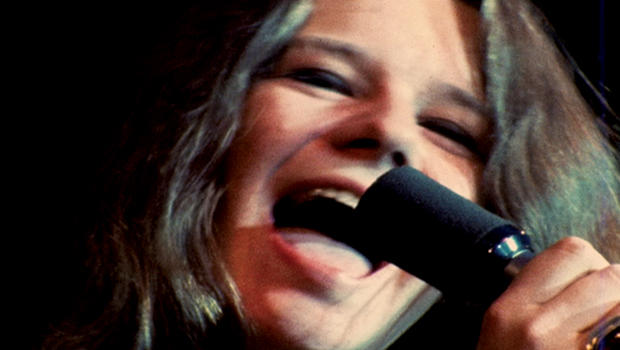 Simon and Garfunkel helped launch the SUMMER OF LOVE at the Monterey International Pop Festival back in 1967. Its vibe is still being felt half a century later. Anthony Mason takes us to Monterey, then and now:

At the fairgrounds in Monterey, California this weekend, just down the coast from San Francisco, the Monterey International Pop Festival is celebrating its rock ancestor -- the festival that gave birth to rock festivals.

Fifty years ago this weekend, the first Monterey Pop, with its slogan of "Music, Love and Flowers," rang the opening bell for the "Summer of Love."

Monterey would be the breakout moment for Jimi Hendrix, playing his first American show with the Experience; for Janis Joplin, then almost unknown outside San Francisco; and for Otis Redding, who'd never played for a white audience.

The festival was organized by John Phillips, leader of The Mamas and The Papas, and his manager and producer, Lou Adler. The shows sold out every day. "Everything was full; there were people standing along the fences," said Adler.

The top ticket was $6.50. Almost all the acts played for charity. And the entire festival was put together in just six-and-a-half weeks -- no rules, no regulations.

"It was a madhouse at the Monterey Pop Festival offices, total madhouse," said Michelle Phillips, John's wife, and last surviving member of The Mamas and The Papas.

The group headlined a lineup of more than 30 artists, from the sweet folk-rock Simon & Garfunkel to the classical sitar music of Ravi Shankar.

Mason asked, "Why do you think everybody wanted to come?"

"Well, John and Lou did a very, very smart thing: they created a Board of Governors," said Michelle. That "Board" included their friends Paul McCartney, Brian Wilson and Smokey Robinson.

They never had a meeting, but everyone submitted the names of who they thought should be at the festival.

Michelle Phillips' pick? "Otis Redding," she said. "My good! And Paul McCartney suggested this kid Jimi Hendrix. We had no idea who he was."

The Jimi Hendrix Experience had just started to make a name for themselves in England, where they'd played on the same bill with another band recommended by the Board, The Who.

So a coin was flipped to determine who'd go first; The Who won. "And Hendrix jumped up on the table and looked down at Pete [Townshend], and said, 'You little s**t, I'm gonna do something to burn you,'" Adler recalled.

The Who destroyed their instruments on stage … but Hendrix's performance was literally incendiary, as he set fire to his guitar.

When asked about Hendrix's performance, Julia Phillips said, "I didn't like him. I didn't know why anybody would want to destroy their axe. It took me a while to understand the theatre that rock and roll was becoming."

One of the faces captured in D.A. Pennebaker's documentary "Monterey Pop" is a girl in the audience in complete shock. "She could be watching a horror film," Adler said.

Pennebaker directed a team of filmmakers who recorded the three-day festival for what was originally supposed to be a TV special for ABC.

Pennebaker's team built the first portable sound-synched cameras, necessary for shooting music performances. But when the head of ABC saw the footage he balked:

"We showed him Hendrix fornicating with his amp," Adler recalled. "He said, 'Take the film, take the money, get outta my office!' And that's how it ended up being a film!"

Some artists who performed at Monterey did not want to be filmed. Janis Joplin's initial set with her band, Big Brother and the Holding Company, was a smash, but her agent wouldn't allow it to be recorded, said Pennebaker.

Phillips recalled, "But when she saw the reaction that she got from the audience, she went back to John and Lou and she said, 'I want one more chance. Let me do another set.'"

"So she went out again just so she could be filmed?" Mason asked.

"Yeah. But she threw as much into that performance as, maybe more than, the first performance," Adler said.

In the crowd was the head of Columbia Records, Clive Davis: "This whirling dervish, this electrifying white soul singer was so riveting. And I'm seeing this and I said, 'My God, this is a musical revolution. It's not just a social revolution.'"

He signed her immediately.

After the peaceful celebration of music in Monterey, there was talk of a sequel: "And they almost ran us off the peninsula," Adler said. "There were threatening letters: 'You people are not coming back.'  It only took us 50 years to get that done!"

The anniversary lineup includes Regina Spektor, Leon Bridges, and Eric Burdon, who was here 50 years ago with The Animals, and wrote a hit song about what happened that weekend in the Summer of Love: