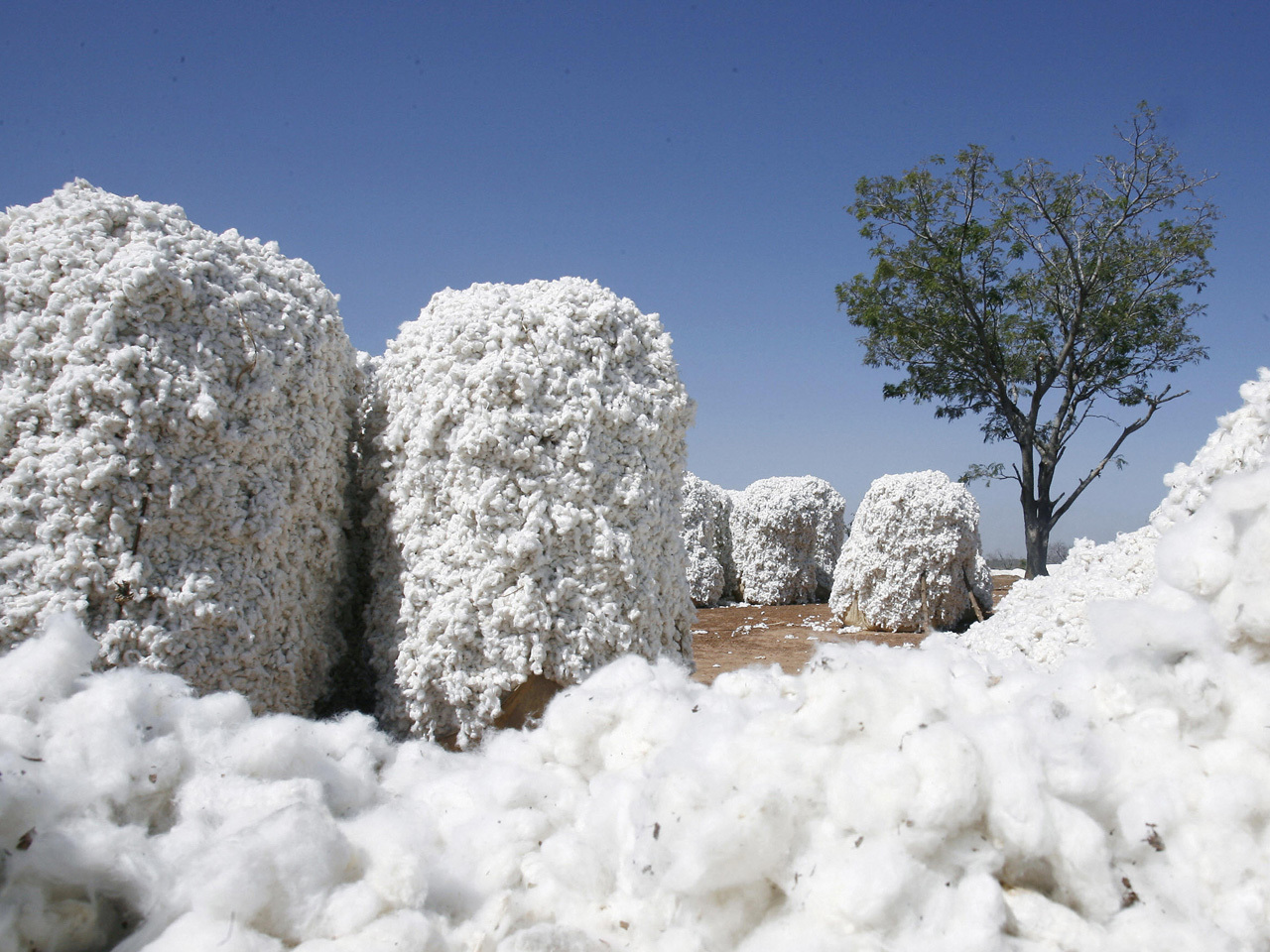 The St. Louis company also said Wednesday that it tried to plant a seed for future growth by eating some drought-related expenses in the recently completed quarter.

Monsanto (MON) said the 2012 drought that parched stretches of the United States forced it to use South American greenhouses more to produce corn seeds. That contributed to a 7 percent increase in cost of goods sold in this year's quarter. Monsanto decided to eat the higher expenses tied to seed production instead of passing them along through price hikes.

CEO Hugh Grant told analysts during a Wednesday morning call the company saw that as "an investment in our customer base," one they hope helps customer sentiment and profitability next year.

The move was more than just a public relations stunt, according to Morningstar analyst Jeff Stafford. He said Monsanto has turned off some farmers in the past by introducing new seeds at very high prices.

"They are acutely aware of driving prices year over year and what that means in their relationship with farmers," he said.

Earnings totaled $1.66 per share, not counting a resolution of a tax matter.

Revenue inched up less than 1 percent to $4.25 billion. In contrast, Monsanto's revenue had soared 17 percent in last year's quarter, when the mild spring that preceded the drought allowed farmers to sow crops earlier.

Analysts expected earnings of $1.61 per share on $4.41 billion in revenue for this year's quarter, according to FactSet.

Several analysts cited a lower tax rate as the main factor behind the better-than-expected earnings.

Monsanto Co. makes seeds for crops like corn, soybean, cotton and wheat and crop protection chemicals like the herbicide Roundup. The agricultural giant produces genetically engineered seeds used by farmers for their pest resistance and ability to produce bigger crops.

Many U.S. farmers credited genetic modifications in corn with saving last year's crop from all but total devastation as half of the nation endured the worst drought in 60 years. But these crops also have drawn criticism from organic food advocates who say they are harmful to people and the environment. Last month, protesters organized "March Against Monsanto" rallies in several countries over genetically modified food.

Monsanto has maintained that its seeds improve agriculture by helping farmers produce more from their land while conserving resources such as water and energy.

Corn, which is used for food, fuel, animal feed and soda syrup, is by far Monsanto's largest unit, and revenue from that segment climbed 3 percent to $1.56 billion in the quarter.

But revenue from its soybean and cotton segments both fell. The company saw fewer acres of cotton planted.

One analyst said Brazilian farmers helped pressure the soybean segment because they stopped paying royalties on a brand of seeds.

Monsanto, which has touted its corn seed and international growth prospects, said late last month that it expects earnings growth of more than 20 percent in fiscal 2013 from its ongoing businesses. It forecast annual adjusted earnings, which exclude some onetime items, of $4.50 to $4.55 per share and reaffirmed that prediction on Wednesday.

Shares of Monsanto rose 10 cents to $101.50 in afternoon trading Wednesday, while broader trading indexes also climbed less than 1 percent. Its shares had peaked for the past year at $109.33 in mid-May. Wednesday afternoon's gain put them up more than 7 percent so far in 2012.