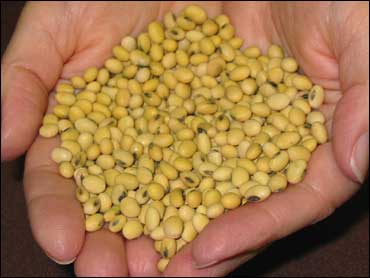 The Justice Department is investigating whether Monsanto Co. violated antitrust rules in trying to expand its dominance of the market for genetically engineered crops.

Monsanto has provided interviews and documents to the Justice Department over the past two months, company spokesman Lee Quarles said. He said the department has questioned Monsanto about its marketing tactics in the biotech seed industry, which have become a target of criticism.

Quarles said Monsanto has done nothing illegal and is cooperating with the department.

"We definitely stand behind our business," he said.

At issue is how the world's largest seed company sells and licenses its patented genes. Monsanto has licensing agreements with seed companies that let those companies insert Monsanto genes into about 96 percent of U.S. soybean crops and 80 percent of all corn crops.

The inquiry into St. Louis-based Monsanto is part of a previously announced Justice Department investigation of consolidation in the seed industry.

A department spokeswoman declined to confirm or deny the investigation. But the department has interviewed two of Monsanto's biggest rivals, Delaware-based DuPont and Swiss biotech firm Syngenta AG, about Monsanto's business practices. Both companies said they are cooperating with the probe.

And Texas is conducting its own inquiry, according to two people with direct knowledge of the investigation.

Quarles said Monsanto is cooperating with both states.

Syngenta and DuPont have sued Monsanto over the licensing agreements, alleging they violate U.S. antitrust law. Syngenta filed its lawsuit in 2004 and settled the case last year. DuPont filed suit last summer; the case is pending in federal court in St. Louis.

DuPont spokesman Dan Turner and Syngenta spokesman Paul Minehart declined to comment beyond saying the companies are cooperating with the Justice Department investigation.