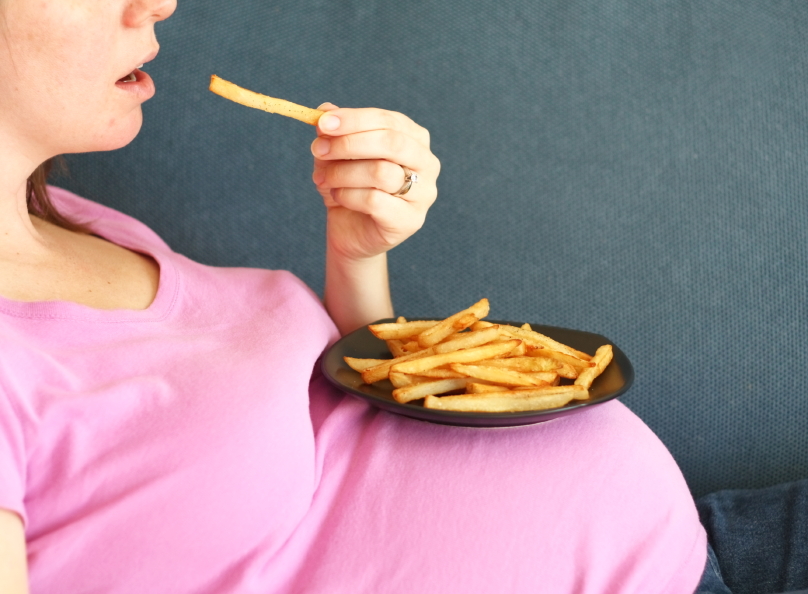 Children born to mothers who gain either too much or too little weight during their pregnancy are more likely to be overweight or obese, a new study has found.

Putting on too few or too many pounds during a pregnancy "may permanently affect mechanisms that manage energy balance and metabolism in the offspring, such as appetite control and energy expenditure," study author Sneha Sridhar, of Kaiser Permanente's Division of Research, theorized in a Kaiser news release.

"This could potentially have long-term effects on the child's subsequent growth and weight," she said.

In the study, Sridhar's team looked at the medical records of children aged 2 to 5 born to more than 4,100 women in California.

Similar numbers arose when the researchers compared overweight rates for children whose mothers gained less than the recommended amount of weight during pregnancy.

Among women with a body-mass index (a measurement of body fat based on height and weight) in the normal range before pregnancy, those who gained less than the recommended amount of weight during pregnancy were 63 percent more likely to have an overweight or obese child, the researchers said. The risk was 80 percent higher among those who gained more than recommended amount of weight during their pregnancy.

The study could only point to an association between pregnancy weight gain and a child's risk for obesity; it could not prove cause and effect. But according to senior study author Monique Hedderson, also from Kaiser Permanente, the fact that the trend was found among non-obese, normal weight women "suggests that perhaps weight gain in pregnancy may have an impact on the child that is independent of genetic factors."

The study was published April 14 in the American Journal of Obstetrics and Gynecology.

The March of Dimes has more about weight gain during pregnancy.