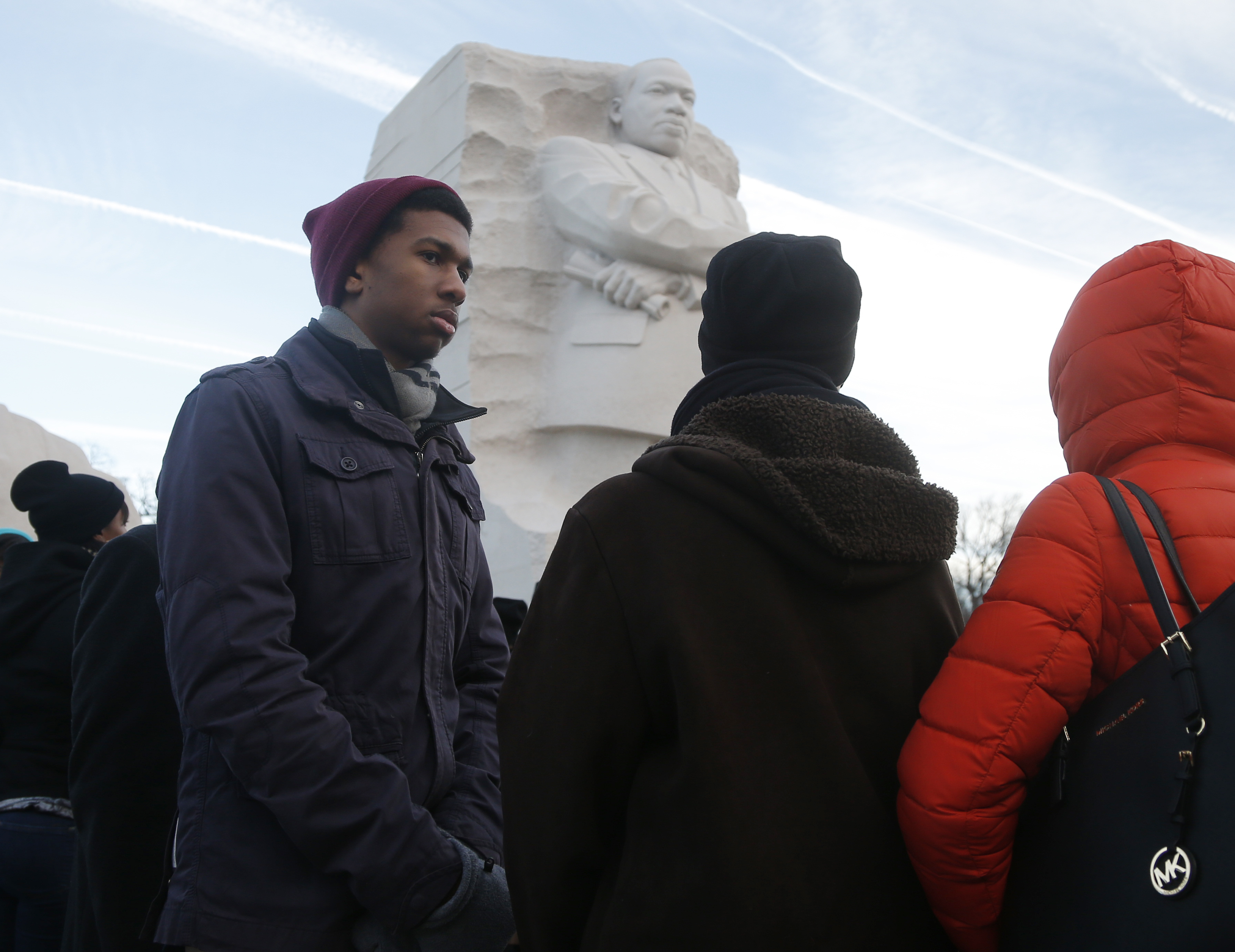 ATLANTA -- Hundreds of people filled Ebenezer Baptist Church in Atlanta on Monday to remember and reflect on the legacy of Martin Luther King Jr.

The service at the church where King preached featured prayers, songs, music and speakers. It was one of many events, including parades, marches and community service projects, across the country to honor King, an Atlanta native.

Georgia Gov. Nathan Deal said there were not many states that can boast a native son that merits a national holiday, but added: "we Georgians can."

Deal said this year he would work with state legislators to find an appropriate way to honor the 1965 Nobel Peace Prize winner at the Georgia Capitol, which drew a standing ovation from the audience. He did not give any specifics. Civil rights leaders have suggested a statue at the state Capitol.

"I think that more than just saying kind thoughts about him we ought to take action ourselves," said Deal, a Republican. "That's how we embed truth into our words. I think it's time for Georgia's leaders to follow in Dr. King's footsteps and take action, too."

Deal also touched on criminal justice reforms his administration has tried to make, including drug and mental health courts and community-based services to keep non-violent criminals and young people out of prison.

"Let me remind you all, it all rests ultimately on the ballot box, so keep the faith, or as my grandmom would say, 'No, Joey, go spread the faith.' It's time to spread it," Biden said.

Jeremy Sanford paid his respects to Dr. King by laying flowers at his tomb this morning, just like he has for the last five years.

"I just feel we are lucky in Atlanta to have this center here and MLK is from here and I figured I should show my respects," Sanford told CBS Atlanta.

In Memphis, Tenn., where King was assassinated, an audio recording of an interview with King was played at the National Civil Rights Museum. The recording sheds new light on a phone call President John F. Kennedy made to King's wife more than 50 years ago.

The reel-to-reel audiotape was discovered by a man cleaning out his father's attic. The father, an insurance salesman, had interviewed King for a book he was writing, but never completed it and stored the recording with other interviews he'd done.

Several people who were scheduled to speak at that event but were cut because there was not enough time were invited to speak at Ebenezer.

King was born Jan. 15, 1929, and he would've been 85 years old. The federal holiday is the third Monday in January and has been celebrated since 1986.