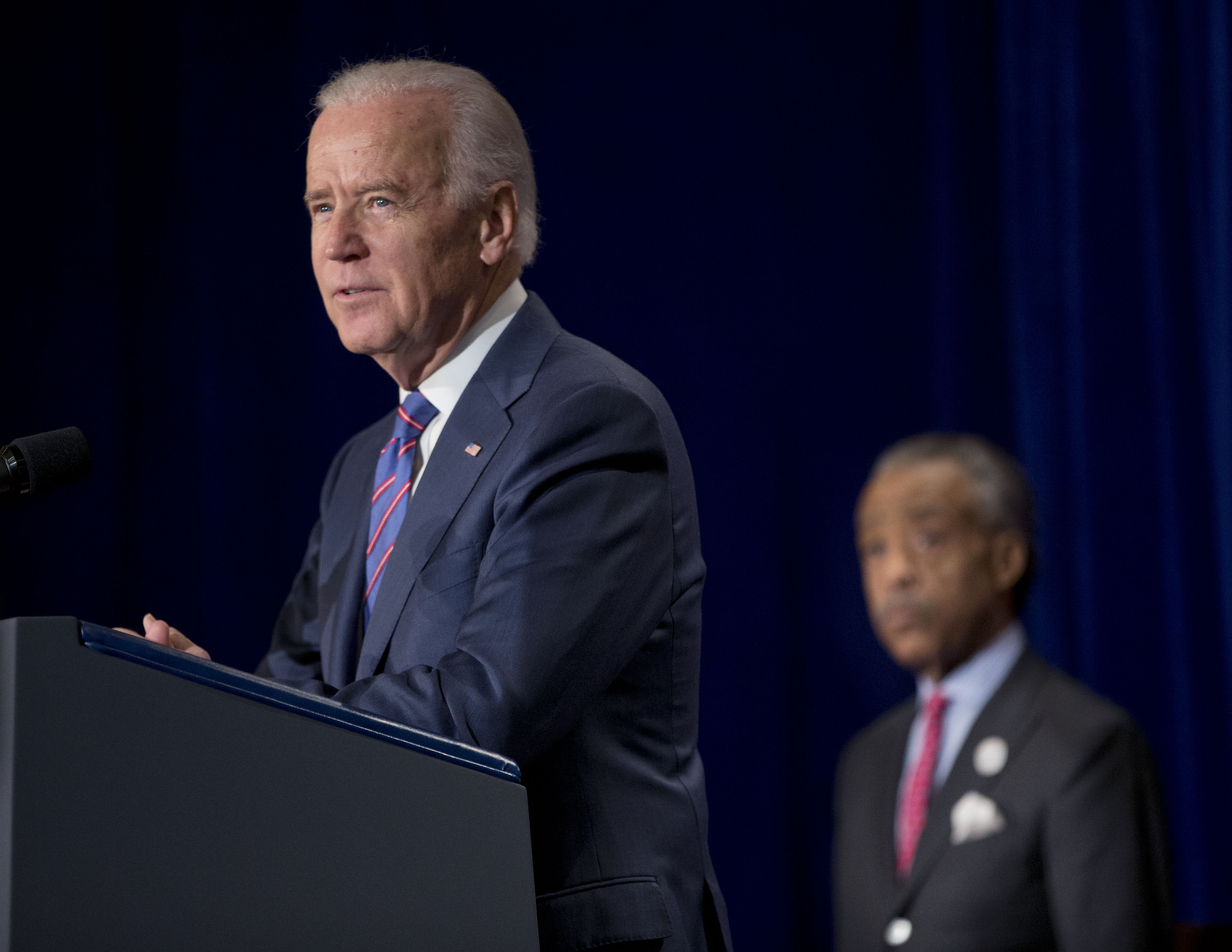 Vice President Joe Biden honed in on voting rights as a top priority as he honored Martin Luther King, Jr.’s life in a speech Monday morning.

In a 25-minute speech composed largely of his memories of lawmakers involved in passing the landmark 1965 Voting Rights Act – “one of the most difficult civil rights bills to ever be won,” he said – Biden urged the audience at the National Action Network's annual King Day breakfast to work to restore the law. It was gutted by a

Last week a bipartisan group of lawmakers introduced a bill to require all states to seek permission to change their laws unless they have gone 15 years without any infringement on voting.

“I have to admit, I never thought we’d be fighting the fight again on voting rights,” Biden said. But he said those honoring King’s legacy must push to restore the law against a “hailstorm” of efforts to curb voting rights.

“Our opponents know… the single most dangerous thing to give us is the right to vote,” Biden said.

He said that after much hard work, those celebrating King’s legacy are poised to bring a series of Democratic priorities to fruition, including an immigration bill that contains a pathway to citizenship for those illegally, an increase in the minimum wage, and an end to the battles to repeal Obamacare.

“It’s way past time that we stop arguing about whether every American has the right to adequate affordable health care. Thanks to Barack Obama that fight is over and we are not going back, period,” Biden said.

And all of those priorities tie back to preserving minorities’ right to vote.

"It all rests ultimately at the ballot box, so keep the faith. Or as my grandmom would say, 'no Joey, go spread the faith,'" Biden said. "It's time to spread it."