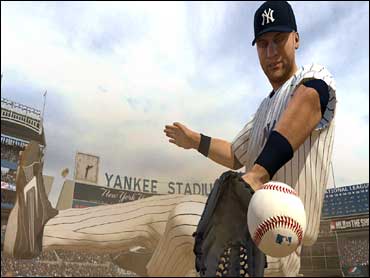 Spring is around the corner, and the start to the 2009 Major League Baseball season is just only weeks away. Sports fans looking for a baseball game for the PS3 look no further than MLB 09 The Show. MLB 09 The Show continues its hall of fame run, providing fans with ultra realistic gameplay while continuing to raise the bar on unique offerings and subtleties not found anywhere else. For those curious, this year's cover athlete is the Boston Red Sox second baseman Dustin Pedroia, reigning AL MVP.

On the surface much of MLB 08 The Show exists in this years title, but 09 The Show brings gaming and reality together. The mechanics of the game have not changed. To get solid at bats you need to work on timing, which is essential.

Players can utilize the Guess Pitch option while at bat in order to help struggling batters. Familiar game modes such as Franchise mode and Road to The Show mode are both back. Road to The Show, allows players to create a prospect and try to take him to the major leagues.

The veteran broadcast booth of Matt Vasgerian and Dave Campbell bring you all the play by play action. Developers have added much customization and made this title one of the all time greats. Graphics are just as sharp as the previous title, and gamers can instantly recognize notable MLB players by their face.

Major League ballparks are also mirrored to each minor detail in the game. As of the writing of this review, the new Yankee Stadium has not been opened yet but it looks superb in The Show. During the first inning of a Yankee game you can hear the iconic Yankee Stadium bleacher creatures giving the signature roll call to the players.

SportsConnect Headline News lets you stay on top of all the news around the league. Receive all the current happenings in sports today. Information will be updated a few times each hour with news, trades and events. You can also select General MLB headlines for updates from all 30 teams in the league so no important news is missed while online with MLB 09 The Show.

Online league play is available on the PS3. You have the ability to set up leagues with up to 30 teams offering full stat tracking, point benefits and rewards. Customize it as you see fit; choose your players, teams, length, rules and much more.

MLB 09 The Show is much more than an update to a yearly franchise, it's a the complete PS3 experience. There are so many little features you will be busy all season. Much is improved, much is added and baseball fans will agree. This MLB franchise has been dubbed "Best Sports Game of the Year" for the last two seasons for a reason.

MLB 09 The Show is rated "E" for Everyone (content suitable for ages 6 or older) and is available exclusively on the PlayStation 3, PlayStation 2 and PSP game consoles.