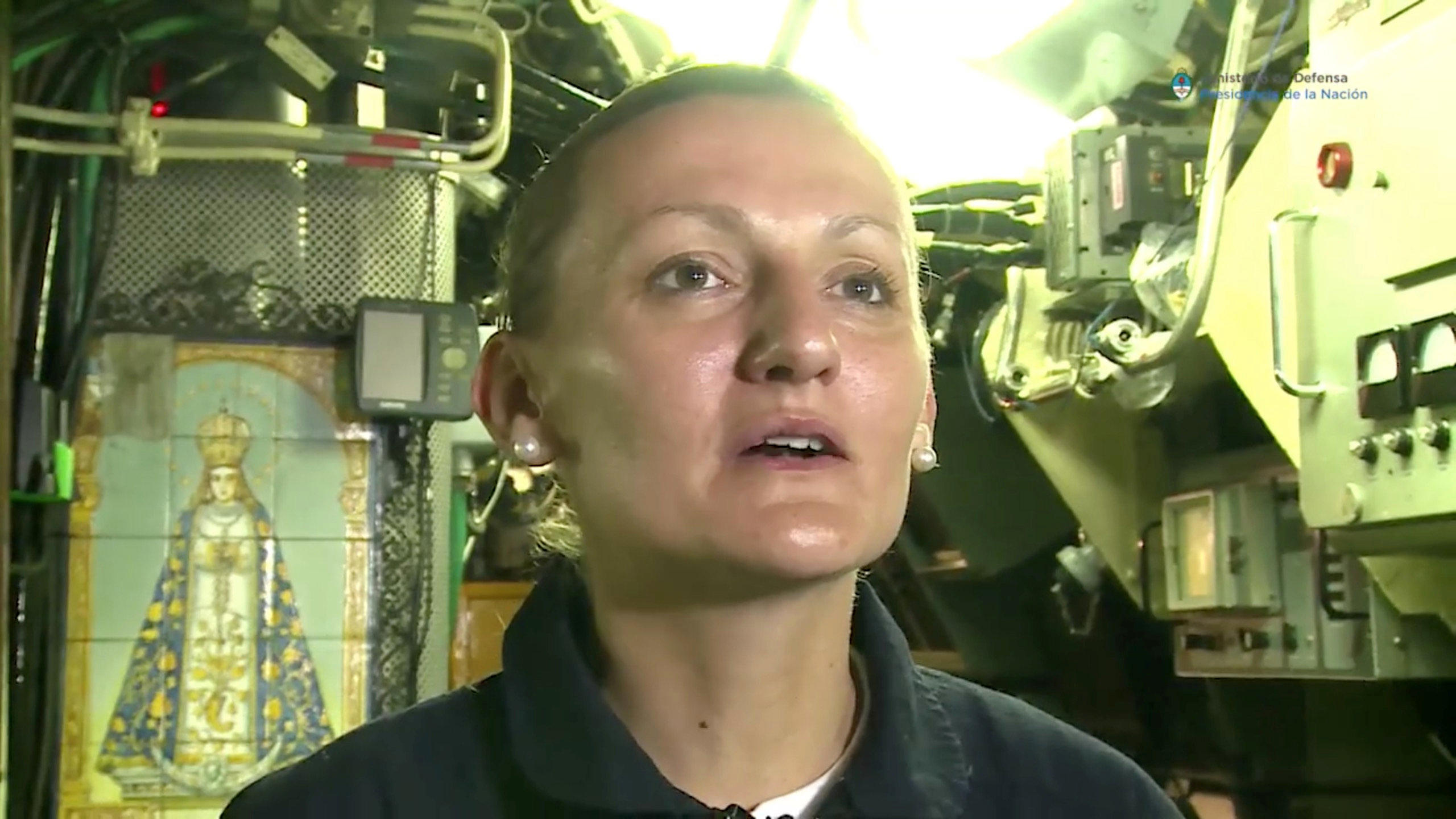 MAR DEL PLATA, Argentina -- Argentina's navy says that brief satellite calls that had raised hopes of finding a missing submarine did not come from its 44 crew members on board.

Authorities last had contact with the ARA San Juan sub on Wednesday as it journeyed from the extreme southern port of Ushuaia to the coastal city of Mar del Plata. International aircraft and ships, including a British polar exploration vessel, have joined in the search efforts.

"You're trying to gather all the data, all the information you can as quickly as you can," said retired Navy Capt. Gregg Baumann, who was once the supervisor for the Navy's salvage and diving. "That ocean turns out to be a very large ocean if you're looking in the wrong box."

The communication attempts received on Saturday were originally thought to indicate that the crew was trying to re-establish contact and had prompted emotional celebrations by family members and officials. But navy spokesman Enrique Balbi said Monday that officials analyzed the seven low-frequency satellite signals and determined they were not received from the submarine.

Among the crew is Eliana Krawczyk, the first female submarine officer in Argentina.

Although the crew has enough food, oxygen and fuel to survive about 90 days on the sea's surface, they only have enough oxygen to last for seven days if submerged, Balbi said.

The maritime search has already been hindered by stormy seas with waves up to 20 feet.

Adm. Gabriel Gonzalez of the Mar del Plata Naval Base also said Monday that the submarine had sent an alert Wednesday about an unspecified breakdown, raising the possibility of a technical difficulty for the first time.

At the Vatican, Argentine Pope Francis said that he is sending "fervent prayers" for the crew.

Family members took to social media on Monday to ask for support during the search.

"Pray so that my husband, Fernando Santilli can return home," Jesica Gopar said on Twitter. "He's in the San Juan submarine."