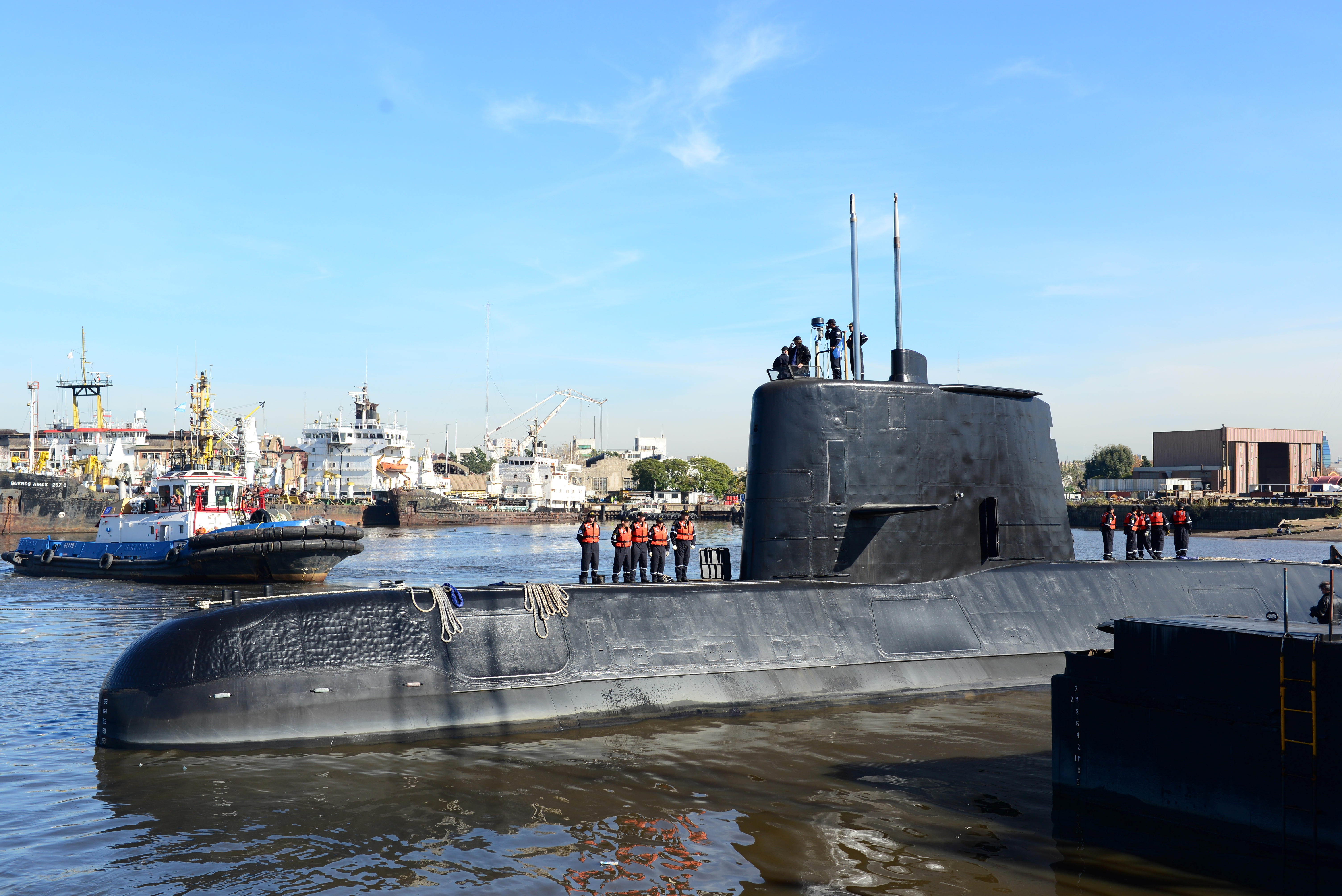 BUENOS AIRES, Argentina -- Argentina's Navy could not confirm Sunday if seven brief satellite calls received a day prior were from a lost submarine with 44 crew members onboard.

"We do not have clear evidence that (the calls) have come from that unit," said Admiral Gabriel Gonzalez, chief of the Mar del Plata Naval Base. "We are analyzing more closely to reliably determine that they were not calls coming from the submarine."

Gonzalez said the Navy has intensified its aerial search off the country's southern Atlantic coast after adverse weather conditions spurred waves up to 26 feet and made a maritime search difficult.

Navy spokesman Enrique Balbi said the low-frequency satellite signals received Saturday lasted a "few seconds," but had not connected with a base, partly due to inclement weather. The communication attempts were originally thought to indicate that the crew was trying to re-establish contact.

Among the 44 crew members is Eliana Krawczyk, the first female submarine officer in Argentina.

Authorities said the submarine left the extreme southern port of Ushuaia on Wednesday and lost contact as it was heading to Mar del Plata, a city on the country's northeastern coast.

On Sunday, search units were largely relying on information gathered from a British polar exploration vessel, the HMS Protector, which was equipped with an underwater search probe and was following the path taken by the submarine, the ARA San Juan.

Gonzalez also confirmed the U.S. Navy's Undersea Rescue Command had been deployed to the search area, along with aircraft from Argentina, Brazil and the U.S. and 11 surface vessels.

Officials also said that the U.S. Navy deployed unmanned underwater vehicles (UUVs) to aid the search in the South Atlantic. The equipment consists of one Bluefin 12D (Deep) UUV and three Iver 580 UUVs, which are operated by the U.S. Navy's recently-established Unmanned Undersea Vehicle Squadron 1, based in Pearl Harbor, Hawaii.

A statement said that the UUVs are uniquely capable to help in the search. Both types are capable of deploying quickly and searching wide areas of the ocean using Side Scan Sonar, a system that is used to efficiently create an image of large areas of the sea floor. The Bluefin 12D is capable of conducting search operations at 3 knots (3.5 mph) at a maximum depth of almost 5,000 feet for 30 hours, while the Iver 580s can operate at a depth of 325 feet, traveling at 2.5 knots (2.8 mph) for up to 14 hours.