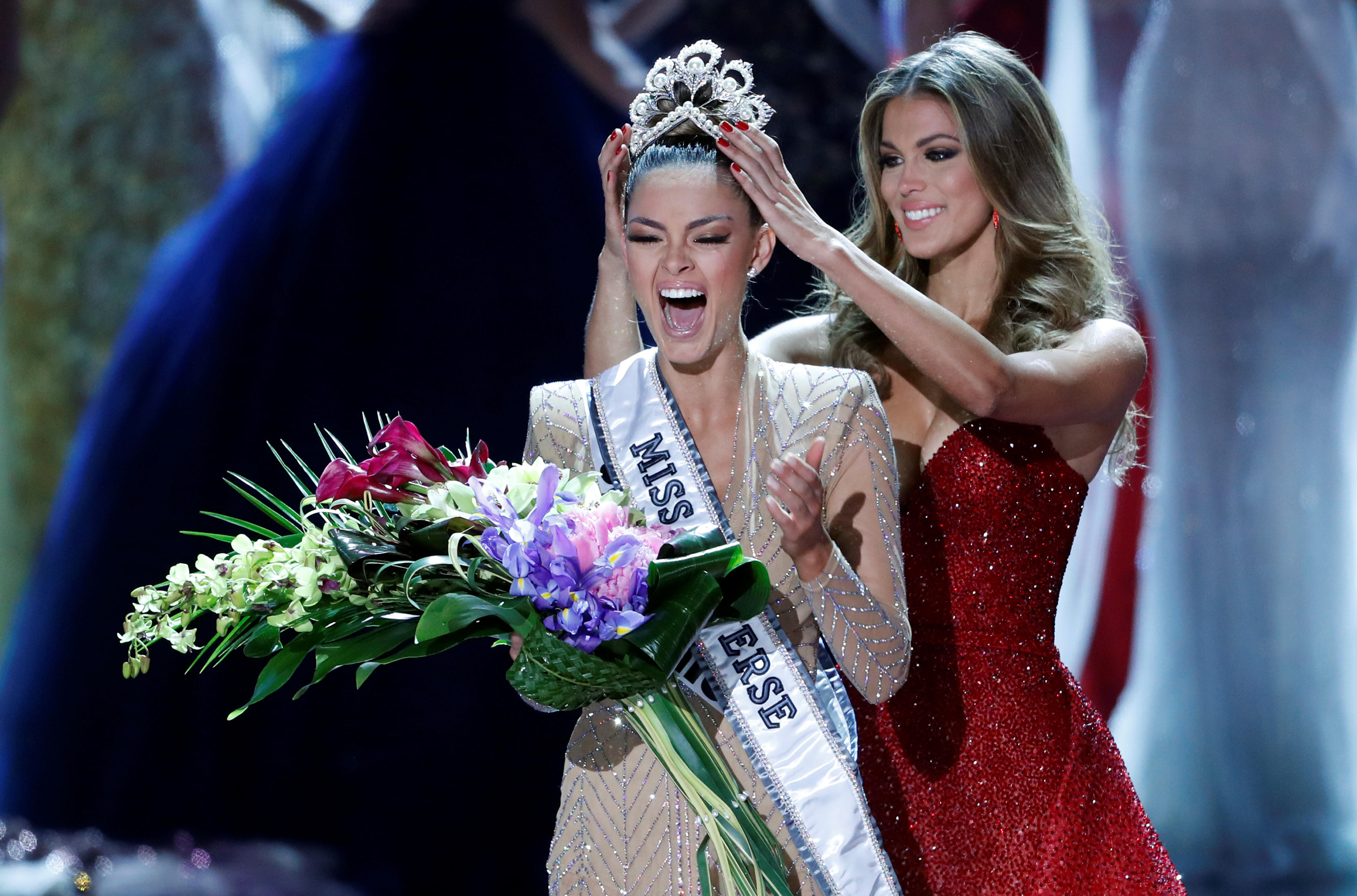 Demi-Leigh Nel-Peters, who recently earned a business management degree, was crowned during the event at The AXIS theater at Planet Hollywood casino-resort on the Las Vegas Strip. The runner-up was Miss Colombia Laura Gonzalez, while the second runner-up was Miss Jamaica Davina Bennett.

Ninety-two women from around the world participated in the decades-old competition. This year's edition had the most contestants ever, including the first ever representatives of Cambodia, Laos and Nepal.

The 22-year-old Nel-Peters has earned a yearlong salary, a luxury apartment in New York City for the duration of her reign and more prizes. She is the second woman from her home country to earn the crown.

"HIV/AIDS is a very big problem in my country South Africa, so I hope to stand as an advocate for that," she said before reporters after the event.

When asked to name the most important issue women face in the workplace, Nel-Peters said the lack of equal pay.

"In some places, women get paid 75 percent of what men earn for doing the same job, working the same hours, and I do not believe that is right," said Nel-Peters, who recently earned a business management degree. "I think we should have equal work for equal pay for women all over the world."

Nel-Peters is from the South African coastal community of Sedgefield in the Western Cape province. She helped develop a program to train women in self-defense in various situations after she was robbed at gunpoint a month after she was crowned Miss South Africa.

In the U.S., dozens of politicians, Hollywood executives and actors, and media personalities are facing accusations of sexual misconduct, sparked by a wave of allegations against movie producer Harvey Weinstein.

After the show, Nel-Peters said women can empower each other to standup against any abuse.

"You feel so empowered because you are on a stage with 91 other women that are strong, that are independent, that have worked really hard," she said. "They are all winners; they are winners of their own countries, and to me, that was so empowering. That just showed me that if women take hands and stand together, we are unbreakable and we can say no to the things that are wrong in the workplace, at home or wherever you might go."

Steve Harvey returned as the show's host despite botching the 2015 Miss Universe crowning. On Sunday, he poked fun at his mistake throughout the night. Three days after people in the U.S. celebrated Thanksgiving, Harvey told the audience he is "grateful for the Oscars," referring to the best-picture flub at this year's Academy Awards.

President Trump offended Hispanics when he made anti-immigrant remarks in announcing his bid for the White House in 2015. At the time, he co-owned The Miss Universe Organization with NBCUniversal, but the network and the Spanish-language broadcaster Univision quickly cut ties with him, refusing to air the show. Trump sued both networks, eventually settling and selling off the entire pageant to talent management company WME/IMG.