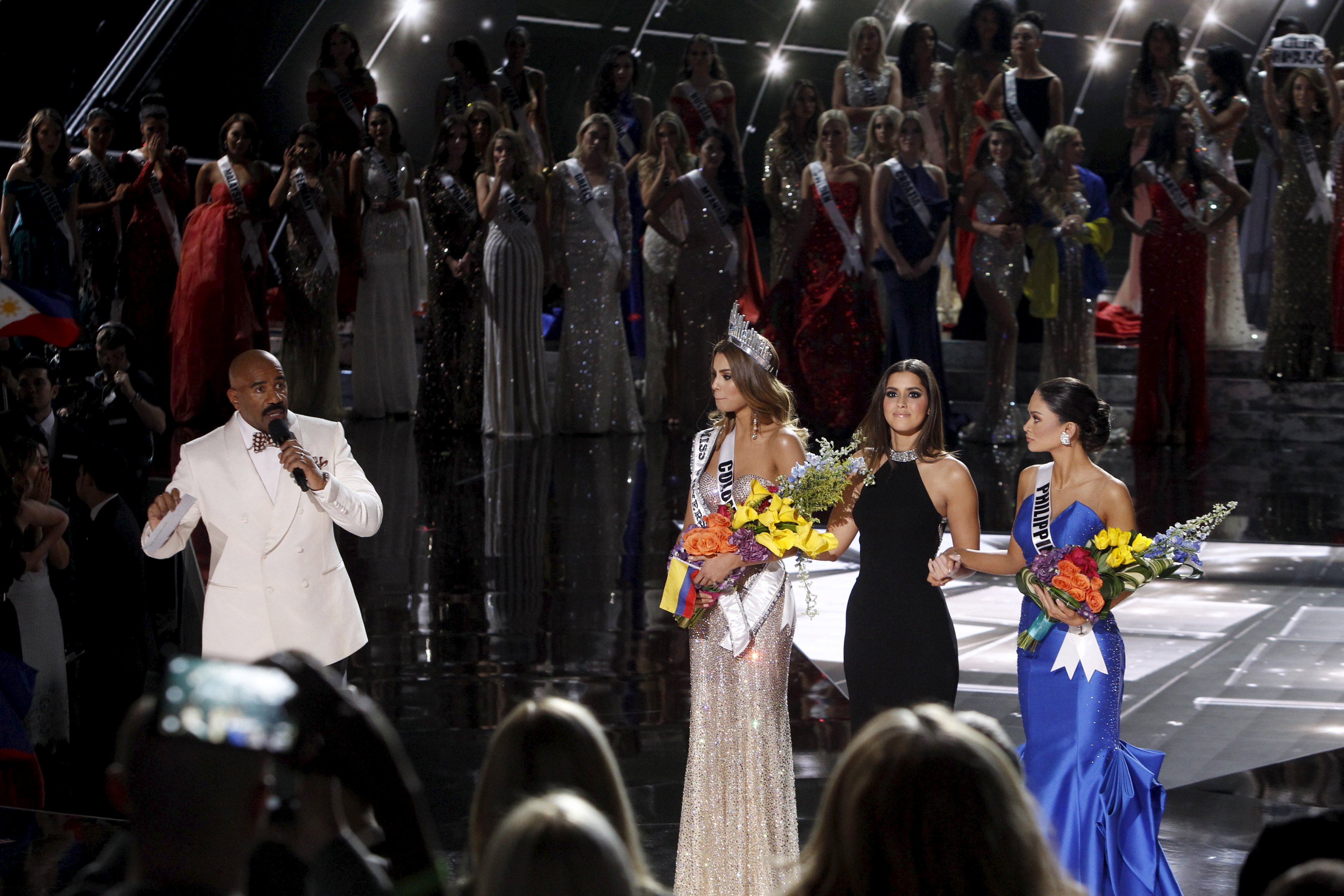 Steve Harvey made a major blunder on Sunday when he accidentally announced that Miss Colombia, Ariadna Gutierrez, was the new Miss Universe when the crown was really supposed to go to Miss Philippines, Pia Wurtzbach.

The comedian had a lot of explaining to do when he met with the press after the show, and copped to his "honest mistake," all the while explaining how he managed to confuse the pageant contestants in the first place.

"The dishonorable thing would've been to leave it like it was," he said. "It didn't deserve to happen that way."

Harvey said that he accidentally said Miss Universe instead of first runner-upwhen he called out Miss Colombia, and realized it later upon looking at his note card. "I just kept reading the card and it said, 'First runner-up,' and I went 'oh my goodness,'" Harvey recalled.

He added that he didn't rehearse announcing who would be Miss Universe because they did not yet know who would win. After he proclaimed Miss Colombia as the winner, there was "a lot of hell going on" in his ear piece.

Throughout the press conference, Harvey owned up to his mistake, and also took to Twitter to say sorry to both pageant contestants. "I'd like to apologize wholeheartedly to Miss Colombia and Miss Philippines for my huge mistake. I feel terrible," he wrote. "Secondly, I'd like to apologize to the viewers at that I disappointed as well. Again it was an honest mistake. I don't want to take away from this amazing night and pageant. As well as the wonderful contestants. They were all amazing."

Miss Philippines spoke exclusively with ET about what was going through her head after it was revealed that she was the actual winner of Miss Universe. "I was confused. I wasn't sure what was going on," she said. "I didn't expect that to happen at all."