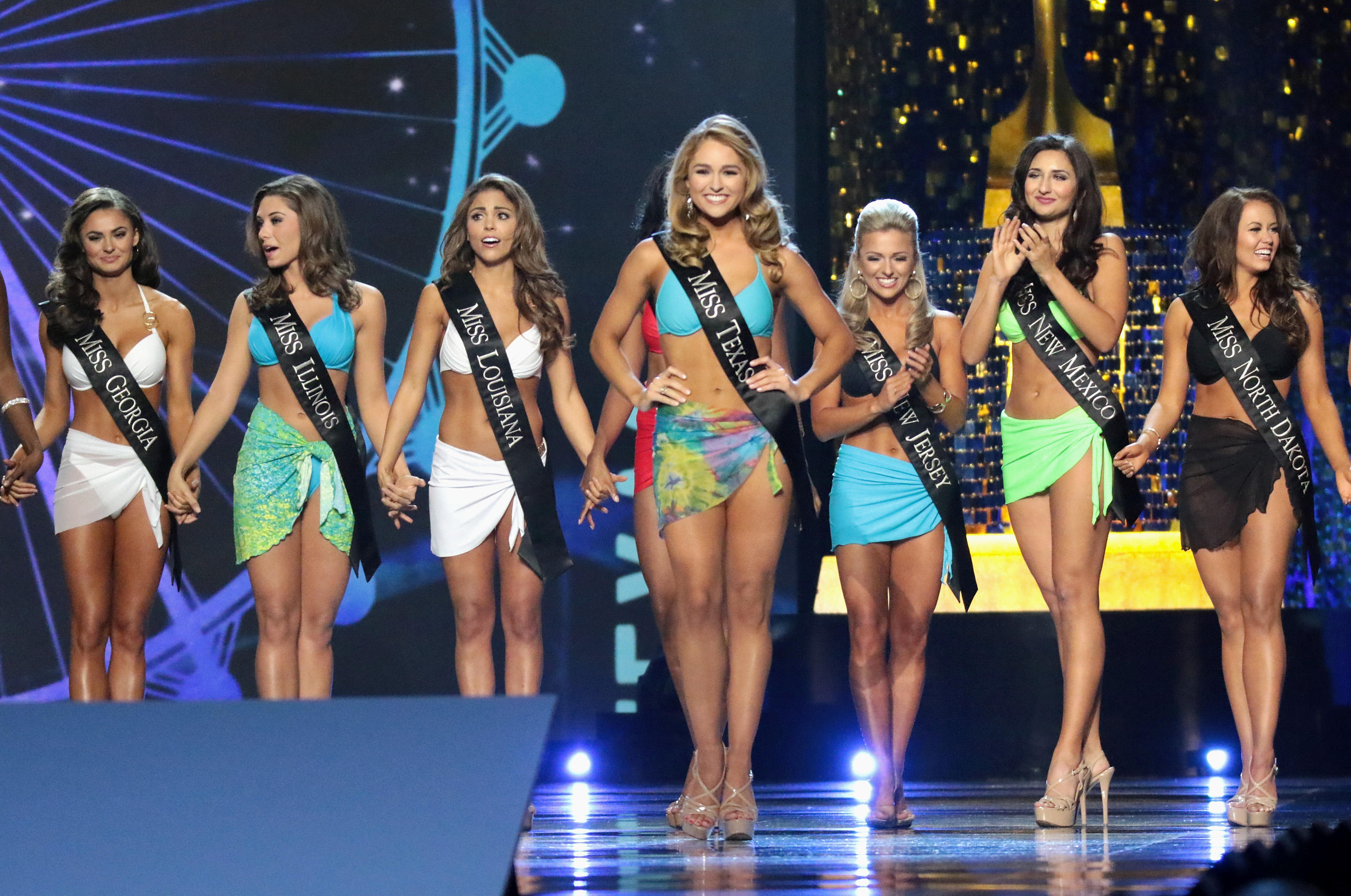 ATLANTIC CITY, N.J. -- The Miss America Organization is dropping the swimsuit competition from its nationally televised broadcast, saying it will no longer judge contestants on their appearance. The competition began nearly 100 years ago in Atlantic City, New Jersey, as a bathing beauty contest designed to keep tourists coming to the seaside resort in the weekend after Labor Day.

But it has run into resistance to the swimsuit, and to a lesser extent, evening gown competitions, that had come by some to be seen as outdated. An email scandal last December in which former Miss America officials denigrated the intelligence, appearance and sex lives of former title winners led to a shake-up at the top, and the group's top three leadership positions are now held by women.

Gretchen Carlson, a former Miss America who is head of the organization's board of trustees, made the announcement Tuesday on "Good Morning America."

"We're not going to judge you on your appearance because we are interested in what makes you you," she said.

Carlson, whose sexual harassment lawsuit against Fox News Chairman Roger Ailes led to his departure, said the board has heard from potential contestants saying, "We don't want to be out there in high heels and swimsuits."

Asked if she is worried the show's television ratings might suffer because of the elimination of swimsuits, Carlson said she is not, adding that the swimsuit portion is not the highest rated section of the broadcast. Viewers seem to be more interested in the talent competition, she said.

Beyond swimsuits, the Miss America Organization said it's taking a whole new approach to the competition to reflect women's empowerment.

"We are no longer a pageant. Miss America will represent a new generation of female leaders focused on scholarship, social impact, talent, and empowerment," Carlson said in a statement. "We're experiencing a cultural revolution in our country with women finding the courage to stand up and have their voices heard on many issues. Miss America is proud to evolve as an organization and join this empowerment movement."

She also said the group will make changes to the evening wear portion of the competition, adding it will not judge women on their chosen attire.

"It's what comes out of their mouths that we care about," she said.

The changes will start with this year's broadcast on Sept. 9.

Carlson said the Miss America Organization will emphasize its role as a scholarship provider.