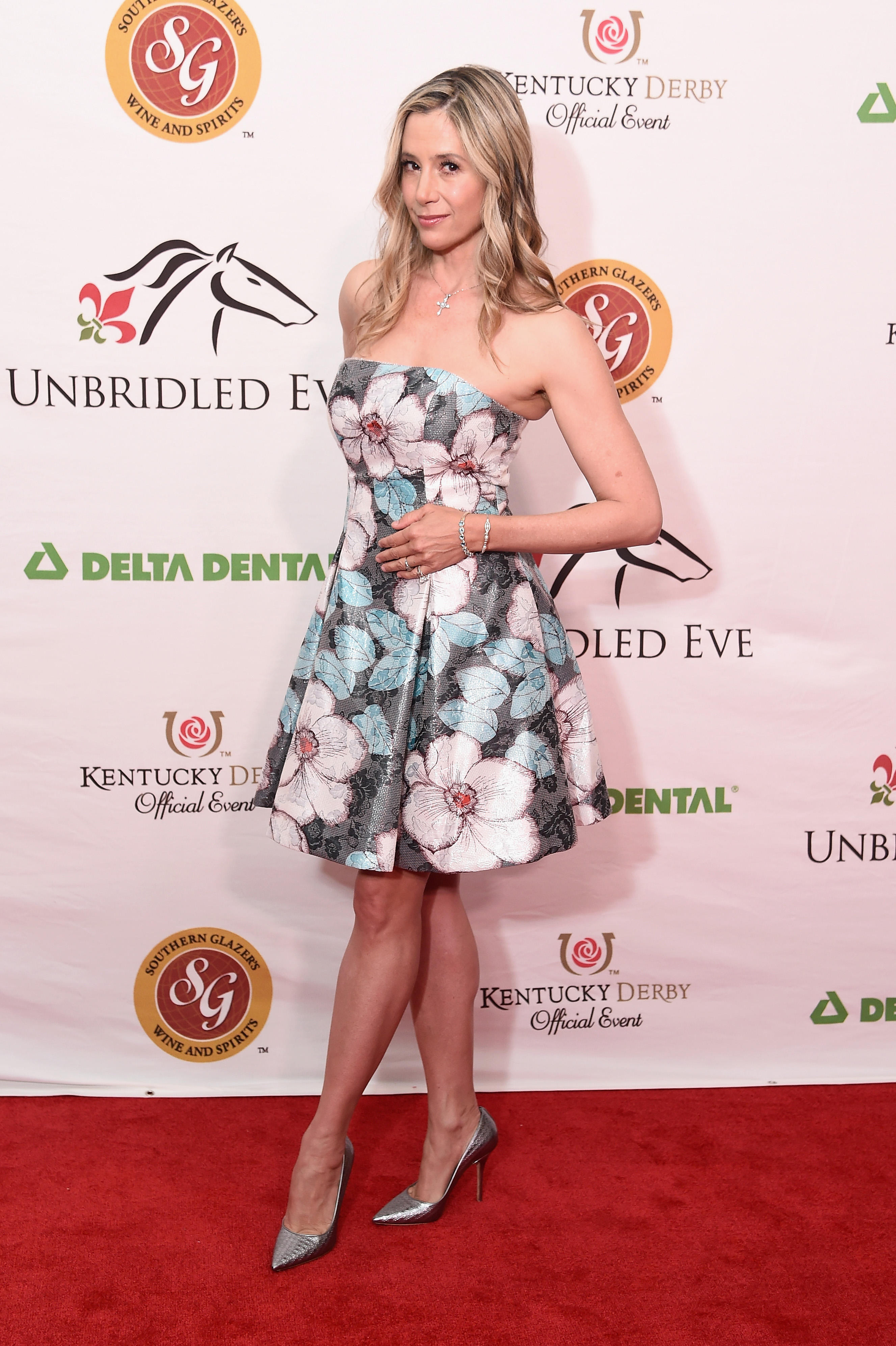 Mira Sorvino is the latest actress to say she regrets working with director Woody Allen. Sorvino, who was one of the first to go public with accusations against Harvey Weinstein, says in an open letter to Dylan Farrow that she is "terribly sorry" for working with Allen. Farrow, Allen's adopted daughter with Mia Farrow, has accused him of molesting her as a child and slammed Hollywood insiders for looking the other way.

On HuffPost, Sorvino wrote to Farrow, "I apologize for this being the first time I address you in print, what will be the first of several apologies today. I am writing to express my belief in and support of you." She continued: "I swallowed the media's portrayal of your abuse allegations against your father as an outgrowth of a twisted custody battle between Mia Farrow and him, and did not look further into the situation, for which I am terribly sorry." She also apologized to Mia Farrow for not initially believing the allegations that Allen molested Dylan.

Sorvino said that she idolized Allen when she was growing up, and that starring in his film "Mighty Aphrodite" was a "dream role." She admitted, "It is difficult to sever ties and denounce your heroes, your benefactors, whom you fondly admired and felt a debt of gratitude toward for your entire career's existence. To decide, although they may be fantastically talented and helped you enormously, that you believe they have done things for which there can be no excuse. But that is where we stand today."

She said that though Allen was never inappropriate with her, she should not have turned "a blind eye" toward Dylan's story.

Sorvino said that when she talked to Dylan's brother, Ronan Farrow, for the New Yorker exposé he wrote about Weinstein, she told him she wanted to learn more about Dylan's allegations against her father. Sorvino said Ronan Farrow directed her toward all of the publicly available details of the case. Sorvino said, "[The details] made me begin to feel the evidence strongly supported your story. That you have been telling the truth all along."

The actress apologized again and again, saying that as a mother, she feels especially heartbroken after reading Dylan's story. She said, "I believe you!!! I am grateful to you and admire your integrity and bravery, one woman who has had to stand virtually alone all these years speaking her painful truth. You are a true hero, and I stand with you."

Dylan responded on Twitter and wrote to Sorvino, "I am overwhelmed and my gratitude to you cannot be expressed sufficiently in words. This letter is beautiful and I will carry your words with me. Your courage has been boundless and your activism an example for us all. From the bottom of my heart, thank you."

On Wednesday, the New York Times published a discussion in which Greta Gerwig said of working with Allen, "If I had known then what I know now, I would not have acted in the film. I have not worked for him again, and I will not work for him again."

Actors Ellen Page, Griffin Newman and David Krumholtz have all expressed regret about working with Allen.