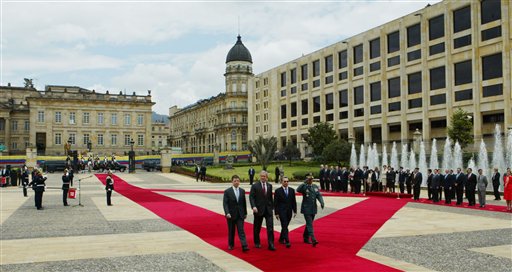 A spate of mysterious attacks targeting prominent opponents of Slobodan Milosevic has Yugoslavia's new leaders worried that any legal move against the former president will bring retaliation.

Fearing arrest and trial on a wide range of alleged wrongdoing, Milosevic has been rallying his supporters to prepare a campaign of unrest, says Serbian Interior Minister Dusan Mihajlovic, who is in charge of the police.

He says he has intelligence reports showing that Milosevic has been demanding funds for the planned unrest from wealthy directors of Serbian companies who were his formal financial backers.

Milosevic may even hope to return to power, Mihajlovic said, although this is an unlikely scenario considering his lack of popular support.

Milos Vasic of the independent Vreme weekly does not see any immediate danger either. He says there is a remote possibility of Milosevic attempting to return to power or to organize unrest.

"They (former authorities) are deprived of their infrastructure and funds, and their supporters are too afraid and disillusioned to try something," Vasic said, alluding to subversive activity.

Tightening the vise around Milosevic, authorities last Friday arrested his former secret-service chief Rade Markovic, suspected of involvement in assassinations and other crimes allegedly ordered by the former Yugoslav leader.

Markovic was fired in January when the new Serbian government was elected. Being one of Milosevic's closest allies, some believe his testimony could implicate Milosevic in a series of unsolved murders during his 13-year reign.

Journalist Slavko Curuvija, a Milosevic critic, was shot dead during NATO airstrikes against Yugoslavia in 1999. Ivan Stambolic, whom Milosevic toppled as Serbian president in 1988, disappeared before last year's elections and is now presumed dead. Serbian warlord, Zeljko Raznjatovic-Arkan — a potentially dangerous war-crimes witness against Milosevic was gunned down in January last year.

The end of Milosevic's reign in October did not bring an end to the suspicious attacks. Milosevic opponents say he still holds sway over members of the security forces and even the underworld — people who might fight his arrest, fearing that it could lead to their own.

However, Vasic claimed, "The mafia will not sacrifice its hitmen fighting for the bankrupt Milosevic clique."

The former Yugoslav president and his allies strenuously deny responsibility for the attacks, and say the new leaders are incapable of bringing law and order.

Among attacks that have occurred since the fall of Milosevic's government:

On Jan. 28, a masked gunman shot the driver of Serbia's new head of state security — Markovic's replacement — in both arms.

Serbian Prime Minister Zoran Djindjic, who played a key role in toppling Milosevic, said the mob-style shooting was a "clear message" to the new government to "keep its hands off" the announce post-Milosevic war against crime and corruption.

On Feb. 6, a fire gutted the four-wheel-drive van belonging to Cedomir Jovanovic, a spokesman for the governing alliance of which Djindjic's Democratic Party is a leading member.

Djindjic's party said the blaze was a "cowardly act ordered by remnants of the former system ... scared that they will have to account to the people for all their wrongdoing of the past decade."

Interior Minister Mihajlovic said he and other pro-democracy leaders have received death threats from "the so-called patriots, who warned that all of us who want to put the former president on trial will be sentenced to death."

Milosevic's associates cast the attacks in another light.

"It shows that the so-called democrats, despite their pledges, are incapable of maintaining law and order in the country," said Branislav Ivkovic, a close Milosevic ally.

Bozidar Spasic, a former ranking secret-police officer, is a supporter of democracy but says the new government has failed to rein in Milosevic's power.

"The new authorities have still not placed (Milosevic's) state and police apparatus under their control," Spasic said. "The inefficiency of the new authorities will encourage the terrorists to undertake more radical actions."

While the new government opposes Milosevic's extradition to a U.N. tribunal that has charged him with war crimes, it has said he would have to stand trial at home on charges that could range from fraud and corruption to war crimes. Milosevic has lived in his Belgrade villa under police surveillance since his ouster.

Pro-Milosevic supporters, who have been gathering in small numbers to protest any legal action against Milosevic, warned against his arrest.

"Milosevic's arrest would mark the start of a civil war," said Sinisa Vucinic, a protest organizer.