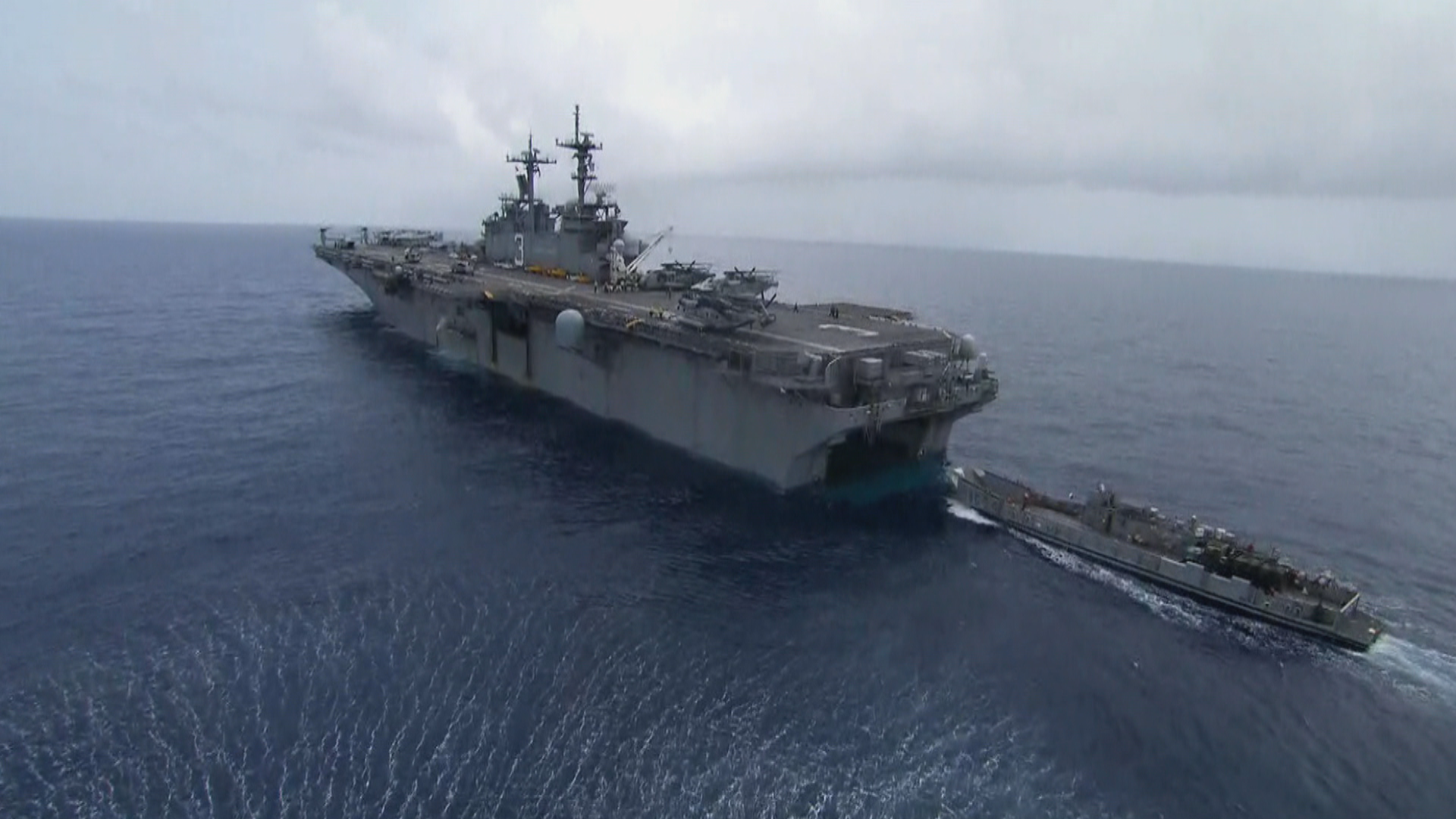 America's military is boosting its efforts to help Puerto Rico. FEMA is asking for military vehicles to clear roads and bring in supplies. The Coast Guard says it delivered 3,000 meals and 4,500 liters of water on Wednesday.

The USS Kearsarge dodged three major hurricanes in the Caribbean to help the islands recover from the storms, dropping 180 Marines and vital supplies on the island, reports CBS News' Omar Villafranca. The nerve center for the military's humanitarian effort in Puerto Rico is floating just a few miles offshore.

Sailors and Marines from the USS Kearsarge were on the island the morning after Maria hit.

"What we want to do is make sure that we can get large bulk commodities and responders and relief supplies in through those airports as well as through seaports," said Rear Admiral Jeffrey Hughes, who is in charge of the mission.

No longer are they doing search and rescue missions; they are now in relief mode delivering vital supplies, generators, food, water, even tarps so people can try to get their lives back to normal.

But getting back to normal won't be easy. During a flight over the northeastern part of the island, we got a firsthand look at the damage -- and it's extensive. From the air, there were no relief crews in sight.

Petty Officer 2nd Class Rafael Reyes is part of the relief effort, but this mission is harder for the Puerto Rico native. He hasn't heard from his family in Aguadilla since the hurricane tore through the town.

"Obviously I am in the military, so I have to stay head strong I have to stay in the game. I do reflect on my family that's on the island. There is no way that I couldn't but I have faith," Reyes said.

Boats, planes and helicopters are constantly coming and going from the Kearsarge, working nonstop as new supplies come in.

"We are prepared to be here for as long as it takes to get the job done. It's a noble mission and we're very happy to be here doing it," Hughes said.

More help is coming by land and by sea. Four thousand soldiers and Army Corps engineers have already arrived in the U.S. Virgin Islands and Puerto Rico. The Navy is also sending its floating hospital, the Comfort, which should arrive next week.