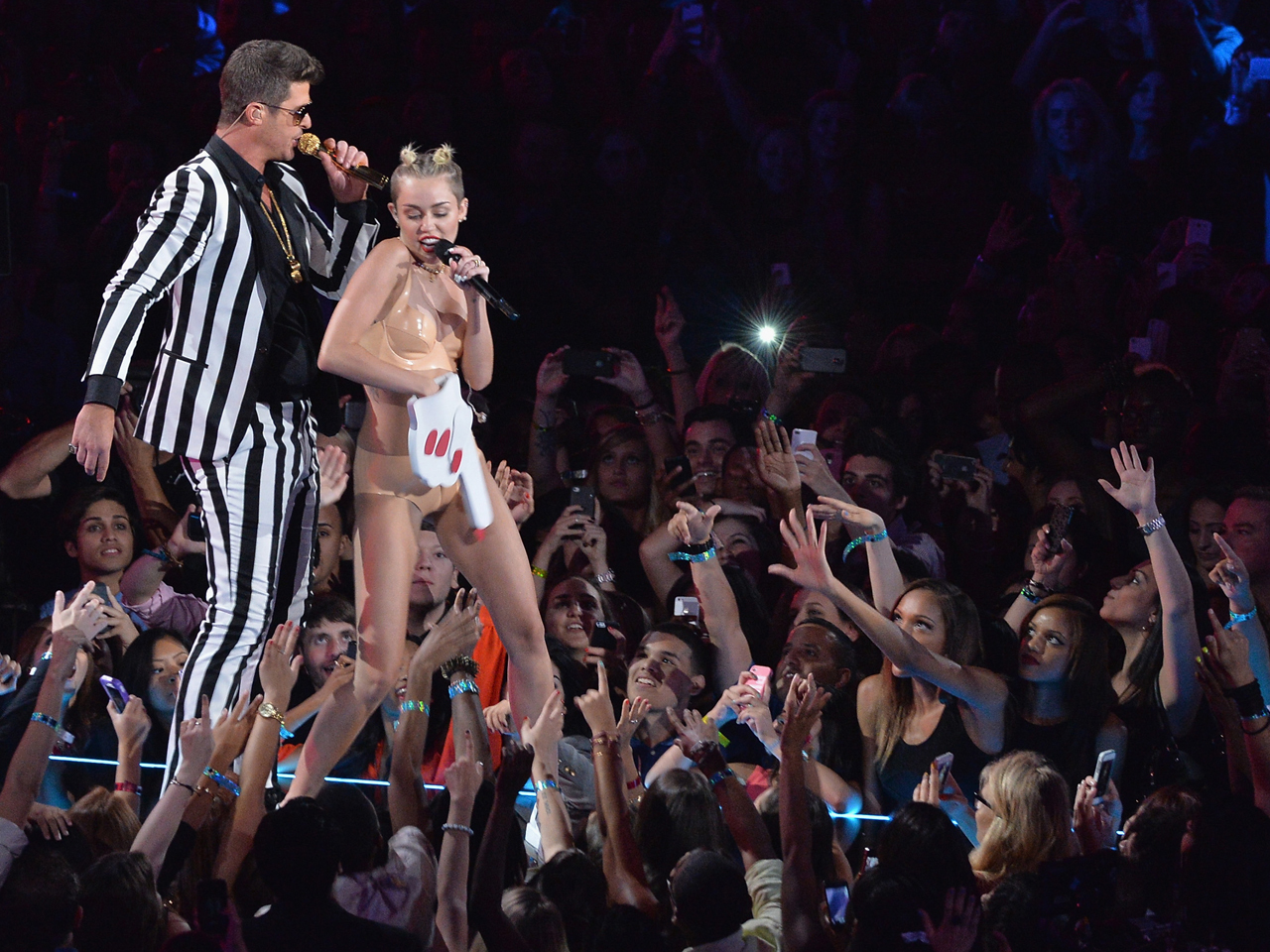 Miley Cyrus' performance at the MTV Video Music Awards drew plenty of attention from viewers -- and at least one group isn't happy about what it saw.

The Parents Television Council blasted MTV for the telecast, condemning Cyrus' raunchy performance with Robin Thicke and the show as a whole.

"MTV has once again succeeded in marketing sexually charged messages to young children using former child stars and condom commercials -- while falsely rating this program as appropriate for kids as young as 14. This is unacceptable," the watchdog group's director of public policy, Dan Isett, said in a statement.

"This much is absolutely clear: MTV marketed adults-only material to children while falsely manipulating the content rating to make parents think the content was safe for their children," Isett continued. "MTV continues to sexually exploit young women by promoting acts that incorporate 'twerking' in a nude-colored bikini. How is this image of former child star Miley Cyrus appropriate for 14-year-olds? How is it appropriate for children to watch Lady Gaga strip down to a bikini in the opening act?"

PTC advisory board member Paul Porter added that "heads should roll" at MTV because of the Cyrus/Thicke performance.

It's also interesting to note that Cyrus' father, singer/actor Billy Ray Cyrus, is a member of the PTC advisory board.

One person certainly not complaining over the controversy is Cyrus herself. The day after the VMAs, she took to Twitter to quote a Rolling Stone review that praised her performance, and noted that it got more tweets per minute than another one of this year's big events.