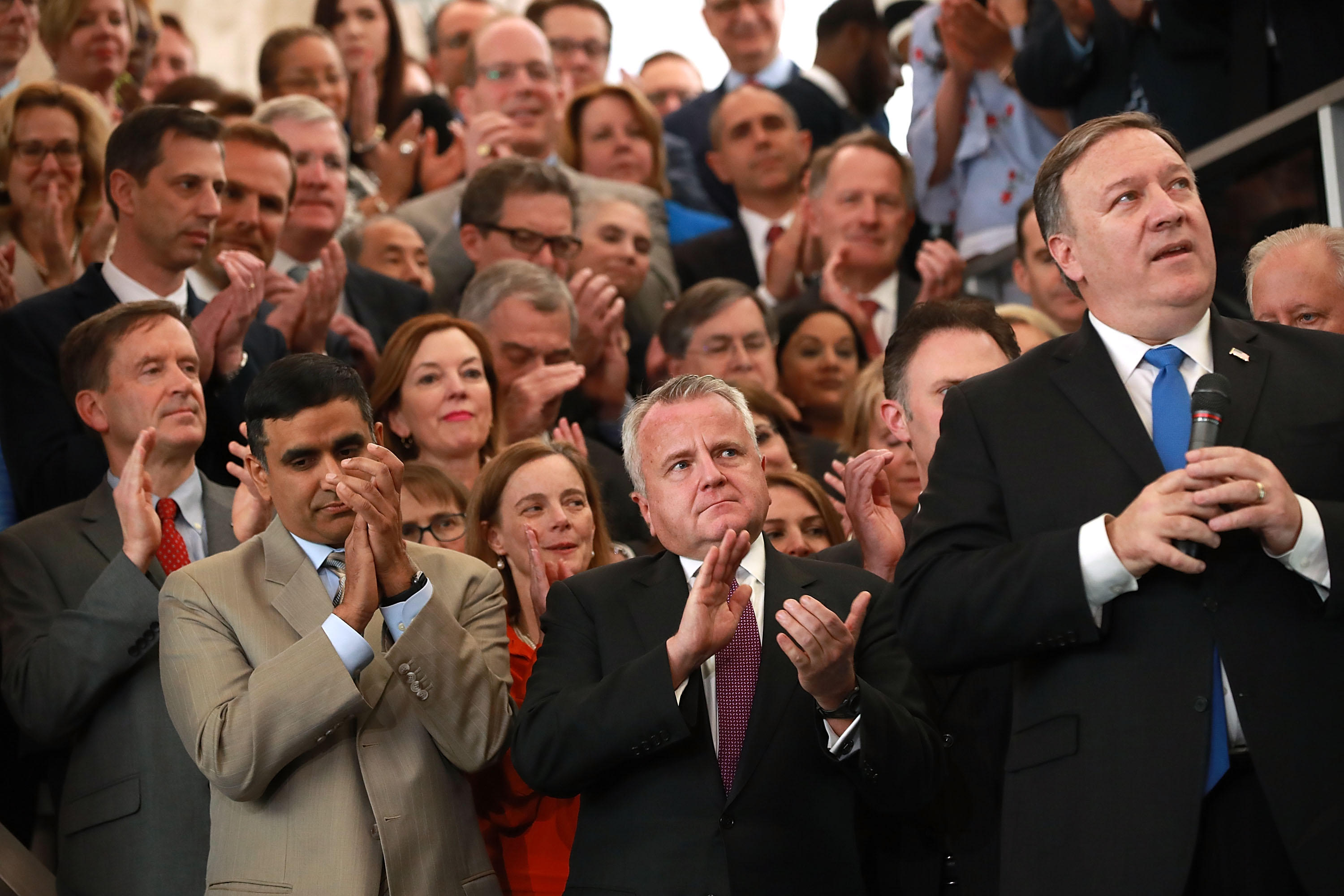 To begin fulfilling his commitment to revitalize the State Department, Secretary of State Mike Pompeo moved on Tuesday to lift the hiring freeze which has been in place for over a year.

Pompeo announced the decision in a tweet later Tuesday as well.

Pompeo's pledge to strengthen the State Department won favor with its staff, which had grown demoralized over the last year. This announcement comes less than two weeks after he was sworn in as Secretary of State. During remarks at that swearing in ceremony he repeated his new mantra.

"I want the State Department to get its swagger back. We need our men and women out at the front lines, executing American diplomacy with great vigor and energy, and to represent the finest nation in the history of civilization," he said. Trump stood next to him during those remarks – in his first visit to the State Department.

The hiring freeze was inflicted on the Department last year when then-Secretary Rex Tillerson undertook an effort to reorganize the department. This freeze also imposed another hiring freeze -- on the family members of State Department employees posted abroad. Each case required special approval. This made it challenging for individuals who were changing posts, as is expected, and had to endure another layer of bureaucratic red tape amidst moving countries. Pompeo lifted the hiring freeze on family members on his first week in the job – and now he has expanded that move.

"The Department's workforce is our most valuable asset.  We need our men and women on the ground, executing American diplomacy with great vigor and energy, and representing our great nation," Pompeo wrote to the department in the email memo.

Tillerson was criticized for an expansive effort to restructure the department which then turned into a more tech-focused overhaul of the department. "We cannot sustain ineffective traditions over optimal outcomes," Tillerson had told employees. After he surveyed the department at the beginning of the project, details of the effort itself were also kept secret. Tillerson later acknowledged that he had been "learning on the job," and the process should have been more transparent. The new efforts that were ultimately revealed included a new cloud-based email system, an increased ability for employees to telework.

Pompeo, who represented Kansas in Congress for six years, worked with State Department employees before he was named secretary of state. And he remembered -- and appreciated -- seeing them working late hours when he traveled internationally.