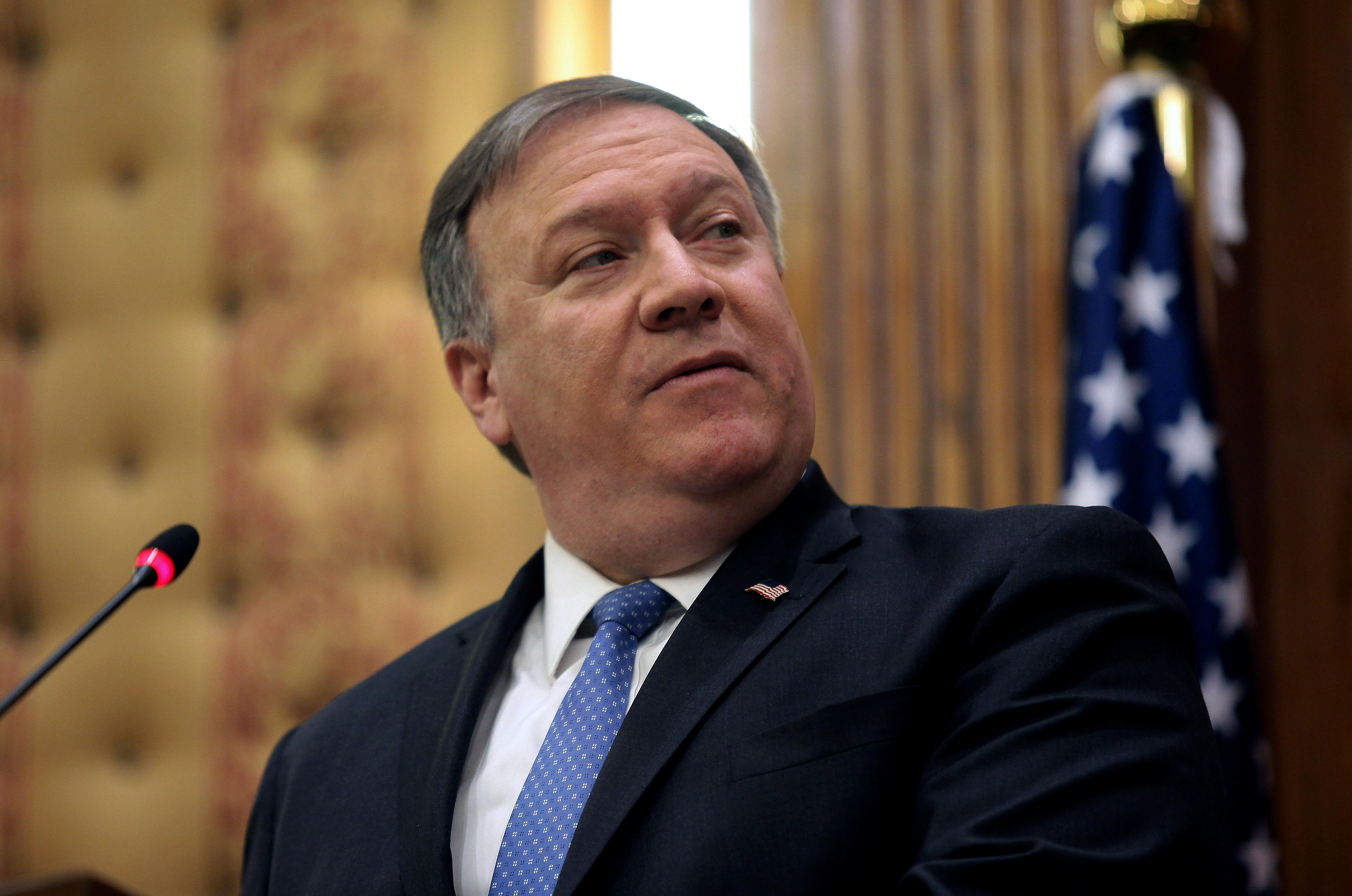 AMMAN, Jordan -- U.S. Secretary of State Mike Pompeo said Monday that a resolution to the Israeli-Palestinian conflict remains a priority for the Trump administration, despite its recognition of Jerusalem as Israel's capital and its planned move of the U.S. Embassy to the holy city over Palestinian protests. Pompeo also said the U.S. is "fully supportive" of the Jewish state's right to defend itself and declined to criticize the Israeli military for its use of live fire against Palestinian protesters along the Gaza border.

Speaking in the Jordanian capital of Amman as he wrapped up the Middle East leg of his first overseas trip as America's top diplomat, Pompeo called on the Palestinians to return to long-stalled peace talks with Israel.

He said the United States is open to a two-state solution to the conflict if both parties agree, calling it a "likely outcome."

But he would not agree with Jordanian Foreign Minister Ayman Safadi's characterization of the conflict as "the main cause of instability" in the region.

"The parties will ultimately make the decision as to what the correct resolution is," Pompeo told reporters at a joint news conference with Safadi. "We are certainly open to a two-party solution as a likely outcome."

But, he said, the Palestinians had to return to a political dialogue to get there.

"An important piece of achieving Middle East stability is to resolve this conflict," he added. "Precisely how to rank it among all the various challenges, I'll defer on that. Know that it is incredible priority for the United States to provide whatever assistance we can to allow the two parties to come to a resolution."

Safadi had opened the news conference with an apparent appeal for the U.S. to boost efforts to end the conflict.

"This is the main cause of instability in the region and its resolution is the key to achieving the peace and stability we want," he said. "Yes, the two-state solution is being challenged. Yes, there are many obstacles. But what is the alternative? We cannot give up in our efforts and there is no viable alternative."

Pompeo's comments came at the end of a two-day visit to Israel and Jordan during which he did not meet any Palestinian representatives. The Palestinians have essentially boycotted contacts with the U.S. since Mr. Trump announced in December that the United States was recognizing Jerusalem as Israel's capital. The Palestinians claim parts of Jerusalem for the capital of a future state.

Pompeo's visit is also taking place just two weeks before the planned May 14 opening of the new U.S. Embassy in Jerusalem and expected massive Palestinian protests the following day.

Over the past month, 39 Palestinians have been killed and more than 1,600 wounded in weekly border protests along the Gaza border, prompting human rights groups to ask Israel's Supreme Court on Monday to restrict or ban the use of live ammunition. They say the military's use of lethal force against unarmed protesters is unlawful. Israel's military argues that the border protests are part of a long-running conflict with Gaza's ruling Hamas, which it considers a terror group, and that the rules of armed conflict apply.

Asked about the situation, Pompeo demurred, referring to "activities in Gaza over the past days and weeks."

"We do believe the Israelis have the right to defend themselves and we are fully supportive of that," he said.

In addition to the Jerusalem decisions, the Trump administration has also angered the Palestinians in recent months by ordering their office in Washington closed, although it remains open for business related to negotiations, slashing funding for the U.N. agency that supports Palestinians in the West Bank, Gaza and elsewhere in the region, and putting on hold all bilateral assistance to the Palestinians.

Although the White House sponsored a conference on aid to Gaza last month, the Palestinians did not attend. And, a peace plan devised by Mr. Trump's son-in-law and senior adviser Jared Kushner and his special envoy for international negotiations Jason Greenblatt appears to be on hold.