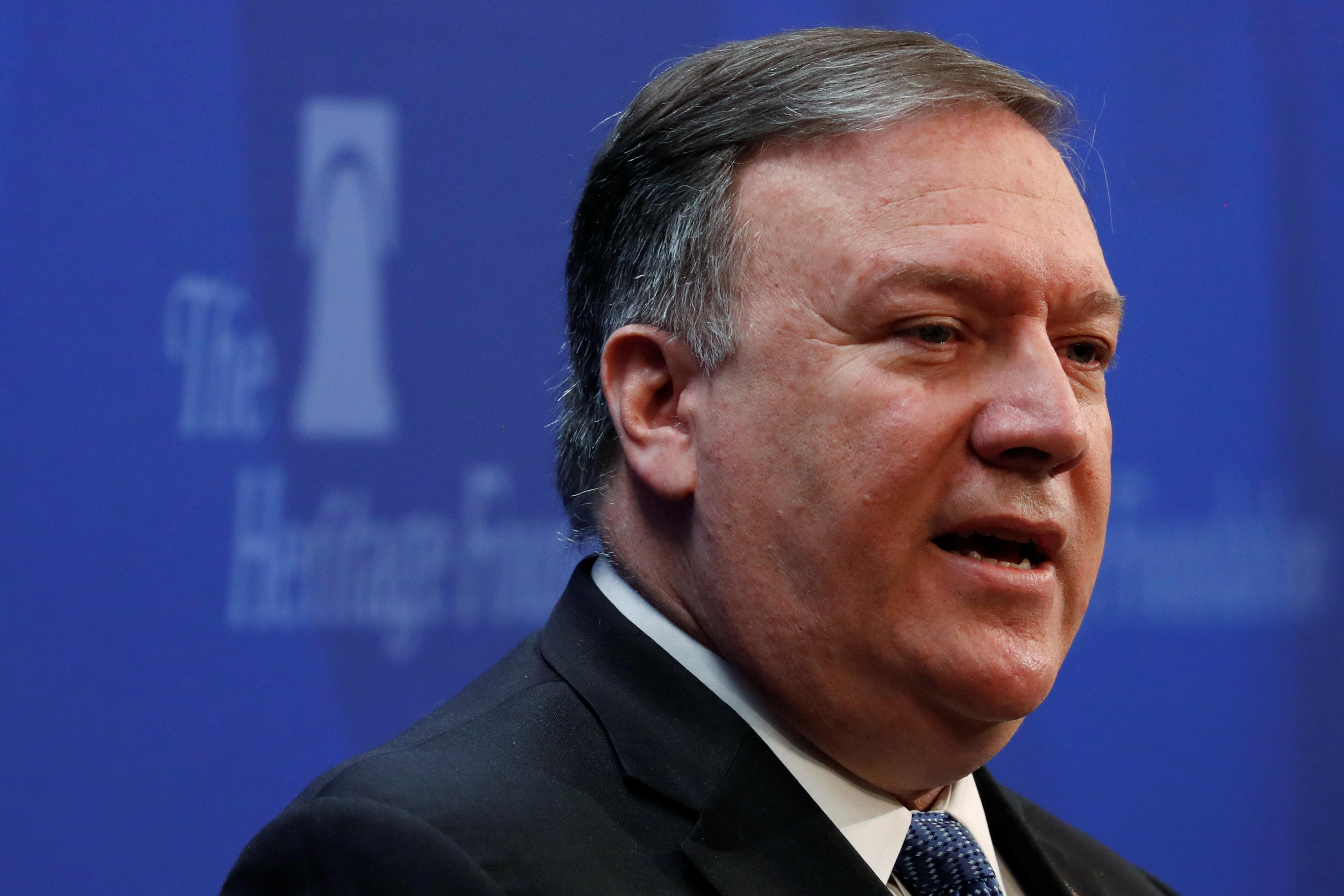 Secretary of State Mike Pompeo laid out an extensive laundry list of what Iran must do to enter into a new deal after the U.S. formally announced its intentions to withdraw from the internationally-accepted Iran nuclear deal earlier this month. Pompeo unveiled the administration's next steps in the region in remarks at the Heritage Foundation on Monday.

"President Trump withdrew from the deal for a simple reason: it failed to guarantee the safety of the American people from the risks created by the leaders of the Islamic Republic of Iran.  No more," Pompeo said, adding that the Joint Comprehensive Plan of Action or JCPOA "put the world at risk because of its fatal flaws."

Among Iran's must-do's, Pompeo includes stopping missile launches and the development of nuclear-capable missiles, allowing the IAEA with "unqualified access" to missile sites throughout the country, releasing all U.S. citizens, ending support for terrorist groups like Lebanese Hezbollah and the youths militia and Taliban in Afghanistan and the IRGC Quds Force's, taking forces that they control out of Syria, and respecting the sovereignty of the Iraqi government.

Should Iran comply, Pompeo said that the regime would benefit from relief from "all principal components of our sanctions regime", re-establishment of full diplomatic relations and access to advanced technology.

He also stressed that not only European countries but countries around the world should be involved in the forming of a new Iran deal — including Australia, Bahrain, Egypt, India, Japan, Jordan, Kuwait, Oman, Qatar, Saudi Arabia, South Korea, the UAE, and "many, many others worldwide."

Meanwhile, Pompeo also laid out President Trump's plan to execute an Iran strategy "outside of the JCPOA" -- which would, in effect, lead to a new deal.

"As President Trump said two weeks ago, he is ready, willing, and able, to negotiate a new deal. But the deal is not the objective. Our goal is to protect the American people," Pompeo said.

The secretary urged that the U.S. will level "unprecedented financial pressure" on the regime that will leave Iran "battling" to keep its economy alive, deter Iranian aggression including cyber activity, advocate for the Iranian people, and work with partners in Iran, should they be willing to make "major changes", to strike a new deal that will never allow Iran to get a nuclear weapon.

"The leaders in Tehran will have no doubt about our seriousness," Pompeo urged, adding that U.S. sanctions will be the "strongest sanctions in history by the time we are done."

Pompeo also directed a message to Iranian leadership that their "current activities will be met with steely resolve." He added, "It is America's hope that our labors toward peace and security will bear fruit for the long- suffering people of Iran. We long to see them prosper and flourish as in decades past, and as never before."