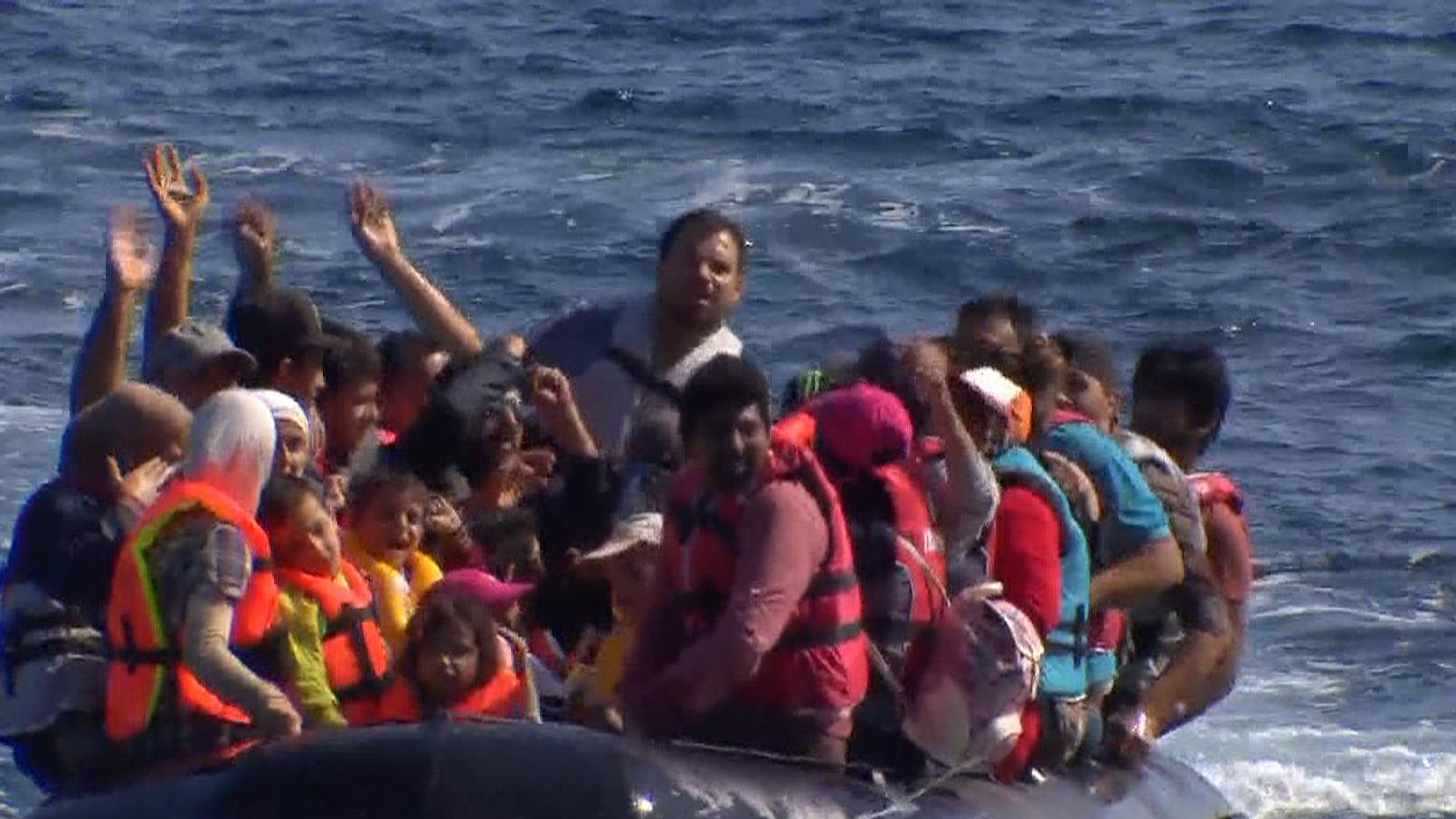 Syrians desperate to flee the civil war and North Africans escaping poverty have created what is now the largest migration in Europe since the end of World War II.

This year, 180,000 migrants have poured into Greece alone. Fences, tear gas, even bullets can't keep them out. Some of them described the first leg of their long journey from Syria.

Every morning they come. Packed into small rubber dinghies, they risk their lives to cross from Turkey for this moment.

There is jubilation, relief, gratitude. Some are simply overcome. They've survived war and covered hundreds of miles across land and sea.

Most of the people on this boat fled the Syrian city of Deir Ezzour to escape life under the rule of the Islamic State of Iraq and Syria (ISIS).

Life under ISIS is "very hard," Dina said. "There were bombs from ISIS and from the regime."

Up to 1,000 refugees are arriving on the Greek island of Lesvos every day.

Jawan, 16, left his family in Aleppo with the hopes of starting a new life in Germany.

Asked if he was excited or nervous, he responded: "I'm so happy, like, I'm safe right now." He added "it's been a long time" since he felt safe.

That optimism is often smashed by the challenges of the journey ahead.

The flood of refugees has raised tensions in this cash-strapped country where resources are already stretched thin. In the tourist town of Molyvos, volunteers like Jeannie from New Zealand work to organize transportation for those who can't walk the 40 miles to catch a ferry to Athens.

"You know, there's desperation," Jeannie said. "Absolute desperation." She said she's "never, never" seen anything like it before. "And I hope I never have to again."

Most of the people who spoke to CBS News said they plan to travel further north to richer countries like Germany, which expects 800,000 arrivals this year. But many of those crossing Europe face a hostile reception from stun grenades and riot police and even a new wall being built to keep them out.