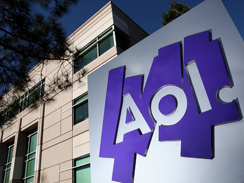 (CBS/AP) NEW YORK — AOL Inc.'s (AOL) $1 billion deal to sell and license patents to Microsoft Corp. (MSFT) is another in a series of "Antiques Roadshow" moments in the technology world. Faded companies have been rummaging through their assets recently, and some of them have found musty old patents that turn out to be worth a great deal.

Patents have become a hot commodity in recent years. They give the holder the exclusive right to use certain technologies or business processes in the U.S. Companies such as Microsoft, Apple, Facebook, Google and others are collecting large patent libraries and increasingly using them in lawsuits - to defend their businesses or to attack rivals.

What if Microsoft made a Ford Mustang?
AOL to sell over 800 patents to Microsoft
Microsoft apologizes to 'Smoked by Windows Phone' winner

"Patents have become legal weapons. They're not representing ideas anymore," says James Bessen, a lecturer at Boston University and the director of a nonprofit that studies patent issues.

Two big deals in the past year have pushed patents into the spotlight.

In July, a consortium that included Apple Inc. and Microsoft Corp. pledged to pay $4.5 billion for a collection of patents from Nortel Networks, a bankrupt Canadian maker of telecommunications equipment. By contrast, Nortel's once-prominent wireless networks business fetched just $1.13 billion in 2009.

The consortium outbid Google Inc. for the Nortel patents. But Google struck back in August, when it sealed a deal to buy cellphone company Motorola Mobility Holdings Inc. for $12.5 billion. Motorola is well past its prime as a cellphone maker, but as a technology front-runner for decades, its engineers had accumulated 17,500 patents for the company. The deal with Google has yet to close.

Google wants Motorola's patents as a defense against lawsuits related to its Android operating software for phones and tablets. Motorola, Samsung Electronics Co. and other phone makers have been riding Apple's coattails with devices that are similar to Apple's iPhone and iPad. Apple is fighting back, using patent law in an attempt to delay competitors.

Google supplies Motorola and Samsung with phone software, so it doesn't want to see Apple succeed with its lawsuits. It's buying Motorola so it can use its patents to sue Apple, a threat that could force Apple to the negotiating table or avoid suing Google's partners altogether.

Because of their complexity, high-tech products are particularly susceptible to patent litigation. Hundreds of thousands of patents could apply to a smartphone, for instance. A competitor sitting on any one of those patents could ask a court to stop sales of the product. Things rarely get that far, however. Instead, the defendant usually ends up paying the patent owner ongoing royalties.

These royalties can add up: Analyst Pierre Ferragu at Sanford Bernstein estimates that Taiwanese smartphone maker HTC Corp. pays about 10 percent of its revenue to license patents from other companies.

Christopher Marlett, the CEO of MDB Capital, an investment bank that focuses on intellectual properties including patents, says he believes the AOL deal was driven by the rivalry between Google and Microsoft. AOL has Internet-related patents, including some that cover mapping, given that it owns MapQuest, one of the pioneers in that area. Google and Microsoft have their own mapping services.

Much as Google, Microsoft and Apple are doing, Facebook is also buying patents from technology veterans to use in tomorrow's battles.

As a young, successful company with few patents of its own, it needs protection. In March, IBM Corp. sold Facebook 750 patents. The companies did not offer details on what the patents cover or the amount of money exchanged.

Which other companies are sitting on potentially valuable patent portfolios?

Eastman Kodak Co. (EK) started shopping around its digital-imaging patents last summer, but didn't manage to make a sale in time to avoid a bankruptcy filing. It's now set to sell the patents under the bankruptcy proceedings.

Though best known for film-based photography, Kodak created some of the first digital cameras. At a time when cameras now go into every phone, Kodak's patents could be worth $2 billion to $3 billion, according to various estimates. Last fall, investors valued the entire company at just over $1 billion, including its debts.

Patents may also represent a big part of the value of Research In Motion Ltd., the struggling maker of the BlackBerry. The company has seen a steep slide in sales, which has pulled its market capitalization down to $6.8 billion. Its patents could be worth $2 billion to $4 billion, analysts say.

Yahoo Inc., like AOL an Internet pioneer, has valuable patents and an ailing business as well. But its straits are not as dire as Kodak's and RIM's. Still, Yahoo chose to wield its patents in March, suing Facebook for infringement on 10 patents. As is customary, Facebook retaliated with its own patent suit against Yahoo, shortly after acquiring the patents from IBM.

The recent trend doesn't mean that patents are on an unstoppable rise in value. Ferragu, the Sanford Bernstein analyst, believes that the smartphone fight is heading for a truce, where a "gentleman's club" of companies figure out the relative strengths of their patent portfolios and work out royalty rates in accordance.

But patents are likely to keep driving deals.

"Patents are a very important asset class that have been ignored way too long," says Alexander Poltorak, CEO of patent-management firm General Patent Corp. "Patents are the currency of the knowledge-based economy."