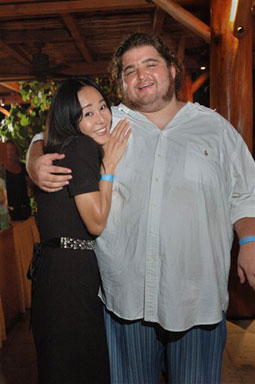 Breaking up is a hard thing to do for Microsoft Corp. The computer software giant filed a Supreme Court appeal Wednesday, asking the justices to send the case to a federal appeals court.

The appeal urged the justices to avoid "the onerous task of sifting through a large and complex record and forgoing the many benefits of intermediate appellate review."

"Indeed, the number and nature of the errors below militate strongly in favor of review by the court of appeals," the appeal said.

Microsoft contends that U.S. District Judge Thomas Penfield Jackson came to the wrong conclusion that the company was involved in illegally anti-competitive conduct. The company also complained about Jackson's contacts with reporters.

CBS Legal Correspondent Andrew Cohen reports that this isn't an appeal on Microsoft's merits, but merely asking SCOTUS to sit tight and not get involved in the case until a lower court has a first crack at it.

Company lawyers apparently believe that they might get more sympathy from those judges. So Microsoft is arguing that the issues at hand don't warrant an extraordinary fast track appeal as noted.

But The Justice Department wants the Supreme Court to first handle the appeal before sending it to the U. S. Circuit Court of Appeals for the District of Columbia. They will formally respond to Microsoft's appeal by Aug. 14 under an expediting agreement with them.

The nation's highest court is not expected to say whether it will grant direct review or send the case to the appeals court until sometime in September at the earliest.

Lawyers for Microsoft told the justices, "The importance of these cases will not lie in how quickly they are resolved but in their long-term effects on consumers and this nation's economy."

The appeal added: "Allowing these appeals to proceed along the normal route to the court of appeals will best serve those interests."

The 30-page appeal, filed along with a 312-page appendix, listed eight questions of antitrust law the justices should consider if they choose to grant direct review.

Among them are whether Microsoft's design of its Windows 95 and Windows 98 operating systems to include Web-browsing functions constituted a tie-in violation of federal and state antitrust laws.

Also included was a challenge to the "sweeping permanent injunctive relief" ordered by a federal trial judge.

The appeal also raised the judge's "extrajudicial communications with members of the press," contending that they "require that the judgment be reversed and, if the cases are remanded, that they be assigned to another district judge."

Among those restrictions, Jackson ordered Microsoft to divulge to outside developers technical information about the way its oprating systems interact with its software. Those developers would be able to pick apart the computer code without cost to improve their understanding of it and make their own products.

Microsoft also would no longer control what icons are on the Windows operating screen when a user buys a computer. A person buying a computer from a distributor such as Dell or Gateway would see a desktop that looked nothing like the usual Windows desktop.

Those restrictions no longer loom in the company's immediate future.

Under Jackson's breakup plan, Microsoft would be split into two companies.

One would sell Windows, the operating system that runs most of the world's personal computers. The other would sell everything else the company produces, such as its Internet services and its lucrative Office software suite, which includes popular word processing and spreadsheet programs.

Microsoft had been sued by the Justice Department and 19 states. Microsoft's Windows software operates more than 90 percent of the world's personal computers.