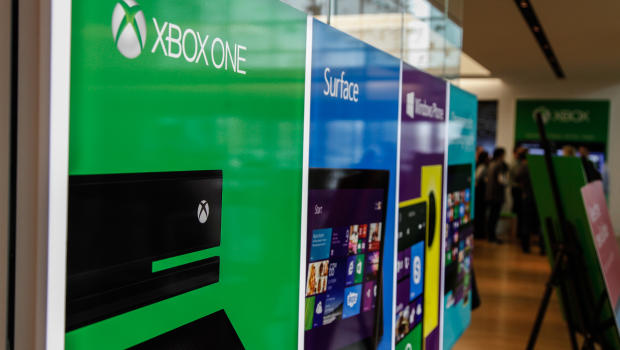 REDMOND, Washington - Microsoft reported revenue and earnings for its fiscal second quarter that topped Wall Street expectations, as the company sold 3.9 million Xbox One consoles and doubled revenue from its line of Surface tablets from a quarter earlier.

Net income in the quarter through December climbed to $6.56 billion, or 78 cents per share, from $6.38 billion, or 76 cents per share, a year ago. Revenue rose 14 percent to $24.52 billion. Analysts polled by FactSet expected earnings of 68 cents per share on revenue of $23.67 billion.
Outgoing CEO Steve Ballmer said the company had a "great holiday quarter." Surface revenue rose to $893 million in the quarter, up from $400 million in the three months through September.
The company appeared to withstand a steep decline in personal computer sales, which research firm Gartner pegged at a 7 percent decline worldwide in the December quarter and IDC put at 6 percent. Microsoft said revenue from its flagship operating system fell just 3 percent, reflecting a 12 percent gain from PCs that its partners sold to enterprises. Windows revenue from consumer purchases fell.
Overall, revenue from its devices and consumer segment grew 13 percent to $11.91 billion, while revenue from commercial products like server operating systems and cloud computing services grew 10 percent to $12.67 billion. Shares rose $1.66, or 4.6 percent, to $37.74 in after-hours trading Thursday following the release of the results. Earlier, the stock closed the regular session up 15 cents at $36.08.