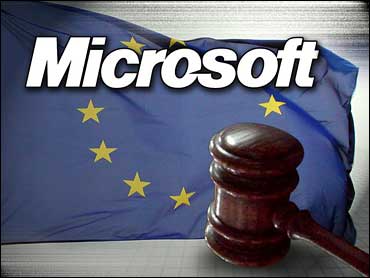 The European Commission forced the world's largest software maker to offer a product no one wanted and no one bought, Microsoft Corp. told a European Union court on Monday as it began trying to overturn a landmark antitrust ruling.

Microsoft lawyer Jean-Francois Bellis said in his opening statement that the Commission made "fundamental errors of fact and reasoning" in its decision two years ago that the company abused its dominant market position to muscle into media software.

The Commission's order that Microsoft offer customers a version of its Windows desktop operating system without Media Player — intended to give people a free choice of media software — has been a spectacular failure, he said.

In its core market, no computer maker had shipped a PC or laptop with the media-free Windows XP N version. "Not a single one," Bellis told the 13 judges. Some 90 percent of Windows sales come from being pre-installed on computers when they are sold.

XP N sales represent 0.005 percent of overall XP sales in Europe, Microsoft told the court, and many of the ones produced may remain unsold, it said.

French retailer FNAC, the single largest retailer to order XP N accounting for 46 percent of the orders, has said that it sees no consumer demand for the product, Microsoft said.

"The failure to offer a product that nobody wants cannot be an abuse," Bellis said.

Bellis also said the Commission was wrong to predict that its media player would quash rival software.

Economist David Evans told the Court of First Instance that the success of Apple Corp.'s iTunes and the Macromedia Inc.'s Flash Player did not bear out EU forecasts.

More than 87 percent of computer users now play media on non-Windows software, Evans said, and PC manufacturers have doubled the number of media players pre-installed on personal computers in Europe over the last two years.

"If the Commission was correct, we should see a steep downward trend," he said.

The European Committee for Interoperable Systems — a group representing some of Microsoft's rivals — said this was false reasoning, because iTunes and others are not fully functioning media software that compete directly with Media Player.

"It (Windows Media Player) has become the dominant video streaming applications product today only because it was tied to the Windows monopoly," ECIS said in a statement.

"Consumer are obliged to accept Windows Media Player on the PCs they purchase and content providers have little choice but to write their content to work with the ubiquitous technology."

The EU fined the Redmond, Wash.-based company a record $613 million in 2004 after deciding that Microsoft had taken advantage of its position as the leading supplier of software for PC operating systems to elbow in on rivals for work group server operating systems and for media players.

The commission ordered Microsoft to share information and communications code with rivals and to market the version of Windows without its media player.

Bellis claimed that stripping out Media Player from Windows XP created a sub-standard product. Removing some key code meant that XP N could not listen to CDs or play music from providers like Yahoo Inc. or Napster, Bellis said.

The hearing, expected to take five days, will focus on Microsoft's behavior in the late 1990s and will focus on two main issues — Microsoft's bundling of Media Player as a core part of its operating system and the Commission's order that Microsoft share information and code with competitors to help them make software that worked smoothly with Windows.

None of those companies are currently involved in the legal battle, although they are members of two broad industry coalitions — ECIS and the Software & Information Industry Association — that back the Commission.

ECIS lawyer Thomas Vinje says Microsoft vs. the European Commission has the potential to set the "rules of the road" for the software giant before it launches the latest version of its desktop software, Vista, which is due in stores early next year.

The group filed a new complaint with regulators in February, and Vinje says Vista will try to squeeze out rivals by bundling security, search engine and office functions.

"The bottom line in this case is about the future, whether consumers will have the choice of that innovation in future or whether Microsoft will be allowed to contain competition and innovation," he said.

Microsoft, however, says it must be allowed to enhance its programs and guard its intellectual property.

"The ability to innovate is important for the success of any company and for the economic success of any country," said Microsoft lawyer Brad Smith before the hearing. "We think that the facts will show that there is strong competition and consumer choice."

Smith said the EU court's decision, which isn't expected for a year to 18 months, would reverberate across the industry, regardless of the outcome.

"The impact of this case goes far beyond Microsoft," he said.

The EU said in December that Microsoft has not done enough to help its rivals develop compatible software and threatened Microsoft with daily fines of up to $2.4 million, backdated to Dec. 15, unless it complied. It has not yet decided whether it will levy these extra fines.

Amazon workers in 30 other countries protest on Black Friday