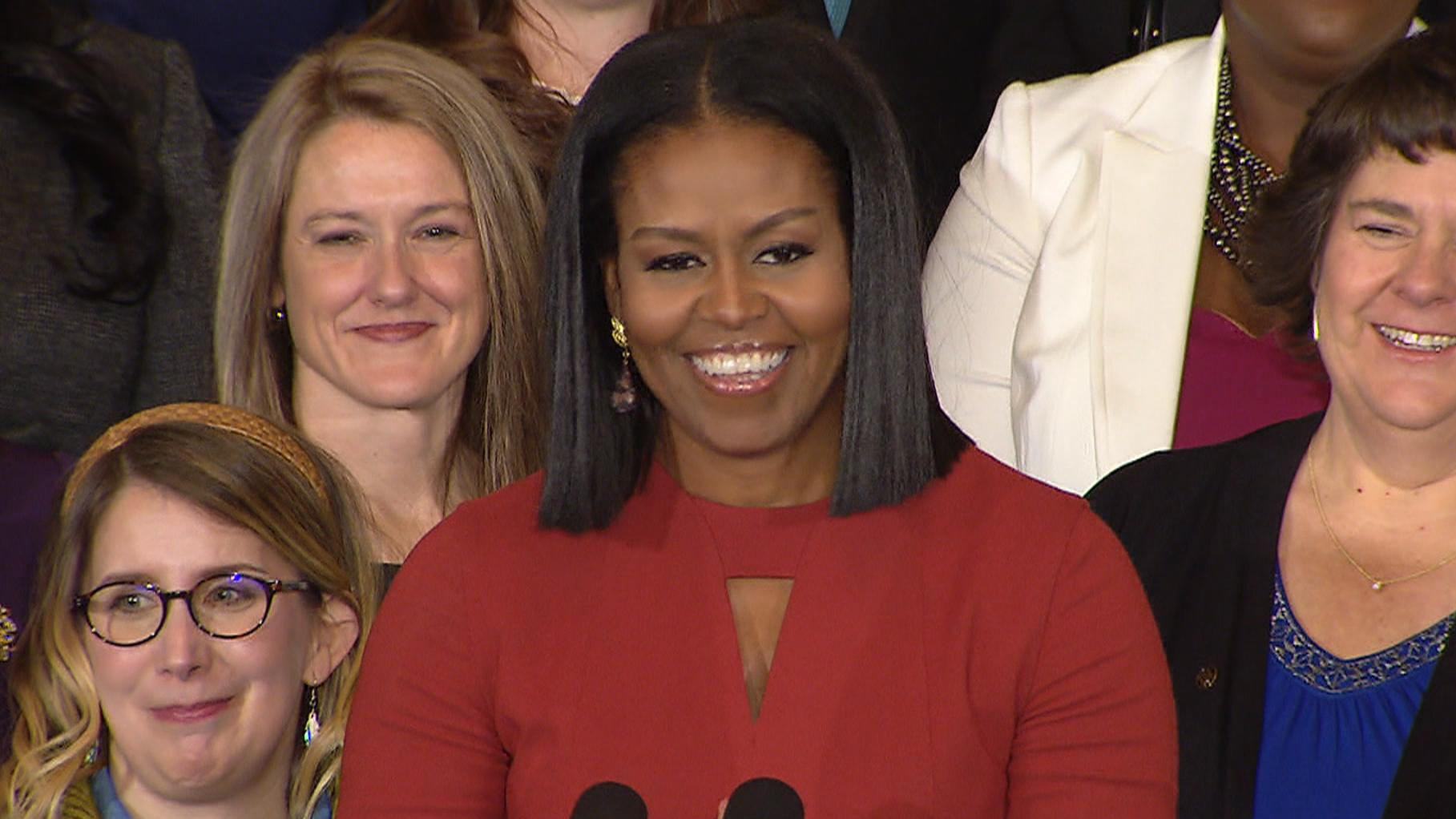 "Politics is tough, and it's hard on a family...I wouldn't ask my children to do this again because, when you run for higher office, it's not just you, it's your whole family," she said during a conference in Orlando, Florida, according to The Orlando Sentinel.

She said that it's "all well and good until you start running, and then the knives come out," according to the report.

President Obama has repeatedly ruled out the idea of his wife ever running. During an interview on Sway Calloway's radio show "Sway in the Morning" last October, he emphatically said it will never happen.

"She will never run for office," he said. "She is as talented and brilliant a person as there is and I could not be prouder of her, but Michelle does not have the patience or the inclination to actually be a candidate herself. That's one thing y'all can take to the bank."

In January of last year, the president also poured cold water on the prospect of his wife running for president.

President Obama held his first public post-White House event this week at the University of Chicago in which he spoke to students about the importance of public service.