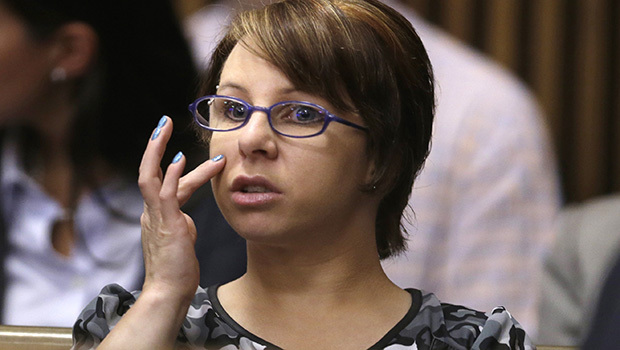 (CBS/AP) Michelle Knight, one of the three women held captive for about a decade by Cleveland kidnapper Ariel Castro, will speak on the "Dr. Phil" show this week about her experiences inside the home.

Knight was kidnapped in 2002 and held there for 11 years. She escaped along with Gina DeJesus and Amanda Berry May 6 after Berry kicked out a screen door and called to a neighbor for help.

A statement released by he "Dr. Phil" show says that during the segments, which will air Nov. 5 and 6, Knight  "describes the horrible conditions in the house" and reveals her physical, mental and sexual abuse. Knight also discusses being "tied up like a fish" and spending weeks chained and tortured in the basement.

"Was he afraid you would yell out?" television host Phil McGraw asks the woman in the episode, shown in a preview on the "Dr. Phil" website.

"Yeah, that's the reason why he taped my mouth shut," Knight said.

"I picked the lock and I tried to escape," Knight said. "And [Castro] says, 'Now you're going to be punished.'"

Castro pleaded guilty to more than 900 counts, including kidnapping, torture and rape, and was sentenced to life in prison in a plea deal that spared him the death penalty. He was found hanging in his prison cell Sept. 3, just three weeks into his sentence.

At Castro's sentencing, Knight said capital punishment would have been "so much easier" than a life sentencefor the 53-year-old.

"You took 11 years of my life away, and now I have got it back," Knight said. "I spent 11 years in hell. Now your hell is just beginning."

Complete coverage of the Cleveland kidnapping on Crimesider