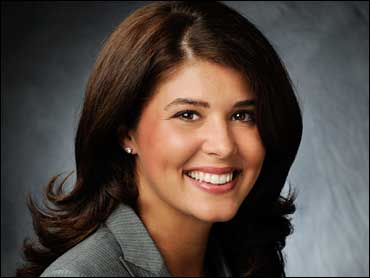 Michelle Gielan joins CBS News on July 21, 2008, as anchor of the CBS Morning News, as well as a correspondent for the Saturday and weekday morning broadcasts.

Gielan has been a reporter and substitute anchor for WFLD-TV Chicago since October 2005. She has covered a wide variety of stories, from politics to crime to technology to extended features. Gielan broke the story of a secret list kept by the Chicago Police Department of officers who had been cited for numerous allegations of police brutality, and she covered live the march of more than half a million immigrants in Chicago. She anchored live coverage of the 2004 bombing of the London underground, as well as space shuttle landings and election nights.

Before that, Gielan was the morning anchor at KTSM-TV El Paso, Texas (2004-05). She also served as a freelance anchor/reporter for Channel One in Los Angeles (2003).

After graduation from college, Gielan was a software engineer working in Boston and London.