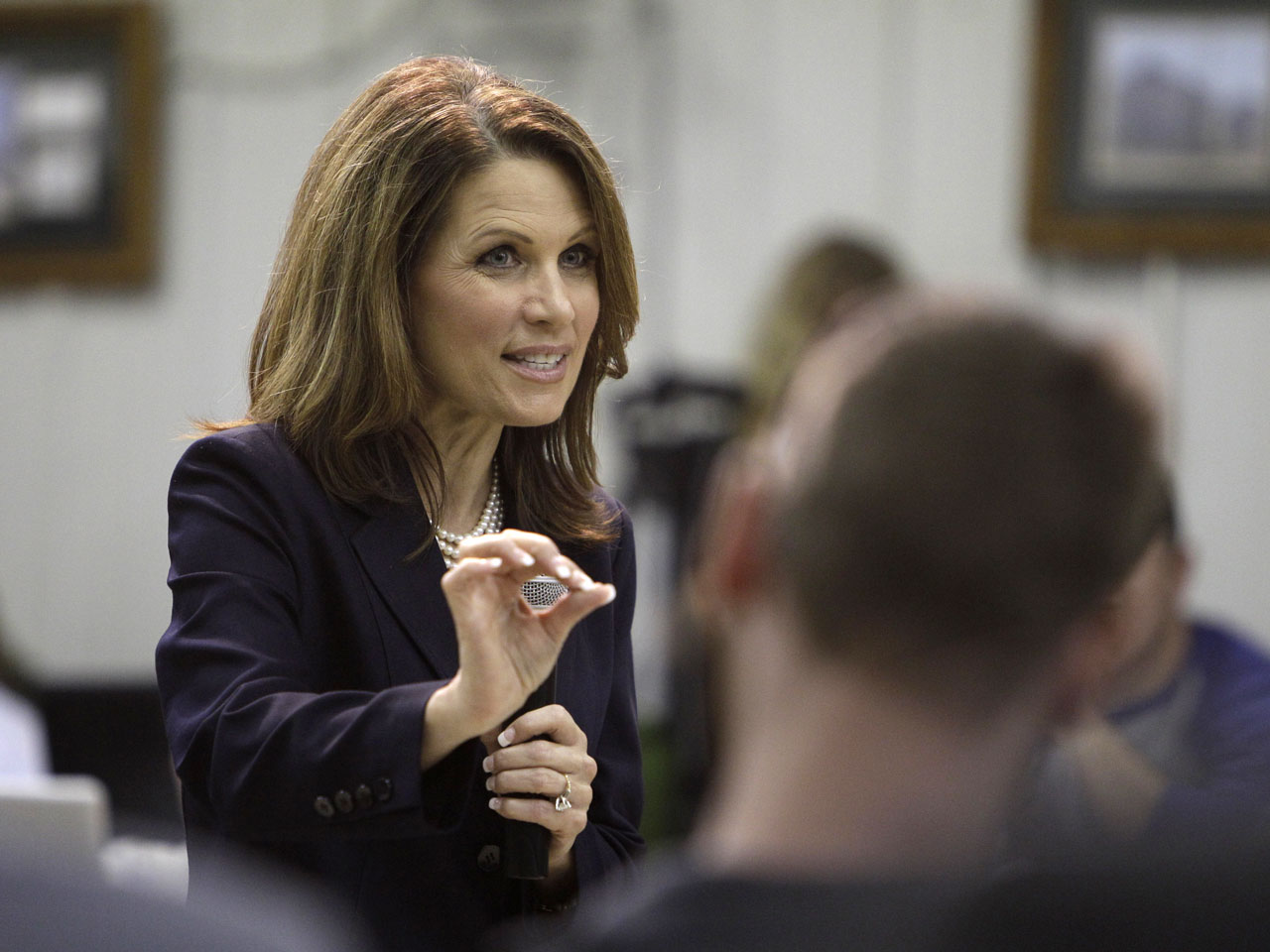 WATERLOO, Iowa - Back in her hometown Monday, Republican presidential contender Michele Bachmann waxed nostalgic for an era when people were responsible for purchasing their own insurance, rather than being tethered to an employer for coverage.

"When I grew up here in Iowa, we owned our own health insurance. We didn't necessarily have it from our employer," she said.

Asked in a round-table with workers at OMJC Signal, a family-owned public-safety equipment manufacturer, how small businesses can afford health care for their employees, the Minnesota congresswoman said they shouldn't have to buy it.

"I think you should be able to own your plan, so your employer doesn't own it - you get to own it, and you buy it with your own tax-free money," Bachmann responded. She added, "You should be able to set aside whatever amount of your income you need to purchase the kind of health care you need for yourself, for your family."

In the receptive crowd of about 30 on the plant floor was Wayne Natvig, who had a special reason for coming to see Bachmann. "She's my cousin," he said. "I'm all for her." But Natvig added. "She's got a tough road to hoe. . . She's already taken a lot of abuse."

The latest example came Monday, as her one-time top political adviser, Ed Rollins, suggested that Bachmann doesn't have the financial resources to go the distance in the presidential campaign. Bachmann brushed off Rollins' remarks in a question-and-answer session with reporters here. "Our campaign is alive and well and doing very, very well and we're thrilled with how we're doing," She said.

Bachmann reiterated her position as the candidate "most committed to the full-scale repeal of Obamacare." She warned that the plan would soon lead to "rationing" of health care services.

"What it will mean for a lot of us, is that when we need to see the doctor and we call up and say 'Hey I want to get in," rather than being able to get in this afternoon or tomorrow, we might have to wait two weeks," Bachmann said.

The plant visit was the congresswoman's second of the day, as part of a two-day swing through Iowa. She spent the morning touring another plant, Sukup Manufacturing in the small town of Sheffield, in north-central Iowa. It's an itinerary that underscores the importance that the state, which will host the first contest of the 2012 presidential race early next year, has for Bachmann. "No other candidate has been in Iowa as much as I have," she said.