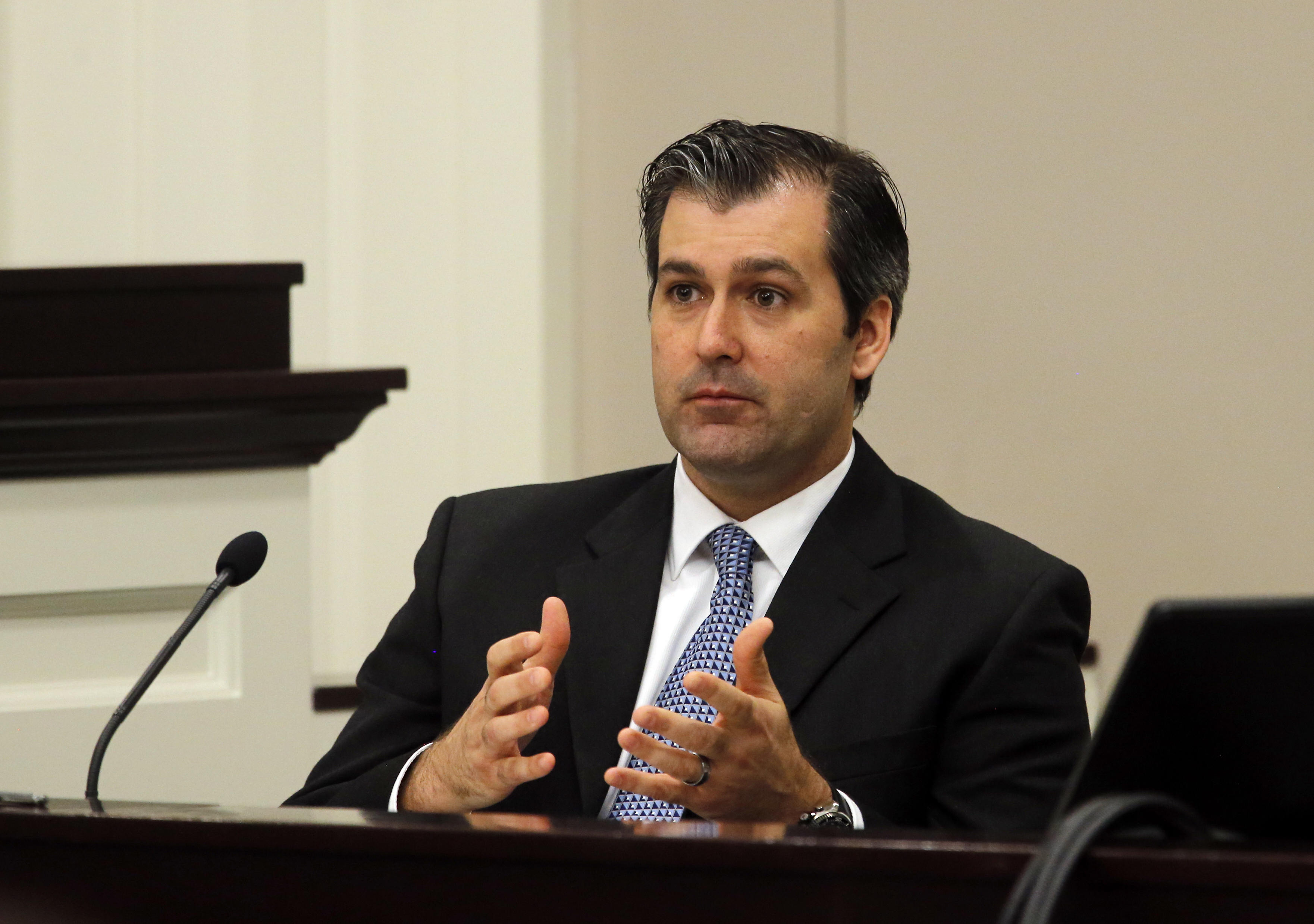 CHARLESTON, S.C. – A lone juror will not vote to convict Michael Slager, the former South Carolina police officer accused in the fatal shooting of a black man. But jurors told the judge late Friday afternoon that they would continue deliberating and wish to return at 9 a.m. on Monday.

Slager, who is white, is charged in the death of 50-year-old Walter Scott, who was shot five times in the back in April 2015 as he fled a traffic stop after his 1990 Mercedes was pulled for a broken taillight. A bystander’s cellphone video of the shooting shocked the nation.

On Friday afternoon, the jury announced they were unable to reach a unanimous verdict, but a judge sent them back to continue deliberations. Around 4:30 p.m., Judge Clifton Newman read a letter from a single juror who said it was impossible for him or her to agree with the other jurors on a guilty verdict.

Newman read the letter to the court in which the juror wrote he “can’t in good conscience approve a guilty verdict” and would not change his mind.

Newman then asked the clerk of court to speak with the jury foreman to determine whether the jury is “hopelessly deadlocked,” according to CBS affiliate WCSC. The jury responded with a note saying, “Yes, we are deadlocked,” and “the juror is not moving.”

When brought before the judge, however, the jury foreperson said the panel might be able to reach a unanimous verdict if they were further instructed on the law. They once again returned to the deliberation room as a defense lawyer moved for a mistrial. The judge discussed the matter with the prosecutor and the defense, and declined to declare a mistrial. The court is awaiting a note from the jury regarding the legal issue they wish to be instructed on.

Slager testified that he feared for his life when he said Scott wrestled with him, got control of his Taser and pointed it at him.

The 12-member jury - comprised of 11 white members and one African-American - heard testimony from 55 witnesses during the month-long trial.

The jury is allowed to consider a lesser charge of voluntary manslaughter, which is shooting someone in the heat of passion. A murder conviction, which requires the jury to agree that Slager had malice toward Scott, carries a sentence of 30 years to life.

Voluntary manslaughter carries a sentence of from two to 30 years.

On Thursday, the jurors asked for transcripts of key testimony and wondered about the difference between passion and fear. Judge Clifton Newman told the jurors Friday morning that the court could not instruct them on those definitions, saying it’s a distinction jurors must decide.

At around 1:00 p.m. Friday, the jury asked for the testimony of Feidin Santana, the man who recorded the cellphone video of the shooting. Newman said he would be willing to re-play Santana’s statement to the court.

Shortly after requesting the testimony, the jury again sent a note to the judge, this time saying, “It is clear that jurors will not be able to reach a consensus.”

Newman ordered them to continue deliberating.

“It isn’t always easy for even two people to agree, so when 12 people must agree, it becomes even more difficult,” Newman said.

However, the judge said the jurors have a “duty” to make every effort to reach a unanimous verdict.

While he said each juror has a right to their own opinion and cautioned against giving up firmly held beliefs, he said “you should carefully consider and respect the opinions of everyone and re-evaluate your positions for reasonableness, correctness and impartiality.”

Newman ordered jurors to “lay aside all outside matters and re-examine the questions before you based on the law and the evidence in this case.”

The jury was handed the case Wednesday evening.

Can a 911 call decide the fate of a doctor charged with wife's murder?