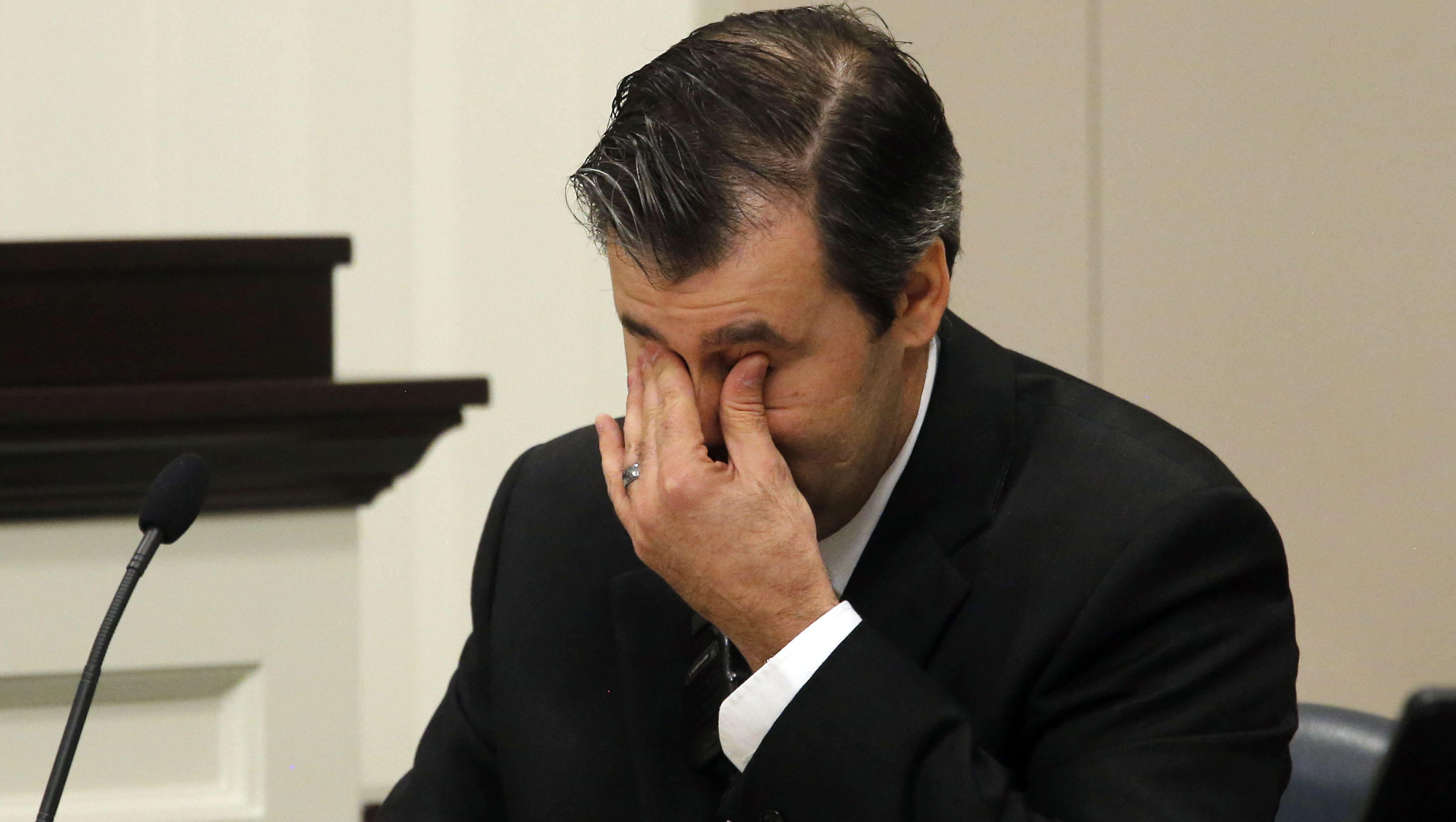 CHARLESTON, S.C. — Former North Charleston patrolman Michael Slager choked back tears on Tuesday, testifying in his own defense that he felt “total fear” when the black motorist he was chasing from a traffic stop got control of his Taser and pointed it at him.

Slager, 35, faces 30 years to life if convicted of murder in the shooting of 50-year-old Walter Scott, who managed to break away and run dozens of feet from the officer and his stun gun before falling to the ground with five bullets in his back.

The shooting stunned the nation after a bystander captured the scene on a cellphone video, images that have been played multiple times in the courtroom during Slager’s trial.

Slager, who is white, testified in a subdued voice that he had pulled Scott over for a broken taillight, and was preparing to write him a warning ticket when Scott bolted from his car, ran down a road and into a vacant lot.

“In my mind at that time was, people don’t run for a broken taillight. There’s always another reason,” he testified. “I don’t know why he ran. It doesn’t make any sense to me.”

He said he shot his Taser three times, firing both sets of electric darts before using the emptied weapon near Scott’s skin in a so-called “dry stun.”

Slager said Scott fell to the ground after he fired the second time, and he tried to subdue him, pushing him down with an elbow while holding the Taser in one hand and reaching for his radio to call for backup with the other. That was when Scott grabbed the stun gun, he said.

“He rips it out of my hand,” Slager said, demonstrating the position he said he was in.

“I knew I was in trouble,” Slager testified, adding that Scott “was extending his right arm, leaning forward and coming at me.”

“I was scared” and in “total fear that Mr. Scott didn’t stop” resisting arrest, Slager said.

The video begins at roughly this point, showing Scott breaking away from what Slager said was their confrontation over the Taser.

“At that point I pulled my firearm and pulled the trigger,” he said. “I fired until the threat was stopped as I was trained to do.”

Once the mortally wounded Scott fell to the ground, Slager walked up and handcuffed his body.

The bystander continued to record the immediate aftermath. The video shows Slager walking back to the spot where they struggled, picking up the Taser, and then returning to drop the stun gun near Scott’s body. Asked by his defense lawyer to explain that, Slager said officers are trained to account for their weapons.

“I must have dropped it by Mr. Scott’s body. I don’t remember doing that,” he said. And when asked if he was trying to plant evidence, Slager said no.

“A lot of this is fuzzy in my mind,” Slager testified at one point.

Asked if he would do again what he did in April 2015, Slager said “that’s a hard question to answer.”

“I had to make a split-second decision” when Scott grabbed the Taser, Slager said.

But knowing what he knows now, he said he would not have chased Scott on foot in the first place: “Absolutely not. I would have called for backup,” he said.

The prosecution began cross-examining Slager later Tuesday. The case is expected to go to the jury - eleven white people and one black man - by week’s end.