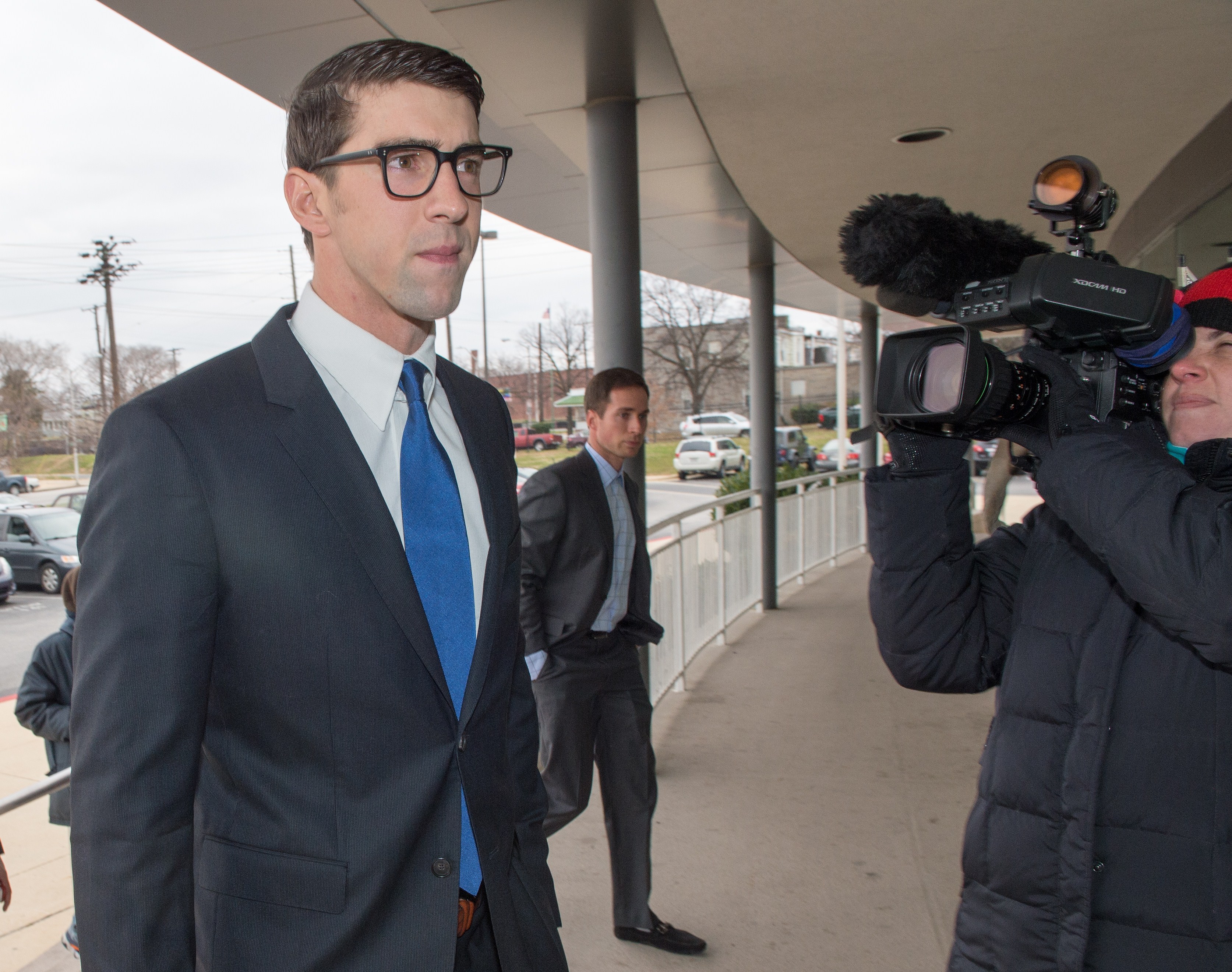 Phelps, 29, was arrested on Sept. 30. Documents show he was stopped for speeding and crossing the double yellow line while driving in the Fort McHenry Tunnel. Police say Phelps registered a .14 percent on a blood-alcohol test. The legal limit is .08 percent in Maryland.

He was sentenced to a year in prison, but the prison sentence is suspended. He must be on probation for a year and a half. CBS Baltimore reports that Phelps' mother and sisters and former Ravens linebacker Ray Lewis were in the courtroom.

Phelps arrived at the courthouse in a green Mercedes with his attorney, wearing a suit and tie. His attorney said Phelps began a treatment program immediately after his arrest, including 45 days of inpatient treatment in Arizona. A letter from his doctor there was glowing, saying he was forthright and cooperative.

Phelps also is attending Alcoholics Anonymous and is continuing with therapy in Maryland.

"I now have the tools to move past this. What I did was wrong, and I made a bad mistake. I'm looking forward to having a much brighter future than I had in the past," Phelps told the judge.

Judge Nathan Braverman told Phelps that success overcoming alcohol would not come overnight, and warned him of the consequences of another slip-up.

"You don't need a lecture from the court," Braverman said. "If you haven't gotten the message by now, or forget the message, the only option is jail."

The officer who interviewed Phelps noted in his report that he pulled Phelps over for going 84 mph in a 45 mph zone. The officer wrote that he smelled alcohol in the car and on Phelps' breath, and that the swimmer's speech was "mush-mouthed" and his eyes were red and bloodshot.

During this year's arrest, when the officer asked the 18-time gold medalist to stand on one leg as part of a sobriety test, Phelps replied, "that's not happening," according to a police report. Phelps also appeared "disoriented and argumentative" when placed under arrest and asked to take the sobriety test again, this time by the side of the road. Ultimately though, Phelps did not re-attempt the test and was taken to the station for processing.

Afterward, an officer dropped Phelps off at his home in Baltimore, according to the Maryland Transportation Authority Police.

It was not Phelps' first brush with the law, or with drinking and driving. His first DUI arrest came in 2004 on the Eastern Shore of Maryland when he was 19. He was sentenced to probation and required to talk to high school students about alcohol awareness. Phelps pleaded guilty to the charges, but as a young first-time offender he avoided conviction.

Another embarrassment for Phelps came in 2009, when a British tabloid newspaper published a photo of him using a marijuana pipe at a party in South Carolina. Afterward, Phelps was suspended from USA swimming for three months and one of his major sponsors, Kellogg Co., dropped him.

Before the latest arrest, Phelps came out of retirement with his sights set on competing at a fifth Olympics in Rio. The plea is not expected to have any impact on those plans.

He has returned to training and a six-month suspension imposed by USA Swimming ends on March 6, allowing him to swim the final three events on the U.S. Grand Prix schedule. Phelps might also seek to add some international meets to beef up his 2015 schedule, since he is also banned from swimming in next summer's world championships in Russia.

"We're looking at a lot of different options for competition," his coach, Bob Bowman, told The Associated Press in a recent interview. "We're just taking it one day at a time. He's back in training, and we're seeing how things go. We'll look at things in March and really go from there."

Phelps retired after the 2012 London Olympics but changed his mind a year later. Bowman said the swimmer was in much better shape, even after his DUI arrest and taking time off, than he was during his initial return to the pool.

Phelps won three golds and two silvers at one of the biggest meets of the 2014, the Pan Pacific Championships in August. He was named the male athlete of the year by USA Swimming.