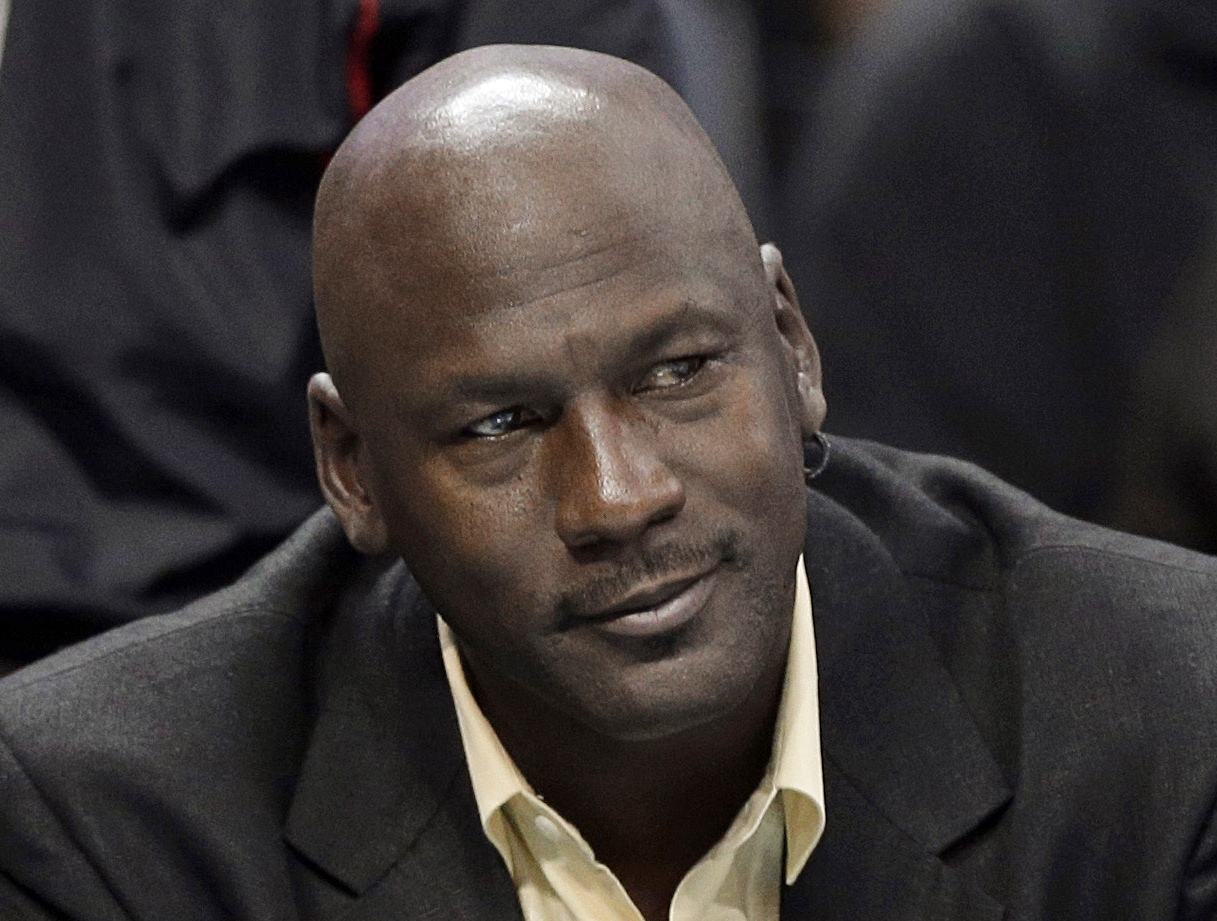 The NBA great and Charlotte Hornets owner said Monday he is giving $1 million to the Institute for Community-Police Relations and $1 million to the NAACP Legal Defense Fund. The aim is to help build trust following several shootings around the country.

"As a proud American, a father who lost his own dad in a senseless act of violence, and a black man, I have been deeply troubled by the deaths of African-Americans at the hands of law enforcement and angered by the cowardly and hateful targeting and killing of police officers," Jordan said in a statement released on The Undefeated website. "I grieve with the families who have lost loved ones, as I know their pain all too well."

Jordan's father was killed in 1993 in a botched carjacking in North Carolina. Daniel Green and his friend Larry Demery were convicted of killing 56-year-old James Jordan along U.S. 74 and dumping his body in South Carolina. Both were sentenced to life in prison.

"I was raised by parents who taught me to love and respect people regardless of their race or background, so I am saddened and frustrated by the divisive rhetoric and racial tensions that seem to be getting worse as of late," Jordan said in the statement. "I know this country is better than that, and I can no longer stay silent. We need to find solutions that ensure people of color receive fair and equal treatment AND that police officers - who put their lives on the line every day to protect us all - are respected and supported."

Jordan's stand and statement come during a time when NBA players have become more outspoken, reports CBS Chicago. At the ESPY Awards on July 13, NBA stars LeBron James, Carmelo Anthony, Chris Paul and Dwyane Wade opened the show by calling on their peers to speak up and take leading roles regarding issues of police brutality, gun violence and racial injustice.

Jordan won six NBA championships with the Chicago Bulls and became one of the most popular and respected basketball players in the world.

After retiring, he became the majority owner of the Hornets in 2010.

"Over the past three decades I have seen up close the dedication of the law enforcement officers who protect me and my family," Jordan said. "I have the greatest respect for their sacrifice and service. I also recognize that for many people of color their experiences with law enforcement have been different than mine. I have decided to speak out in the hope that we can come together as Americans, and through peaceful dialogue and education, achieve constructive change."

Jordan said he chose the Institute for Community-Police Relations because its policy and oversight work is focused on building trust and promoting best practices in community policing. He gave to the NAACP Legal Defense Fund, the nation's oldest civil rights law organization, to support its work in support of reforms aimed at building trust and respect between communities and law enforcement.

While Jordan said the contributions alone won't be enough to solve the problem, he added: "I hope the resources will help both organizations make a positive difference. We are privileged to live in the world's greatest country - a country that has provided my family and me the greatest of opportunities.

"The problems we face didn't happen overnight and they won't be solved tomorrow, but if we all work together, we can foster greater understanding, positive change and create a more peaceful world for ourselves, our children, our families and our communities."