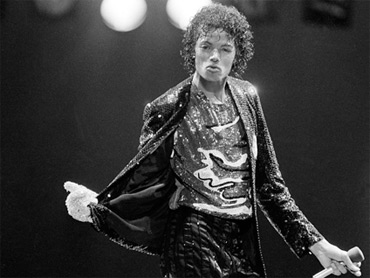 Michael Jackson, the moonwalking former child star who became known the world over as the "King of Pop" before his life and career deteriorated in a freakish series of scandals, has died. He was 50.

Jackson died at UCLA Medical Center in Los Angeles. Ed Winter, the assistant chief coroner for Los Angeles County, confirmed his office had been notified of the death and would handle the investigation.

The circumstances of Jackson's death were not immediately clear. Jackson was not breathing when Los Angeles Fire Department paramedics responded to a call at his Los Angeles home about 12:30 p.m., Capt. Steve Ruda told the Los Angeles Times.

His death brought a tragic end to a long, bizarre, sometimes farcical decline from his peak in the 1980s, when he was popular music's premier all-around performer, a uniter of black and white music who shattered the race barrier on MTV, dominated the charts and dazzled even more on stage.

Jackson burst onto the music scene with his brothers in the 1960s. The Jackson Five quickly went from their hometown of Gary, Indiana to the top of the charts.

Jackson's 1982 album "Thriller" still is the top-selling album of all time, and Michael Jackson was the top performer in the world through much of the 1980s. But somewhere along the way, Jackson went from the "King of Pop" to wacko Jacko.

Some say it started with an accident during the filming of a TV commercial that burned his scalp severely and led to a dependence on prescription pain killers. He became an increasingly reclusive and odd figure.

Jackson ranked alongside Elvis Presley and the Beatles as the biggest pop sensations of all time. He united two of music's biggest names when he was briefly married to Presley's daughter, Lisa Marie, and Jackson's death immediately evoked that of Presley himself, who died at age 42 in 1977.

"I am heartbroken for his children who I know were everything to him and for his family," Lisa Marie Presley said in a statement. "This is such a massive loss on so many levels, words fail me."

Jackson was a father of three, despite ongoing speculation that they could not be his natural children. He sparked one of his many scandals when he dangled one of the children over a balcony, causing concern of his parenting skills.

All of those scandals paled to the ongoing suspicion of child abuse. He paid one boy more than $20 million to make his allegations go away, but it happened again one day in November 2003.

The charges stemmed from a documentary in which Jackson stated again his belief that having young boys in his bed was completely natural.

"It's very right. It's very loving. That's what the world needs now," Jackson said at the time.

Much of the world saw it differently. Jackson was arrested, handcuffed, booked and eventually stood trial. The court case was a surreal spectacle befitting Jackson's bizarre way of life, including dancing on top of SUVS, pajamas worn to court, and a string of celebrities walking in and out of the courthouse in Santa Maria, California.

"Please keep an open mind and let me have my day in court," Jackson said.

But the inconsistent testimony from the boy and his family members, including a truly bizarre five days on the stand from the boy's mother, convinced the jury Jackson was not guilty. Still, the acquittal never completely put to rest the questions surrounding Michael Jackson, a curious figure who leaves behind a legacy of staggering musical genius, and stunningly bad judgment.

Jackson was preparing for what was to be his greatest comeback: He was scheduled for an unprecedented 50 shows at a London arena, with the first set for July 13. He was in rehearsals in Los Angeles for the concert, an extravaganza that was to capture the classic Jackson magic: showstopping dance moves, elaborate staging and throbbing dance beats.

"I am absolutely devastated at this tragic and unexpected news," said music producer Quincy Jones, who worked with Jackson on numerous projects. "I've lost my little brother today, and part of my soul has gone with him."

Hundreds of people gathered outside the hospital as word of his death spread. The emergency entrance at the UCLA Medical Center, which is near Jackson's rented home, was roped off with police tape.

"Ladies and gentlemen, Michael Jackson has just died," a woman boarding a Manhattan bus called out, shortly after the news was annunced. Immediately many riders reached for their cell phones.

In New York's Times Square, a low groan went up in the crowd when a screen flashed that Jackson had died, and people began relaying the news to friends by cell phone.

"No joke. King of Pop is no more. Wow," Michael Harris, 36, of New York City, read from a text message a friend sent to his telephone. "It's like when Kennedy was assassinated. I will always remember being in Times Square when Michael Jackson died."