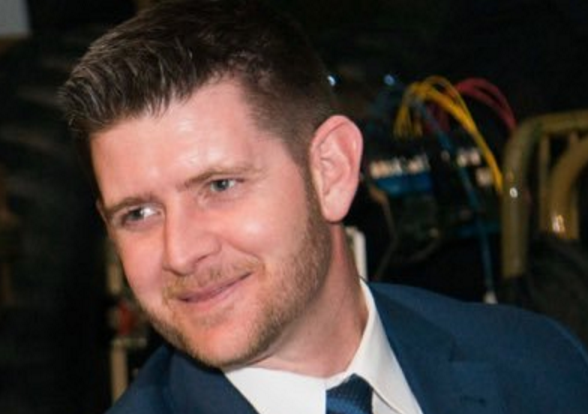 He offered his resignation when it became clear that he was becoming a significant distraction and his position helping his father was no longer tenable.

Flynn the younger was given the distinct impression that his tweets on fake news had become problematic and the transition did not intend to expend the energy or political capital necessary to defend him.

He did scheduling things for his father and other tasks, but senior transition ‎officials don’t know the extent of his work for his father. But he had quickly become a problem that was going to be solved immediately: he resigned before he was fired. Possibly seconds before, Garrett reported.

The Trump transition team told reporters Tuesday only that Michael G. Flynn is not working with the transition.

Michael G. Flynn could be seen attending at least a couple of meetings at Trump Tower with his father -- he’s shown standing behind his father in photos like this one:

And in the first weeks after the election, when there were signs that the transition had stalled, the younger Flynn tweeted denials.

The younger Flynn, who has been his father’s chief of staff at Flynn Intel Group, has attracted attention because of tweets about #Pizzagate, a fabricated story accusing Hillary Clinton leading a child sex trafficking ring at Comet Pizza in Washington, D.C. His tweet came after a a man named Edgar Welch showed up over the weekend at the pizzeria armed with an assault-style rifle so that he could investigate the story for himself.

Michael G. Flynn afterward tweeted that #Pizzagate would remain a story until it’s “proven to be false.”

Flynn has also trafficked in other conspiracy theories and fake stories, including one that said former President Bill Clinton had raped a 13-year-old and another that accused Sen. Marco Rubio, R-Florida, of being a gay cocaine user.