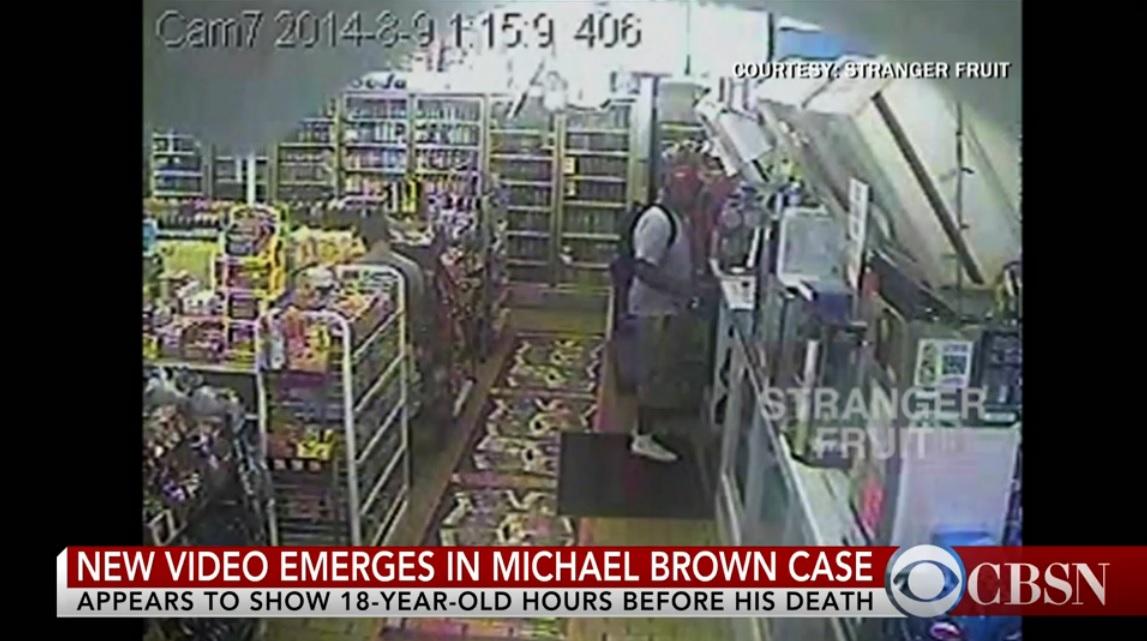 FERGUSON, Mo. -- A convenience store is disputing a new documentary’s claim that previously unreleased surveillance video suggests Michael Brown didn’t rob the store shortly before he was fatally shot by police in Ferguson, Missouri, in 2014.

One of the filmmakers, Jason Pollock, told The New York Times he believes the footage shows Brown trading a small amount of marijuana for a bag of cigarillos around 1 a.m. on Aug. 9, 2014. The video doesn’t clearly show what was exchanged, but shows Brown leaving behind the cigarillos.

Pollock reasons Brown intended to come back later for the bag of cigarillos.

But a lawyer for the store and its employees said no such transaction took place and that Brown stole the cigarillos when he returned to the store about 10 hours later.

“There was no understanding. No agreement. Those folks didn’t sell him cigarillos for pot. The reason he gave it back is he was walking out the door with unpaid merchandise and they wanted it back,” attorney Jay Kanzler told the newspaper.

Pollock argues the new footage challenges what authorities have said about Brown pushing a worker and taking cigarillos during the later store visit, shortly before the fatal police confrontation. Brown’s mother called it “a misunderstanding.”

Previously released surveillance video shows Brown strong-arming the store’s co-owner, Andy Patel, and pushing him as he left the store during the second visit. Patel reaffirmed his version of events on Sunday, telling the St. Louis Post-Dispatch Brown “grabbed the cigarillos and stole them.”

Brown, who was 18, was fatally shot minutes later by Ferguson police officer Darren Wilson. Brown, who was black, was unarmed. Wilson is white.

Kanzler told the Post-Dispatch Sunday night the video in the documentary had been edited and he would release the full video Monday. Kanzler said authorities and Brown’s family have long had the video in question.

According to the Post-Dispatch, “Word of the new video drew a group of protesters that grew to about 100 Sunday night. Eventually the market closed, and police cleared the parking lot.

“Shortly before midnight, 7 or 8 shots were heard from an area across the street from the market. There appeared to be no injuries. Someone stuffed a rag in the gas tank of a police car, but the damage was minor.”

Later, CBS St. Louis affiliate  KMOV-TV reported there was a large crowd outside the market but police were keeping the peace.

Some local officials who investigated the fatal shooting said earlier they didn’t think the new footage shed much light on the case.

St. Louis County Police Chief Jon Belmar told the St. Louis Post-Dispatch he wasn’t surprised that Brown was in the Ferguson Market earlier in the day. Belmar said his department focused on investigating the shooting, not the incident at the store.

Former Ferguson Police Chief Tom Jackson said he hadn’t seen the earlier surveillance video, but that he didn’t think it was fair to connect the store to a drug transaction.

The shooting led to months of unrest and sometimes violent protests in the St. Louis suburb. A local grand jury and the U.S. Department of Justice found no evidence of wrongdoing by Wilson, who resigned in November 2014.

But the shooting and protests led to scrutiny of Ferguson, resulting in a scathing Justice Department report alleging racial bias in the city’s criminal justice system.