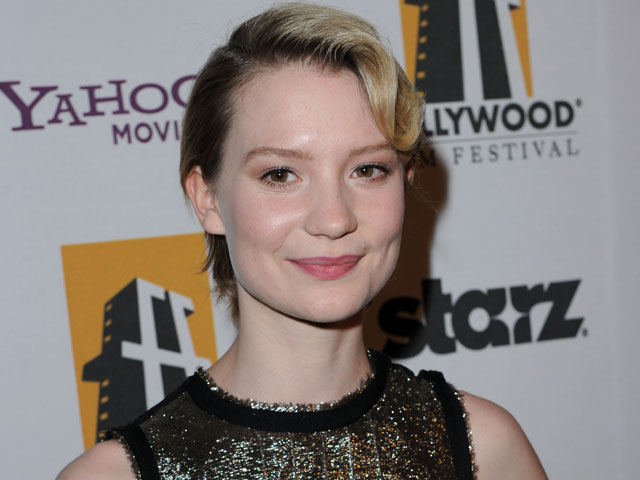 NEW YORK (CBS) Who was the top-grossing actress of 2010? You'll have to go down the rabbit hole to find out.

Australian actress Mia Wasikowska, who played the title role in "Alice in Wonderland," came in second place on the list, just behind Leonardo DiCaprio.

The list, compiled by Forbes, measures the actors who earned the most money at the box office this year. DiCaprio's "Inception" made $1.1 billion at the global box office, while "Alice in Wonderland" made $1.03 billion.

Wasikowska also starred in the critically-acclaimed film "The Kids Are All Right," with Annette Benning and Julianne Moore. That film earned a respectable $29 million at the box office - a healthy return, since the film was made on just a $4 million dollar budget, Forbes notes.

Johnny Depp is also featured in two movies on the list - "Alice in Wonderland" and "The Tourist," which raked in $29 million at the global box office.

Will Smith's son Jaden also appeared on the list with his summer hit "The Karate Kid" ($359 million), as did stars Robert Pattinson ($749 million) and Kristen Stewart ($698 million), who brought in money both for the "Eclipse" and their non-"Twilight" projects - Patterson also starred in "Remember Me," while Stewart played Joan Jett in "The Runaways."

Also on the list: Robert Downey Jr., who earned $808 million at the box office with "Iron Man 2" and the comedy "Due Date," and Daniel Radcliffe, for "Harry Potter and the Deathly Hallows: Part 1," which only opened a month ago but has already taken in $780 million worldwide.

Which actors and films did you pay to see at the box office this year? Share your thoughts in the comments.