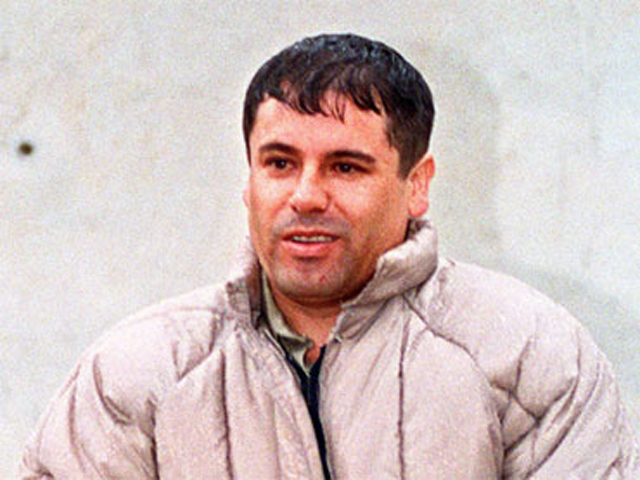 (CBS News) CHICAGO - Gun violence is out of control in Chicago. Just last night, there were eight shootings, two of them deadly.

In an afternoon drive on Chicago's southwest side, Jack Riley sees signs of what he calls the "toxic" drug war laying waste to this city.

Riley is special agent in charge of the Drug Enforcement Administration Office in Chicago and in four neighboring states.

Daily turf battles over drugs and distribution, he said, are turning parts of this Midwest city into a Mexican border town.

"One of the hardest jobs I've had in the past couple of years is to convince our law enforcement partners that we need an enforcement mentality as if we're on the border," Riley said.

As it stands now, at least three major Mexican cartels are battling over control of billions of dollars of marijuana, cocaine and -- increasingly -- heroin in this city. That includes the ultra-violent Zetas and the powerful Sinaloa cartel, run by its shadowy leader Joaquin "El Chapo" Guzman.

"The most dangerous criminal across all crime in the world is Chapo Guzman and this is one of his hubs," Riley said.

It's not surprising why Guzman operates in Chicago: the city's location and easy access to a wide variety of transportation.

"You've got to look at Chicago from really a perspective of logistics, of business logistics. It's an ideal spot to set up shop."

To fight back, Riley has taken lessons he learned five years ago as agent in charge of the DEA's EL Paso office. He's formed a 25-agency strike force featuring state and federal prosecutors, FBI, ATF, and local police that began operation in January. Its focus: shutting down "choke points" where gang leadership meets cartel lieutenants.

The same strategy he used, he said, led to several major arrests on the Texas border. A new border in Chicago is an even greater challenge.

"I'm telling you, I'm taking this personally." Riley said. "We're going to do something about it. Now this is a marathon, it's not a sprint, and our changes here with the strike force and the way we look at drug enforcement is going to take time. But it's going to have a lasting effect."

More than ever, Chicago's problem is turning into a Midwest problem. Cartel operations are also spreading to Milwaukee, St. Louis and Detroit.